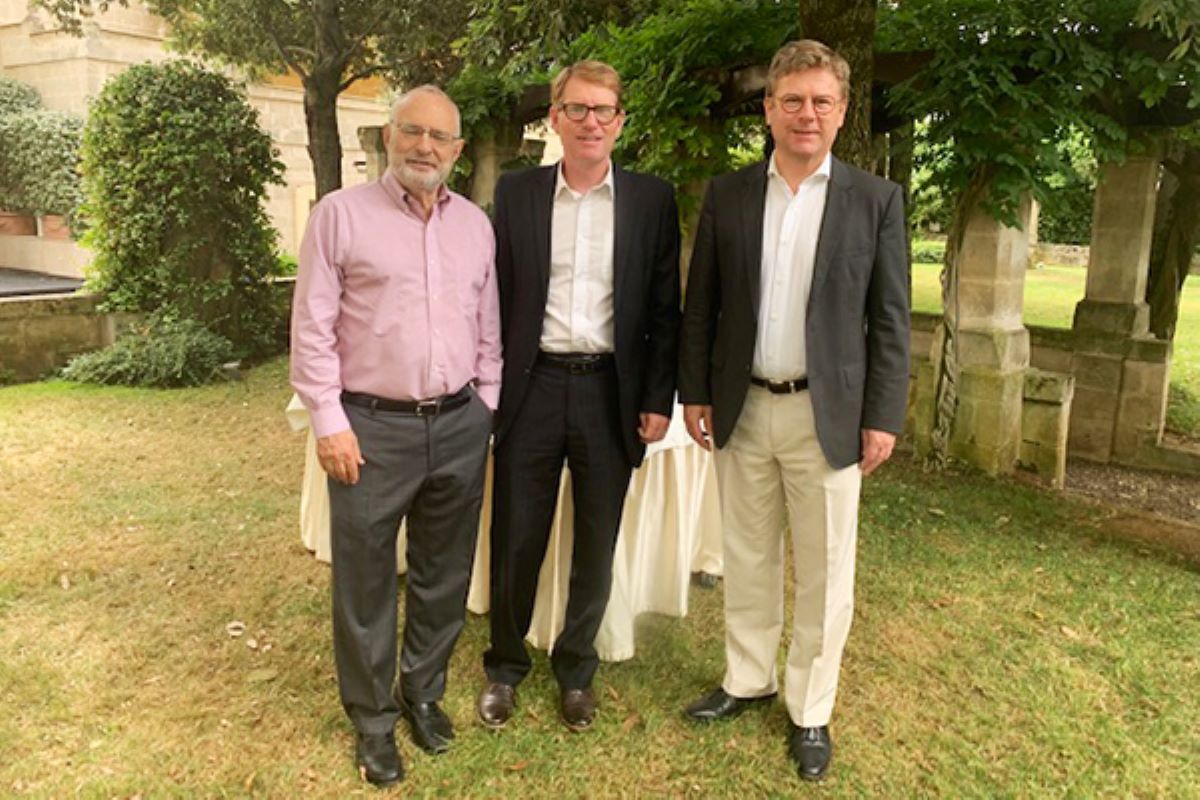 Nicholas P. Miller, Andrews University professor of church history and director of the International Religious Liberty Institute, recently presented a policy paper on the topic of “COVID-19 and Religious Liberty” at a Freedom of Religion or Belief working group that met in conjunction with the pre-meetings of the G-20 in Matera, Italy, from June 28–30.

An updated version of the paper will be submitted to the G-20 in Bologna, Italy, this September. The G-20, a gathering of leading national governments, deals with economic and human rights issues and makes important decisions impacting financial, economic, environmental and social issues for approximately 80 percent of the world’s population.

Miller shares, “I’m working with the Interfaith Forum, which seeks to bring religious values and appreciation for freedom of religion and belief to the G-20 process.” At the meetings in Matera, he collaborated with other religious and legal scholars to draft proposals for greater religious involvement in the G-20, as well as increased protection for religious belief.

The basis for the policy paper originated from a research project led by Miller and Alexis Artaud de La Ferrière, senior lecturer in sociology at the University of Portsmouth. It seeks to find a fair balance between religious freedom and public health through constructive dialogue.

“The pandemic year has highlighted the importance of religious input into economic and socialdecisions, as religious practices have often been the first to be limited and the last to be restored in many locations,” Miller expresses. “We also believe that religious people and bodies have much to contribute to the social and moral discourse of our day.”

As part of its commitment to international reach, those involved with the project have collaborated on a number of fronts, including a virtual conference in December 2020, sponsored by Andrews University, Brigham Young University Law School and the University of Portsmouth. The event invited scholars from across the U.S. and Canada to interact with those from Europe to understand similarities and differences between pandemic closings and religious freedom across countries. Miller explains, “This kind of comparison can help us understand how better to protect religious freedom during public health emergencies.”

As a result of the December conference, in March, the Andrews University International Religious Liberty Institute, along with Miller and Ferrière, were invited to become part of a working group on Freedom of Religion and Belief of the Interfaith Forum, which collaborates with leaders of the G-20. Miller notes the profile this gives Andrews University in having “a seat at the table of discussion about religious freedom issues not only nationally, but internationally.”

Edited papers will eventually be released as a special edition of a journal published by the International Religious Liberty Association, and the team plans to publish a book of additional materials. More information on the project can be found at the website: covid-religiousliberty.org.

This article was written by Isabella Koh and originally appeared on the Andrews University website.