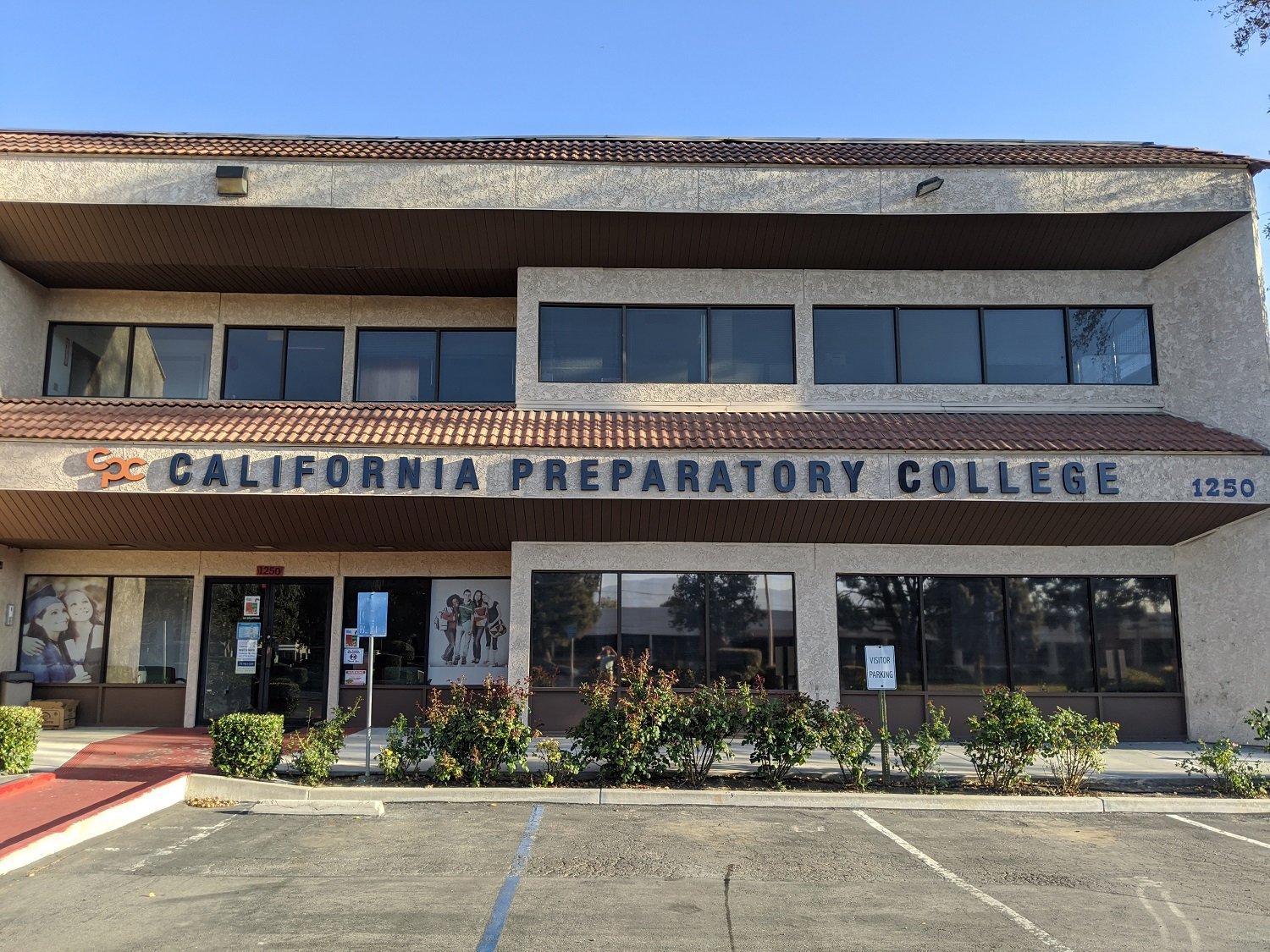 Spring 2007 was not a good time to start a college. But that is when a new junior college, grounded in Seventh-day Adventist beliefs, indeed began, with thirty students, in Redlands, California. It was called California Preparatory College (CPC), and its goal was to provide two years of low-cost, faith-based, higher education to prepare students for transfer, especially to Adventist colleges and universities in California and the rest of North America.

Disaster came in three waves. First, on January 1, 2007, just as CPC was preparing to open, the law authorizing the regulation of the private, postsecondary education sector in California was allowed to sunset, leaving the state without any regulatory body overseeing private institutions. The fledgling school could thus not even begin to apply for accreditation, because it could not register with the state. This limbo was to last for many years.

Next, student aid became almost impossible, when the private market for student signature loans evaporated that spring. CPC was committed to low tuition, but most college students need at least some help in the form of grants and loans, and without accreditation it could not offer government financial aid either.

Finally, the Great Recession arrived with the fall, the economy collapsed, and any reasonable hope of starting such a difficult new venture withered on the vine.

Except that it didn’t. The CEO, Gene Edelbach, as well as the board, administration, and faculty, were all committed to filling what they saw as an important niche for students who wanted a private, faith-based, Adventist-inspired education, but felt they could only afford two years at an official Adventist institution. They determined not to give up. Thus began a thirteen-year struggle for state recognition and accreditation: a struggle that ended in January of this year when the ACCJC — the Accrediting Commission for Community and Junior Colleges — granted CPC initial accreditation. ACCJC is part of Western Association of Schools and Colleges (WASC), the regional accreditor for California, Hawaii, and the Pacific.1

The original idea for CPC was to provide an alternative for Adventist college students who were not prepared for the rigors of the four-year campuses and ended up leaving with no degree, but plenty of debt. Others simply went to community colleges and never transferred to an Adventist campus. What was needed, Edelbach believed, was an affordable place where such students could prepare for transfer without running up a large bill. CPC does not intend to give any loans. Indeed, the original idea — which remains in place thirteen years later — is that students with a full Pell Grant will have their tuition covered by this government money. “We had a grand vision,” recalls the first academic dean, William Chunestudy.

CPC keeps tuition low by providing a strictly 8 a.m. to 9 p.m. Monday through Thursday and 8 a.m. to 2 p.m. Friday operation, with no weekend services, no cafeteria, and no residence halls. Edelbach says this highly focused approach allows them to concentrate on what they value most: providing a safe, comfortable learning environment, quality academics, and life coaching. Classes are small, and each student is assigned a Life Counselor who is always available to provide personalized advice and support regarding college admissions, study skills, student finance, scheduling, and career counseling.

CPC describes itself as based on Adventist traditions and understanding of Scripture. While neither owned nor operated by the Seventh-day Adventist Church, the current Academic Catalog lists a familiar twenty-eight foundational beliefs, and spiritual life is a high priority at CPC. Adventists currently make up about 30% of students, with the remaining 70% a mixture of believers and non-believers of many types.

Vice President for Enrollment and Marketing, Jankel Cadavid, who oversees spiritual life on campus, believes that this mix strengthens the faith of all students, as they discuss their beliefs in small classes where Adventist teachings are taught in a loving, accepting environment. “Adventist students walk away stronger because of the questions of other students who want to know about their belief system. To share, it has to be theirs. Each student has an opportunity to grow, over time, through relationships in community.” 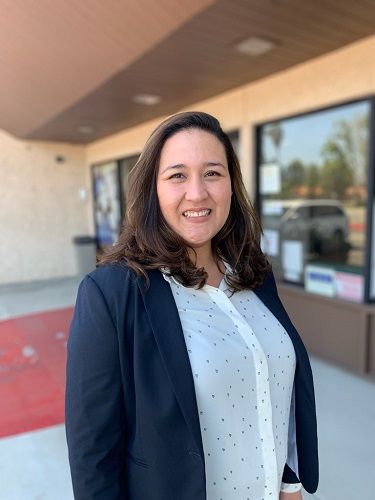 With the campus closed on weekends, spiritual life is rooted in the wide variety of local Adventist churches in the area — Spanish, Chinese, Korean, Thai, English — with CPC providing announcements about mission outreach and social activities planned by nearby church youth groups, as well as inviting these youth to join CPC students and staff for beach vespers and so on. Cadavid likes to think of CPC as providing an “off-ramp to local churches on Sabbath,” and area pastors are invited to speak for Week of Prayer on campus. Approximately 10–15 students ask for baptism each year — baptisms that take place in these local churches.

The success of such an approach was confirmed in an interview with current CPC student Levi Alamo, from Loma Linda. “CPC gives Adventist students a cool opportunity to introduce others, especially international students, to Adventism and connect them to our local congregations. Some of them even get baptized.” Alamo is a pre-nursing student who attends CPC because it is close to home and “very affordable compared to other Adventist options.” He feels he is getting a good education at CPC, with its small class sizes, and is very satisfied. Asked about future plans, he says he hopes to transfer to Pacific Union College for the nursing program.

Sergey Lopez, who was born in Colombia and raised in the States, was attending an evangelical church in the area when some Adventist friends invited him to attend church with them. When he confided in them that he was having trouble figuring out where to go for college, they suggested he check out CPC. It turned out to be a good fit. He is working on an AS in business and has found that the affordable price and personal career counseling have met his needs well. Baptized at the CrossWalk Church in Redlands, he says there is an Adventist campus “on the list” of places he is considering when he completes his degree at CPC.

CPC has steadily enrolled approximately 200 total students each year over the past thirteen years as it has struggled for recognition and accreditation. These students are enrolled in four programs: a certificate in World Healthcare Practices and Communication, which prepares nurses from other countries to take qualifying exams and work here in the States (35%); an AS in health sciences (25%); an AA in business administration (25%); and a certificate in English as a second language (15%).

As for the future, CPC will soon begin to recruit students in earnest; its facility can accommodate 450 to 500 students. The goal will be what it has been from the beginning: to provide a safe, Adventist Christian education for those who are not yet ready or able, to attend a four-year institution, and to partner with the official Adventist campuses of North America. As Edelbach puts it, “we would like to become the number one feeder school for Adventist higher education.”

Controversy has swirled about this project from the beginning. Edelbach was a vice president at La Sierra University when he decided that Adventist families would benefit from a junior college. He saw many students who were deciding to attend community college, perhaps intending eventually to transfer to an Adventist campus, but often getting lost in these large institutions — dropping out, or transferring to state campuses. He pictured the new campus benefiting the official Adventist campuses by bringing in students who would otherwise go to a community college and never return to Adventist education, or helping to remediate those who had already tried and failed at a four-year campus like La Sierra, where academic standards are higher.

Larry Geraty, who was president of La Sierra University at the time, recalls that some faculty felt that Edelbach was too eager to recruit students to La Sierra who really weren’t prepared academically. They were working to raise standards, while Edelbach was trying to find ways to bring in students whom they saw as not qualified. Edelbach’s solution — to start an Adventist junior college — wasn’t to their liking either, however. While Geraty himself supported the vision and has nothing but praise for Edelbach (“diligent, creative, hardworking”), he admits that “it stands to reason that such a college, located in the Inland Empire, would siphon off students from La Sierra.”

Indeed, some faculty and administrators on the official Adventist campuses did not welcome the idea of a new, low-cost alternative in the largest student market for Adventist education — Southern California. They wondered if an Adventist junior college would really bring students into the system who would not otherwise attend, or simply dilute the already diminishing pool of Adventist college students. Whatever the intent, CPC seemed more threat than promise to some.

Edelbach himself now has a foot in both worlds; in January of this year, while remaining president of CPC, he became vice president for Enrollment and Marketing at Pacific Union College. Time will tell whether his idea will add to the problems of Adventist higher education or be part of a creative, collaborative solution.

Nancy Hoyt Lecourt, PhD, is a professor of English, academic dean, and vice president emerita at Pacific Union College, where she served for forty years. She has recently retired to her garden in Angwin, California.

All images courtesy of CPC. 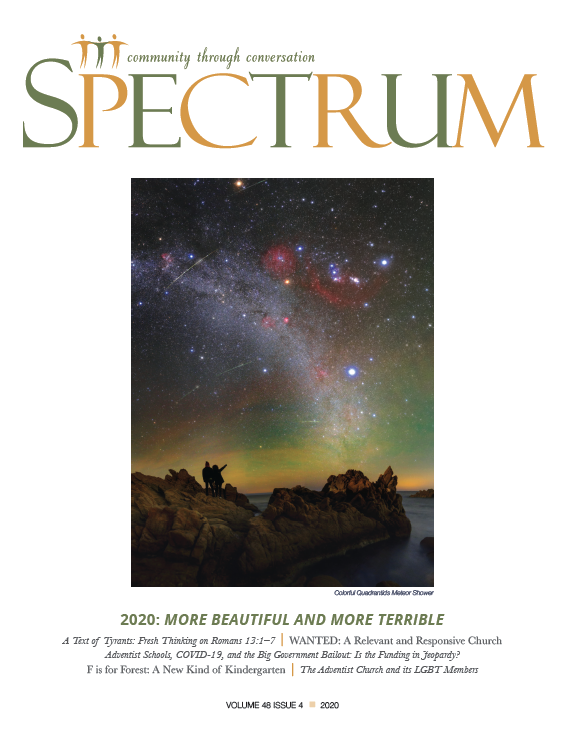