Blackface, Cultural Lies, and Ellen G. White — Or, What Is Present Truth?

Blackface, Cultural Lies, and Ellen G. White — Or, What Is Present Truth? 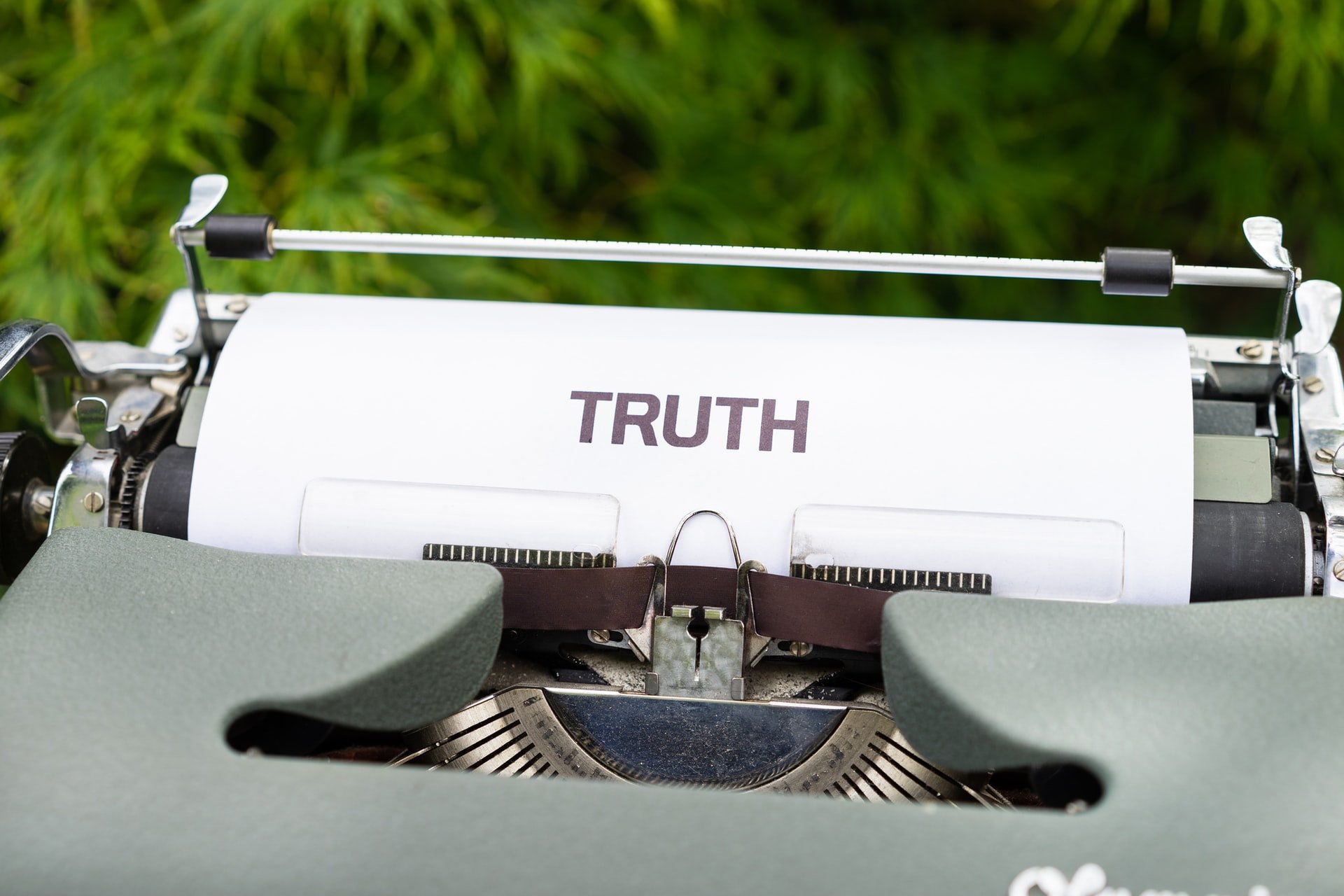 On July 4, 1912, eighty-three-year-old Ellen G. White celebrated, with dozens of Adventists, land purchased for the St. Helena Sanitarium in Northern California. In the early years of the twentieth century, Adventists considered sanitariums one of the most influential organizations in promoting the "present truth," stated inversely as combating the culture's lies. They believed commonly held cultural lies spread pain, destruction, and ruin on the population. With sanitariums, Adventists counterattacked the scattering of lies, primarily lies woven around nutrition and healthful living. With White's help, three sanitariums, Paradise Valley, Glendale, and Loma Linda, mushroomed in Southern California in the previous decade. In Angwin, California, the Adventist family took a day off to relax and unwind. White participated in the flag-raising ceremony, several patriotic rites, mingling, eating, and watching an afternoon baseball game. By the evening, tired, she asked for a ride home, a short distance from the celebration.[1]

Unable to drop into sleep, she later wrote, "a strange depression came over me, and for a long time I was unable to sleep."[2] During the night, White fell into a dream where she saw herself talking to scattered groups. The conversations shared the same theme, "unholy amusements." White walked away from the exchanges, disappointed; she sensed the groups cuddled a desire for "foolish actions."[3] During the social, held in the gymnasium, something happened after her leaving, which incited anxiety and fear.

The following day, Friday, she sat down and wrote an open letter to the Sanitarium family. That afternoon she penned another statement on the same topic. On Sabbath, during the eleven o'clock worship service, she asked to speak during the service. She underscored, "I feel sad," "My heart is burdened."

White's unease started after an incident, which captured the fascination of those present at the gymnasium, Thursday evening. Toward the end of the event, two blackened faces, young men with pillows in hand, climbed on to a balancing beam and tried to knock each other off. The antics filled the gymnasium with laughter; many bent with glee. The children glued eyes on the funny pranks. The hilarious performance captured the fancy of the gathering and ignited White's fear.

Why panic? What was the problem? She states in the letter, "Such a course cannot glorify the Lord as you are pursuing. He bids us glorify Him in our body, and in our spirit, which are his,"[4] The Angwin community, in her opinion, placed in danger the truth. In her words, "…the consistent course of believers in this age will do more to magnify the power of truth than all the sermons of our ministers."[5] She believed the truth stood at the core of Adventist comportment, stressing "All sanitarium workers, and parents, and ministers should realize their responsibility to God, to be themselves patterns," and not "acting out the foolishness of the sinner!"

Was she overreacting? She seemed to be saying the Adventist community in Angwin loitered on the brink of abandoning, or at least tainting, the truth.

The gymnasium incident deeply upset White and pushed her to write two documents and speak publicly on the matter. However, she never mentioned the blackface incident in the letter or her talk. She left the audience or reader to decipher her outrage. Even today, the reader must attempt to unravel her comments. Her son William, who was not present, concluded that her anxiety focused on entertainment in his five-volume biography of her life. He suggests that his mother did not approve of some forms of entertainment. He also failed to mention the blackface incident. He implied the baseball game met her approval; the events at the gymnasium did not. Did she respond to the two blackface young men, or did her thinking encompass other issues?

When the Adventist community came together in 1912 to celebrate another milestone, American audiences had been laughing and chuckling at blackface entertainers for almost one hundred years. In the decades leading up to the Civil War, troupes of white men, women, and children darkened their faces with burnt cork and crisscrossed the Nation performing songs, dances, and skits. The entertainment ensembles appeared on the Ohio River's port cities like Pittsburgh, Louisville, and Cincinnati. By the end of the nineteenth century, the shows had become America's first distinct art form and the most popular genre of public entertainment.[6]

The shows featured a clownish slave named Jim Crow, a creepy maternal figure named Mammy, a hypersexualized wench Lucy Long, an arrogant dandy Zip Coon, and a lazy childish male named Sambo. The personalities turned into household names in American culture. To this day, some of these characters continue to surface in conversations and everyday encounters.[7]

The shows flourished among white working-class persons and European immigrants in the Nation's large urban centers. The absences of television, radio, and stadiums for organized sports lured thousands of urban Americans into theaters hosting the blackface shows, quenching a never-ending desire for entertainment and laughter. They captured the attention of the audiences by letting them flee from disappointments. By laughing at others, they forgot, for at least a few minutes, their misery. Many of the shows' stars became so popular they surfaced in the nascent movie industry of the early years of the twentieth century.

At the core of the entertainment reigned the intent of humiliating, degrading, and making fun of African Americans, reducing them into caricatures. Lisa M. Anderson, who holds a Ph.D. in history and theater criticism, explains that the performance of blackface surfaced "to demean blackness and black people." By dehumanizing African Americans, the audience could forget their shortcomings. Additionally, immigrants walked out of the theaters feeling good because they did not stand at the bottom of the social pyramid.[8]

On that 4th of July weekend, although White's fear appeared to focus on how Adventists amuse themselves, the letter released a much broader net. The letter makes it clear that she worried about the path the Adventist community appeared to be taking, stressing Adventists should focus on "truth and righteousness." She feared the Angwin Community stood on the verge of compromising a Christian pillar. In her words:

I have felt an intense interest in regard to the directing of this sanitarium; and as we have considered the best course to pursue to bring the light of truth before the patients, I have earnestly desired that they should understand what is truth for this time.[9]

It appears the blackface incident sat on the peak of an iceberg, a weighty issue that provoked her anxiety. For her, the blackface incident revealed a much more problematic element in the Adventist community. It revealed an attraction toward the scattering of lies. White wanted the patients and all non-Adventists visiting Angwin to understand that Adventists detested cultural lies and supported truth. She insisted that Adventists must emit truth in their talk and walk. White feared the Angwin community stood on the verge of losing sight of a core Adventist pillar that ought to shine brightly in the thinking, living, and behaving of all Adventists.

The phrase "present truth" beats persistently at the core of the Adventist Canon. It appeared in the 1840s and continues to be part of the Adventist dialect to this day. White used the phrase hundreds of times in her books and sermons. But today, not all Adventists agree on its meaning. Many identify the truth as the Adventist Church's unique teachings, for example, the ideas expounded at a Revelation Seminar or what some call the "Three Angels’ Messages." But when Ellen White embarked on the topic in 1912, it seems clear that she referred to something much broader. When she stressed the urgency of presenting the truth to the sanitarium patients, she was not talking about a Bible Study or providing for them a unique biblical interpretation; her concern lay in battling the culture's lies. She wanted Adventists to live the truth and thwart lies.

Since the 1840s, when she was a teenager, White had been tackling the culture's untruths. When tobacco corporations pushed the falsehood that tobacco presents no danger for human health, she insisted it was a lie. When the leaders of the Nation, in the 1850s, including all the slave-owning Justices of the Supreme Court, insisted slavery was Christian, White labeled it demonic. When restaurants, bakeries, and American cooks throughout the Nation insisted there was nothing wrong with the uncontrolled consumption of sugar, she insisted this was another lie. When the entertainment industry touted that African Americans remained dumb, oversexed, and highly emotional, Ellen White pushed back. When the wealthy southern elite insisted that Black children did not need to learn how to read or write, White, over 70 years of age at that point, traveled to the South to make sure Adventist leaders allocated funds to plant schools for Black children. For White, the present truth did not consist of a set-in-stone creed, but the continuous clash, battle, and confrontation with the culture's lies.

Lies continually evolve, change, and morph until destroyed. Only the truth can kill them. Today we no longer believe tobacco is healthy, slavery is Christian, or sugar strengthens the immune system. Our pioneers debunked those lies. But the lies have not vanished. Today the lies of the culture abound in every nook and cranny of our Nation. In the age of COVID-19 and politicians who utilize the lie with no shame, the present truth and those not afraid to speak it remain vital.

Ciro Sepulveda, a retired historian (Ph.D. Notre Dame University, 1976), lives with his wife on a farm in Southern Tennessee. His latest book A Path Out: Educating the Children of Poverty, traces the birth and spread of Adventist Manual Training Schools, which became the motor behind the growth of the Adventist Church. Before his retirement, he chaired the History Department at Oakwood University for twelve years.