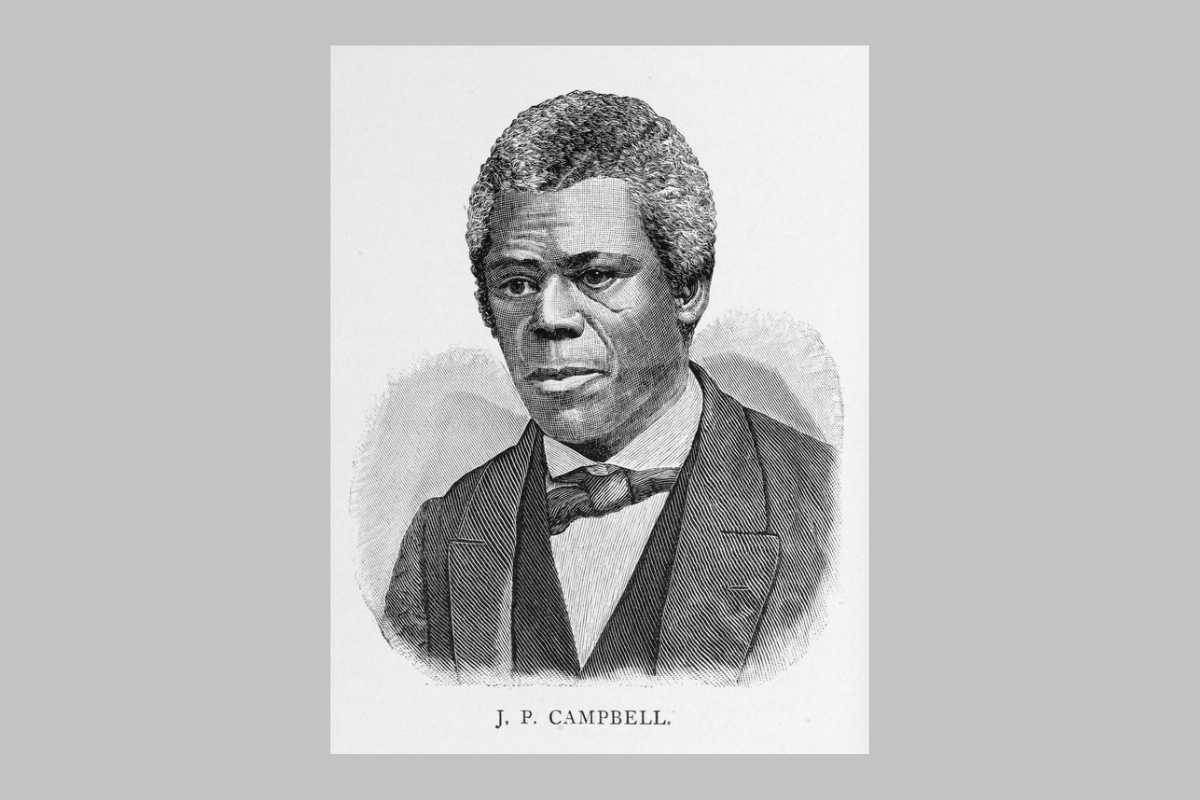 This series will highlight the experiences of three African American Adventists who faced racial injustice in America while taking public transportation. Each of them reacted differently and got different results. Read Part 2 here.

Jabez Pitt Campbell stepped up to the counter to purchase a train ticket to Philadelphia. It was the afternoon of Wednesday, March 26, 1843, and the 28-year-old Black pastor was travelling from his home in Providence, Rhode Island, to preach in the City of Brotherly Love. The train would leave from Jersey City, make several stops, the longest in Trenton, and finally reach Philadelphia. Campbell handed the ticket agent the fare of $4 and asked if he could have a comfortable seat. The agent quickly assured him that no one paid more than $4 and Campbell would “be as well accommodated as any other gentleman.” Campbell smiled, thanked the agent, and boarded the steamer ferrying the rail passengers across the river to the train depot.

At 5:30 p.m. Campbell stepped onto the train platform and handed his ticket to the conductor, who took it and asked him if he had a seat preference. Campbell replied that he would prefer a part of the car that was not crowded, and the conductor led him to a secluded section. Relieved to be alone and prepare for his upcoming sermons, Campbell stretched out his legs and removed some books from his satchel and began to study. The stops and starts of the train were not that disturbing, and Campbell made good progress on his messages.

At the Trenton stop a wave of new passengers flooded the train, led by a new conductor. Several of them took seats in Campbell’s car, but he still had a small portion of the section to himself. Once everyone had settled, the train lurched forward. At a brief stop at the next station, the conductor sauntered up to Campbell’s seat and called loudly to him, “Here, old fellow! You must come out of that,” while gesturing for the Black man, deep in his books, to get up.

“Why do I have to get up?” Campbell asked, producing his ticket.

The conductor’s face reddened. “That is none of your business,” he hissed.
“I cannot move until you assign me your reason for it,” Campbell calmly responded.

“I shall not reason with you about it,” the conductor said, his hands balling into fists. “All you have to do is to come out, and if you don’t, I’ll pitch you out.”

Campbell held the white man’s gaze, which seemed to infuriate him even more. “Well, sir, you will have to do it,” said Campbell, “for I cannot move myself unless you give me a reason for it.”

At this the conductor hurled a string of profanities at Campbell, which caused the minister to glance around to see if any women or children were within earshot. The whole time Campbell remained quiet in the face of the onslaught, thinking that this was the perfect time for him to practice the Christian principles that he was going to speak on the next day.

Suddenly the conductor lunged at Campbell, arms out, and throttled the Black man’s neck, wrestling him out of his seat and onto the floor. Campbell tumbled to the foot space in front of his seat, where the conductor tried vainly to pick him up and move him. Campbell wasn’t budging, though.

Just as fast as he had accosted him, the conductor let go of Campbell and rushed from the car. While Campbell was gathering himself from the assault, the conductor reappeared with four other train agents, all white men with angry expressions on their faces and aggressive body language. Campbell relates what happened next:

“With violence they fell upon and beat me. From the beginning, I had said not a word, only what I have already named, except to cry for help, after so many had fallen upon and beat me, until I had altogether despaired of life. I was gagged — had handkerchiefs crammed into my mouth — was beaten with their fists, and caned — was stamped in the stomach, and beat until almost unable to speak — and was finally thrown into the car where men go to smoke… nearly helpless…”

Later, when reporting the incident in William Lloyd Garrison’s abolitionist paper The Liberator, Campbell explained why he had not fought back against the violent men: “I made no attempt to defend myself, by entering into violent combat, because I believe it to be wrong. ‘The servant of the Lord must not strive.’”

Two fellow ministers on the train came to Campbell’s aid after his beating. When the train finally arrived in Philadelphia, they helped him find a physician who treated Black people. Although the extent of his injuries is not known, Campbell did report that the harm inflicted on him by the rail employees made it difficult for him to minister as he normally did because of pain and injury. Surprisingly, Campbell would return to Philadelphia a few weeks later to fulfill his ministerial appointments, despite being physically compromised.

Jabez Campbell strongly believed in the near second advent of Christ as taught by William Miller. He was a leader in the Millerite movement, in fact, joining Miller, Joshua Himes, Josiah Litch, and others as a delegate at the storied Albany Conference of 1845. A few months after the train incident, Campbell became eligible for ordination in his denomination, the African Methodist Episcopal Church (AME). At their New York Annual Conference that year, the minutes state that when Campbell’s name came up, “Objections were made against brother Campbell’s ordination for having imbibed and promulgated certain notions concerning the glorious Second Advent of Christ, in which he is not sustained by the discipline of our Church.” Campbell was given time to defend his views, but his ordination was voted down, and the conference resolved “That we, as a body of Christians, hold the publication of a fixed period, known to the Church, of the second advent of Christ, to be erroneous, and unsustained by the word of God; and therefore drive all such error from the Church.” Two decades later Campbell would become the executive leader of the entire AME Church.

Jabez Campbell viewed the racist brutality that he endured on the train in light of Christ’s second coming. At the time the incident occurred in March 1843, Campbell and the Millerites anticipated that Jesus would appear in mere months, and no more than a year. Campbell shared how he viewed and coped with the traumatic event:

“I did not enter suit against the conductor or company for the injuries I sustained, for this plain reason and many others: — I believe there is a just God, who is and will be the avenger of all those that do wrong. ‘Vengeance is mine; I will repay, saith the Lord.’ I believe he ‘hath appointed a day, in which he will judge the world in righteousness by the man Christ Jesus.’ That day I believe not far distant, and then I expect to meet them at the tribunal of God. God himself will award them according to their works. ‘Will not the Judge of all the earth do right?’ I am sure that he will, and with this assurance I have committed myself and all that I have into his hands, trusting that the day will come when every man shall be rewarded according to his works.” 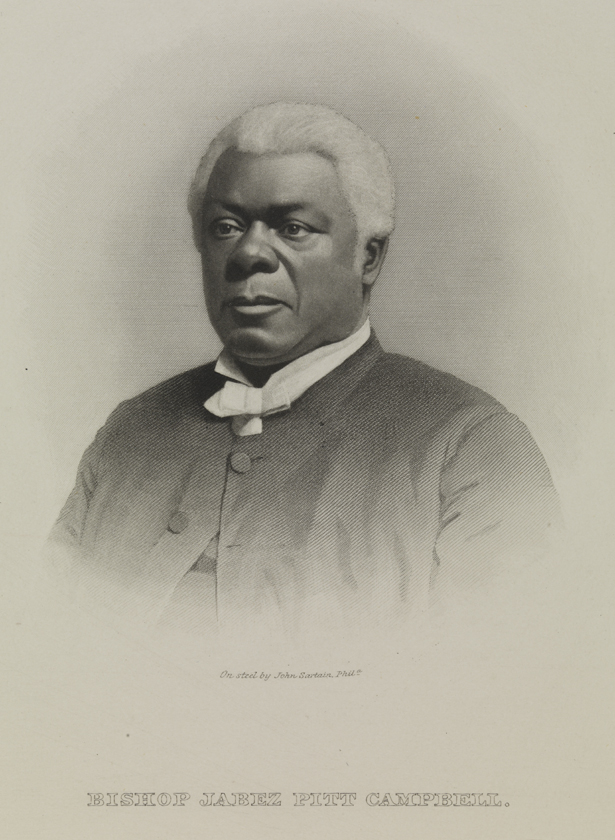 Look out for the next installment to see how another Black Adventist dealt with racism on public transportation.

Edward W. Lampton, Digest of Rulings and Decisions of the Bishops of the African Methodist Episcopal Church from 1847 to 1901 (Washington, D.C., Record Publishing Company, 1907), 81.