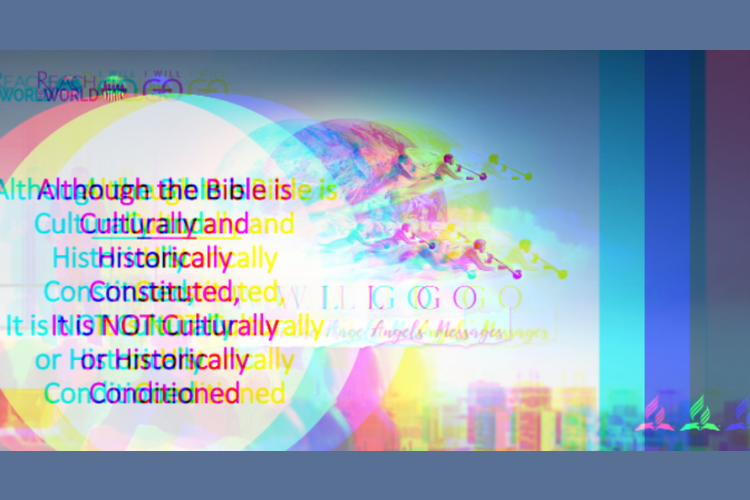 Newly elected General Conference Treasurer Paul Douglas made the complex financial statements of the international organization that is the church easily understandable in his presentation to the General Conference Executive Committee on Monday. Simple charts that work on Zoom were used to make his points, rather than the actual pages from the financial report documents that were emailed separately to the committee members. He told them the state of the church’s finances for the next year are stronger today than a year ago, with positive trends year over year. Cash and investments are up 26% at $53 million, while accounts receivable are down 31% and notes receivable down 66%, thus contributing to the increase in cash. Tithe is up 5.2% over last year, and offerings are also up 14.2%. Program expenses are down 9.9%. However, as it relates to how money was budgeted for 2021, expenses are 11.6% higher, which he attributed to the exchange rate between US currency and that of the currency for the places where the money was being sent. He praised the leaders at the General Conference for keeping down expenses and said the financial markets have been good this year, with the investment return 50 % higher than was anticipated. He said Division treasurers are reporting financial gains this year, even when compared to 2019, the last pre-COVID financial period.

While the financial signs for this year are positive, Ray Wahlen, General Conference under-treasurer, presented a conservative budget for 2022, as the economy is slowly recovering from the COVID downturn. He said the budget was designed to implement the “I Will Go” Strategic Focus Document. Items that might seem appropriate to pursue but that were not included in the plan did not receive budget allocation. He noted that the North American Division portion of the tithe income would be down from 49% in 2019 to 46% in 2022. And the South American Division would slip down to the third largest tithe contributor in 2022, at 13%, because of a $10 million currency devaluation. The Inter-American Division will be the second largest tithe contributor at 14%. The General Conference Office operating budget will be $45.6 million, which represents 2% of gross world tithe. During the discussion of the report, retired General Conference Treasurer Juan Prestol-Puesan pointed out that the positive liquidity numbers were a result of the sale of the Review and Herald Publishing property, a one-time infusion of cash.

Robyn W. Kajiura, who was elected to head the General Conference Auditing Service when Paul Douglas became the treasurer, gave her first report in her new position. She highlighted transparency, accountability, relationships, and mission as priorities for GCAS in serving the various church entities and their institutions. Although it has been 10 years since it was voted to require church organizations to have an audit committee, she said many still do not have them. In the audits preformed this past year, 64% received a standard opinion, 27% a qualified opinion, 1% an adverse opinion, and 8% received a disclaimer. (The full report from GCAS can be read here.)

One hour of Monday’s meeting was spent considering the church finances in these presentations and discussion. Twice that amount of time and more was given to a discussion of theological issues facing the Church. President Wilson said he had created a small group—Mark Finley, Artur Stele, and Mike Ryan—and given them the task of coming up with a list of theological items of concern. Their list was presented to the presidents’ council ahead of Annual Council, and it was so meaningful and impactful, Wilson said, that he decided it should be shared with the Executive Committee. (On the agenda, it was also one of the items identified “to be included on the division year-end agenda.”)

Mark Finley began the report by enumerating the list, providing a few sentences of clarification for each one. (You can see his power point presentation here.)

1.  The authority of the Scripture—is it culturally conditioned or the infallible word of God?

2.  Adventist identity—are we raised up by God, or just one of the many on the religious landscape?

3.  Prophetic interpretation—do we need to re-evaluate our prophetic understanding of things such as the universal Sunday law?

4.  Creation and evolution—are the first 11 chapters of Genesis historic or an allegory?

6.  Moral issues deviating from Scripture—is it loving or unkind to take a stand against moral issues such as divorce, co-habitation, and LGBTQ+?

7.  Advent fatigue from the delay in Christ’s coming—after 175 years can we still say that Jesus is coming soon?

8.  Sanctuary Doctrine and Pre-Advent Judgment—what happened in 1844, and is it relevant today?

10. Re-imaging of Adventism—should we shift from being biblically-based to addressing the perceived needs of seekers?

Next Artur Stele addressed, in greater length, the authority of Scripture. He said that Satan’s strategy throughout history has always been to cast doubt on what God says through a selective use of Scripture and then reinterpreting it to suit his needs. Stele specifically criticized two hermeneutical (the theory and methodology of interpretation, especially of the Bible) methods: the Historical-Critical Method and the Postmodern approach that he termed New Hermeneutics. With the Historical-Critical Method, he said, the Bible represents views about God that people had at the time it was written and thus it is culturally and historically conditioned. The New Hermeneutics changes the focus from the actual biblical text and its author to the reader. Meaning happens in the moment of reading, giving the text its own life and multiple meanings depending on who is reading it. Instead of God-centeredness, it is self-centered, he said. “What is true for me, what warms my heart, how can I satisfy my needs, what makes me feel good? Don’t ask anymore how can I please God?” This movement, from God to the self changes hermeneutics, and the historicity of biblical events is no longer significant, he said. Stele countered with a quote from Ellen G. White’s book Evangelism, p. 434, saying a great work can be done by presenting the Bible just as it reads.

Mike Ryan then gave a presentation on “How Big is God’s Grace?” Adventists believe that embracing grace expands grace, he said. We need to make a list of what grace provides and share it. However, throwing out what grace provides shrinks grace. Every year, he said, the distinctive identifying marks of the remnant church are just a little less embraced by the membership. Criticism of the church always accompanies “grace shrinkers.”

Discussion followed the presentations. GT Ng said he was highly disturbed by the information about the New Hermeneutics, and asked how prevailing is it? Is it being taught in our universities? What about IBMTE (International Board of Ministerial and Theological Education)?

Stele responded that the New Hermeneutics is prevalent in the wider Christian world. He did not address its prevalence in Adventist universities. He did note that the Biblical Research Institute has a new book on hermeneutics and that every chapter also has a video.

Wilson said he, too, had been really shaken by Stele’s presentation. Later he noted that the list of theological issues was presented as an alert, because the devil is always trying to twist things. “We could pass all kinds of motions, but that won’t amount to a lot,” he said, admonishing the committee members to preach the straight truth.

When the meeting was opened for discussion, several NAD members were quick to come to microphone with stories of how their children lost their faith after attending Adventist universities. “We should teach our students to think biblically, not critically,” Ed Zinke said.

Jan Paulsen asked how the church should go about addressing these issues? He advocated for administrators to reach out to theologians—build bridges to them. “We need to bring them into the confidence of the church.”

Wilson’s response was that the church should work through its media such as Hope Channel, BRI, GRI, the Faith and Science Council, the Bible and Mission conferences, the Ministerial Association.

While this item took up the majority of the business session, it felt like it had over simplified things. Whereas the financial report had simplified complicated information, the Committee members had also been provided with extensive documentation in the printed financial report. The consideration of this long list of theological items had no supporting documents, no evidence for why these items were listed as being of concern. At the 2015 General Conference Session, one of the final items suggested by a delegate as needing consideration in the coming five years was hermeneutics. However, no committee was ever created to do so. In comparison to the extensive work that was initiated following a similar suggestion in 2010 regarding the ordination of women, it seemed like hermeneutics had been forgotten. No presentations were made by BRI to the Executive Committee, even though it prepared a book on the topic. The lack of conversation with our many theologians and the wider church on hermeneutics over the past six years made today’s discussion seem like an afterthought. Simplification did not help.