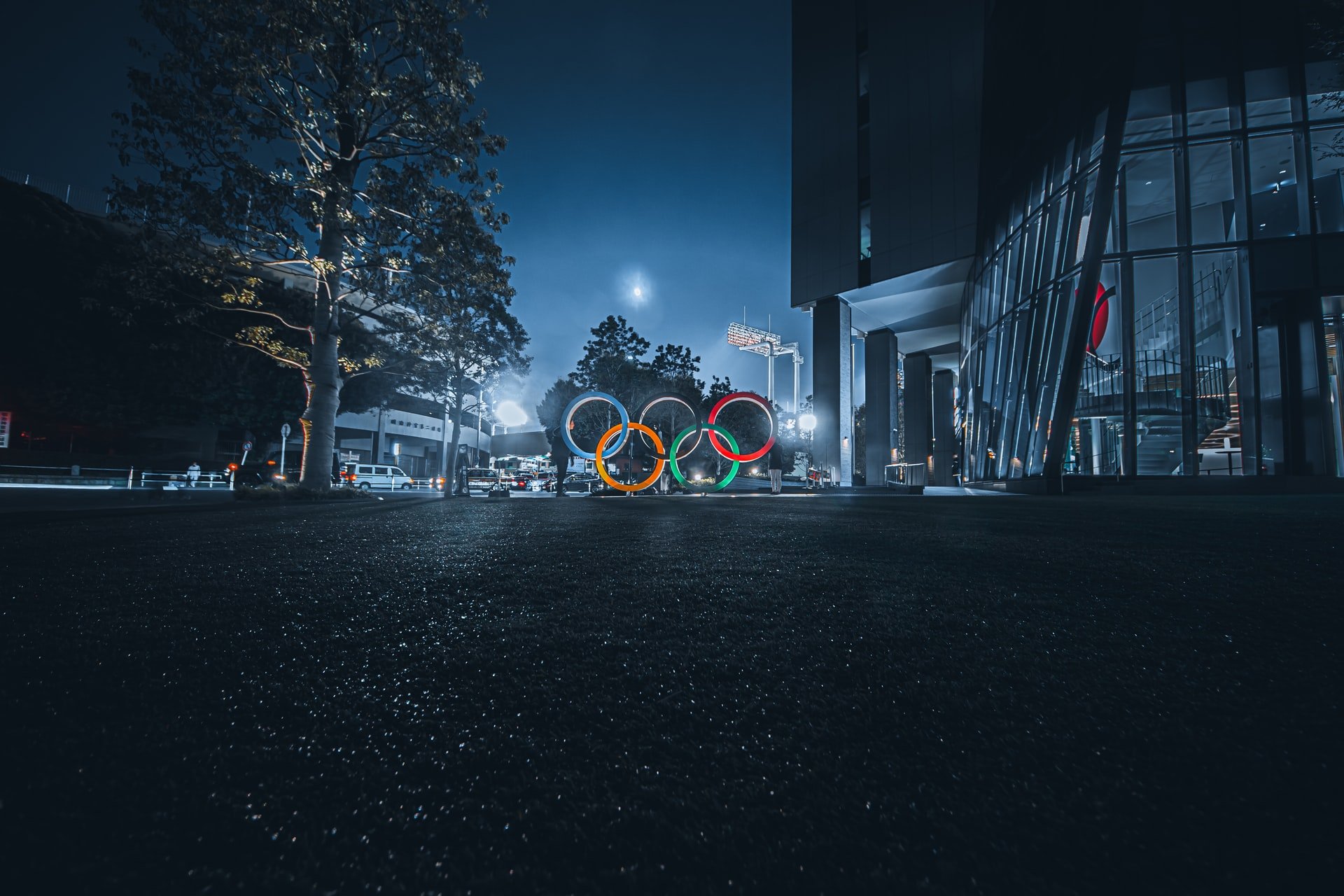 Elaine Thompson-Herah made Olympics history in Tokyo, claiming gold medals for Jamaica in the 100m, 200m, and 4x100m relay. She is also the first woman to win gold for both the 100m and 200m in consecutive summer games. 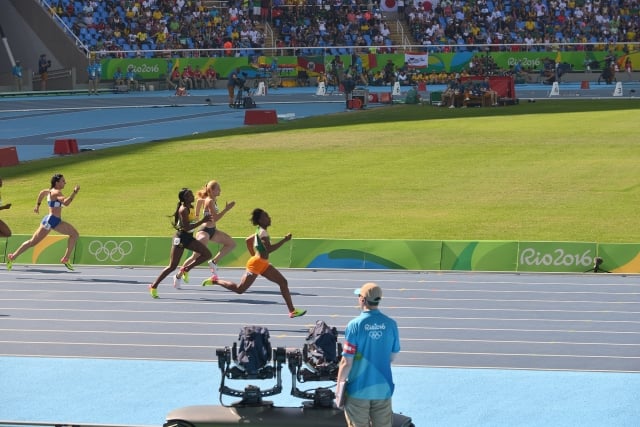 Elaine Thompson-Herah runs in a 200m qualifying heat at the 2016 Rio Olympics. Photo by Citizen59, CC BY 3.0, via Wikimedia Commons

Among those supporting Thompson-Herah back home was her grandmother, Hycenth “Gloria” Thompson, who cared for her granddaughter from the time she was seven months old.

During the 100m, Gloria Thompson vociferously cheered her granddaughter on to the finish line. Thompson-Herah’s amazing 10.61 victory saw her besting Florence Griffith Joyner’s mark of 10.62 at the 1988 Seoul Games for the best time in Olympics history.

Gloria Thompson, the grandmother of Olympic 100m champion @FastElaine, was ecstatic this morning as she watched the final of the women's 100m from her hometown in Banana Ground, Manchester. It's a win Thompson had predicted and she is looking for a repeat in the 200m. pic.twitter.com/VV6nJbVavF

Gloria, who is a Seventh-day Adventist, made no secret of the fact that prayer has been a key component which she has been investing in Elaine. Aware of the fact that Thompson-Herah wasn’t the one predicted to win, she said, “God would shut the mouth of the lions in Tokyo and give Elaine the victory”.

It was this confidence she passed on to her granddaughter when she called her prior to leaving the island for the Olympics and requested prayer.

Gloria assured her she would pray and advised her not to “wring up her mouth.”

From the Gleaner,  “ ’One more left and it a go hotter than this’ — Thompson-Herah's grandmother reacts to Olympic victory” and “She get di running from me, says Elaine’s father Keith Thompson”

According to Mattel, as a frontline worker, Cruz, 29, joined forces with other Asian-American doctors to fight racial bias and discrimination during the pandemic. She received an email from Mattel and Barbie executives, saying they were interested in created a doll to look like her. “I was like, What?! Me? It was unreal,” Cruz recounted. “I was just like, ‘Are you sure you have the right person?’ “

“I hope I can represent women of color, women in healthcare, women who are working moms,” the doctor said, adding that she was honored “just being able to represent these people, and just have them know that they are seen.”

According to her blog, Cruz grew up in Honolulu and Las Vegas and obtained her bachelor’s degree in electrical engineering at the University of Nevada, Reno, before getting her medical degree from the University of Nevada School of Medicine. The mother of a two-year-old finished her internal medicine residency at the Loma Linda University Medical Center in Southern California before moving to work in Las Vegas.

Mattel is recognizing Cruz’s fight against Covid-19, along with six other role models from around the world, who not only showed “unprecedented courage,” but also had a “positive impact in their communities, inspiring current and future generations to come.”

From 8 News Now, “Las Vegas doctor gets her own Barbie doll, honored for fight against COVID”

Southwestern Adventist University (SWAU), the Southwestern Union, its local conferences, and Adventist Community Services (ACS) have partnered to launch “The Success Closet” at SWAU, with the mission of providing young professionals in need the wardrobe to dress for success. The organizers recognized that some SWAU students lacked the financial resources to purchase professional attire for interviews or their first jobs, and that this need was also not limited to students on campus but also in the local community.

“Having access to professional attire provides a young adult with the confidence they need to pursue new career opportunities. We are looking forward to hosting ‘The Success Closet’ on campus and believe that this initiative serves not only the needs of our students but also our extended community,” says Patterson.

“The Success Closet” is not a private initiative; numerous local entities are teaming up to make this a community project. Helvis Moody, youth and young adult director for the Southwestern Union, shares his enthusiasm and support of the project: “The young adult department is encouraging all who are able to participate to do so! It’s exciting to see that a plan has been put in place to support young adults getting ready for life outside of the university setting.”

Marshall Gonzales, director of Texas ACS, says, “Our goal at Texas Adventist Community Services is to follow Jesus by being in the community and providing for those who are in need. This initiative has been a God-inspired dream of mine for some time, and I am glad to see it come to fruition.”

Herbert Blomstedt conducted the Beethoven’s Violin concerto and Seventh Symphony in a Boston Symphony Orchestra program at Tanglewood on August 7, with Joshua Bell as a soloist. Blomstedt, 94, is a Seventh-day Adventist and Tanglewood veteran. It would be interesting to learn how, from his religious perspective and long podium experience, he accounts for the peculiar power of Beethoven’s music. In an interview he gave two years ago to the website bachtrack, he said:

“Music keeps me young. I have a great curiosity and in that way I am still like a child. I have learnt a little bit over the years but most of all I’ve learnt that I know far too little. And being curious can mean exploring the same work 200 times. I can get excited each time I come back to a symphony like Schubert’s C Major. Life is interesting. Every performance we do, even when it’s quite successful, I never think I have reached a solution. Next time we play it, we’ll discover other things.”

From the Berkshire Eagle, “Rambling About Tanglewood: Beethoven, Beethoven and more Beethoven. Why so much Beethoven?”

Pam Dietrich taught English at Loma Linda Academy for 26 years and served there eight more years as the 7-12 librarian. She lives in Yucaipa, California