Adventist Doctor Honoured by the Polish Minister of Health 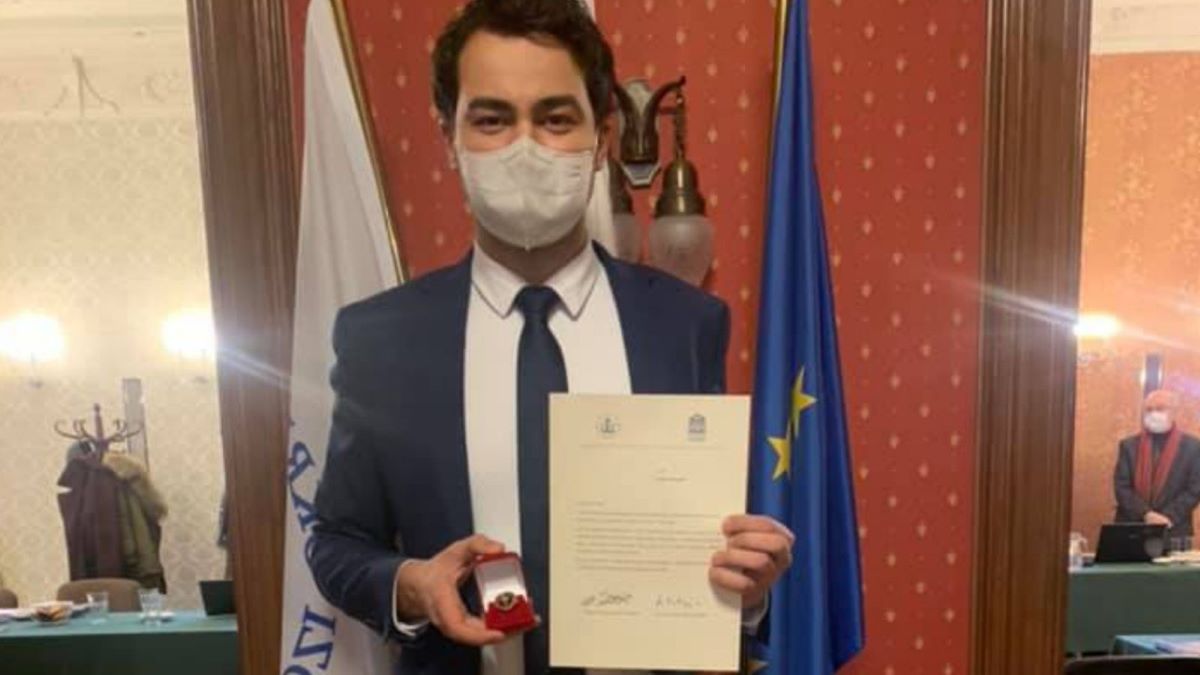 On Tuesday 2 February, during the meeting of the Regional Medical Chamber in Łódź, Poland the award 'For contributions to health protection' was officially presented to, among others, an Adventist doctor Tomasz Karauda.

Dr Karauda, in cooperation with the Kulczyk Foundation, donated over PLN 20 million (approx. USD$ 5 million) to the ‘Doctors for Doctors Foundation’ in April 2020.
With those funds almost 60 tons of personal protective equipment was purchased and delivered to doctors in Poland. This was at the time when such equipment and resources were needed the most.

A phone call from the president of the Regional Medical Chamber informing Dr Karauda of the award he was to receive, came as a complete surprise. “For me, this distinction means further motivation and a sign from God that I am going in the right direction, which is to continue saving people's health and lives,” explains Dr Karauda.

“Seeing so many deaths around, I have noticed that what counts is being close to people. Many of them are very, very lonely and if with my commitment, I managed to protect at least some of them from that scenario, this award is dedicated to them. Also, to the ones, who, unfortunately, died on my hands,” Dr Karauda concludes. 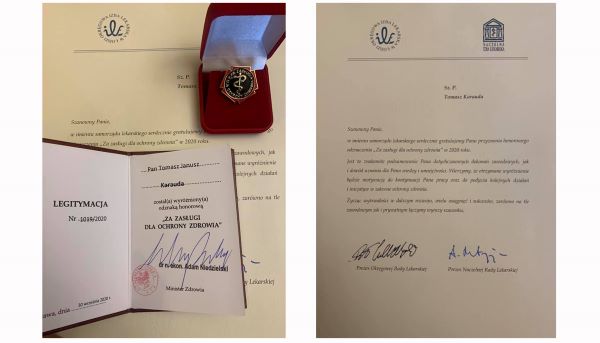 The award and the badge presented to Dr Karauda.

Among the others honoured were Dr Paweł Czekalski, President of the District Medical Council in Łódź, who also supported the purchase of the medical equipment purchased by Kulczyk Foundation, we well as the Archbishop Grzegorz Ryś, Metropolitan of Łódź, who organised a public fundraiser to purchase respirators and pulse oximeters for hospitals in the Łódź Province.

The honorary badge 'For contributions to health protection' is a one-level, departmental civilian decoration awarded by the Polish Minister of Health. The award may only be presented to a person once in their lifetime.

The original version of this story was first published on the Polish Union Conference website.

This article was written by Daniel Kluska and originally appeared on the TED News Network website.