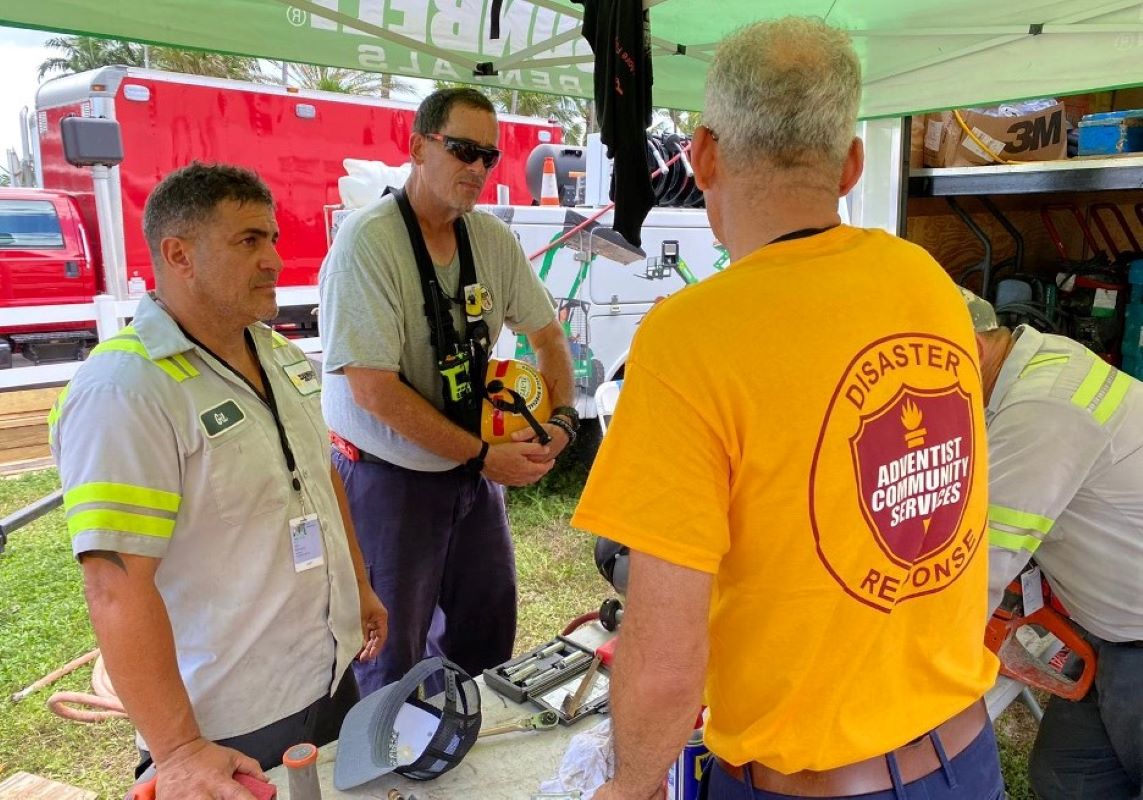 This past week, Adventist Community Services Disaster Response (ACS DR) has been active in the Miami, Florida, area as search and rescue teams work in Surfside, after the early morning collapse of a 12-story Champlain Towers South condominium building on June 24, 2021. While the rescue and recovery efforts continue, ACS DR has organized a warehouse in partnership with Feeding South Florida with donated supplies for survivors who have been displaced. ACS DR has also determined various distribution sites, including several Adventist churches, and is working to render aid through emotional/spiritual care providers who give support to local residents and family members affected by the tragic event where 36 are confirmed dead and 109 missing, as of July 6.

ACS DR is in partnership with the American Red Cross as a team of credentialed emotional/spiritual care providers immediately began helping upon arrival. Counseling was offered to those sheltering at a nearby hotel, as well as those residents and rescue workers near the building.

“ACS continues to work, addressing some of the most recent events around the NAD. Miami appears to be the most pressing situation,” said W. Derrick Lea, North American Division ACS director, noting that in the previous week teams led by South Central Conference ACS directors Lillie Buckingham and Barbara Barnes were positioned to help in Alabama after Hurricane Claudette affected the southern part of that state. “The state asked ACS to assist with warehousing; our Southeastern and Florida conferences are working in a coordinated way with a team that is serving the affected community,” Lea added. 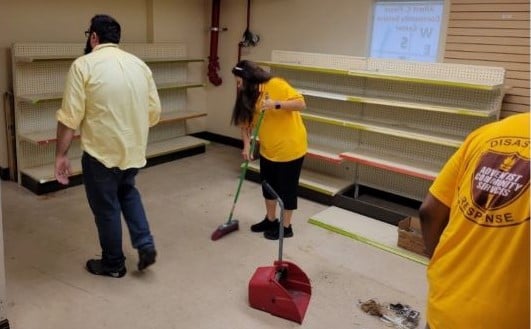 Extra rooms at the Tabernacle Seventh-day Adventist Church are cleaned in preparation for supply distribution for those affected by the Miami, Florida, condo collapse.

“We’re making a difference, from the way we continue to operate the warehouse in an efficient way to the additional help we were asked to provide with the emotional and spiritual care that has continued into a new week.”

The co-managing efforts of conference ACS directors Robert Moore (Southeastern) and Conrad Duncan (Florida) have identified trained members who’ve outfitted a team for 24 hours a day during the first week at the Feeding South Florida warehouse in Pembroke Park, about 15 mins from collapsed structure. The warehouse has been secured for six weeks.

The American Red Cross asked ACS for emotional/spiritual care providers to team up with Red Cross providers to give assistance on site for families of those affected by the tragedy. Throughout this past weekend, care has also been provided to neighboring residents who were evacuated as the collapsed building next to their condominiums was demolished.

“Another attribute we were able to bring to the event was the bilingual ability of our emotional spiritual care group. We were told of the high number of Spanish speakers in the area and we put the request out for those with the ability to speak both English and Spanish,” said Lea. “As care was rendered, many of the Red Cross workers asked our team members to help communicate as they did not possess this skill set.”

In speaking about the entire operation in the Miami area, Lea added, “Though we are uncertain how long the operation will be needed, our team is prepared to stay as long as needed.” 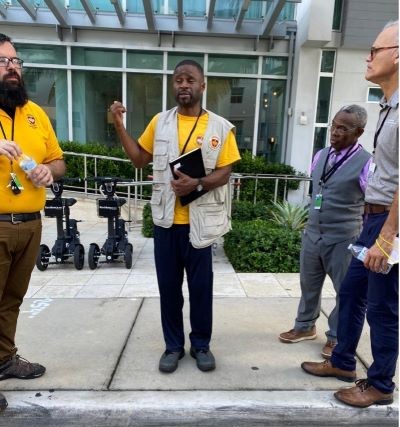 Lea shared one of many stories coming from the Surfside condo collapse situation. One young woman who lived in the collapsed building explained to emotional/spiritual care providers that her mother had saved her life. When they inquired as to how this was so, she went on to share that the only reason she was not home on the fateful night was because her mother had fallen ill earlier in the day. She decided to leave her apartment and stay with her mother that night, just to ensure the mother would be OK. 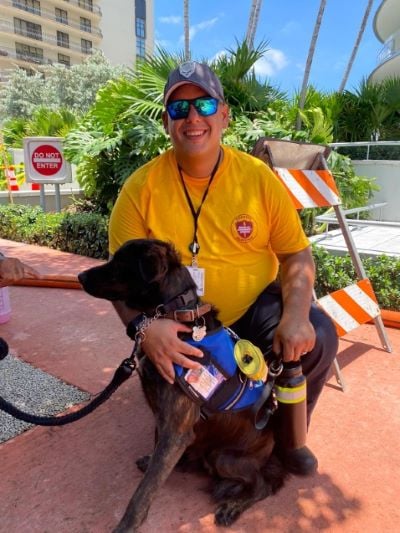 “As she spoke, the emotion showed on her face and our providers asked if they could pray with her,” said Lea. “Right there in the middle of the hotel lobby, our providers prayed and asked God to continue to be with her and her mother. As providers, we are careful with how touch is used, but at the end of the prayer the young woman asked if she could receive a hug. Each of the providers embraced her and asked God to be with her.”

Photos from W. Derrick Lea/ACS, courtesy of NAD website. Main photo: An Adventist Community Services emotional/spiritual care provider speaks with search and rescue workers during one of their breaks, offering support to those working on the scene.