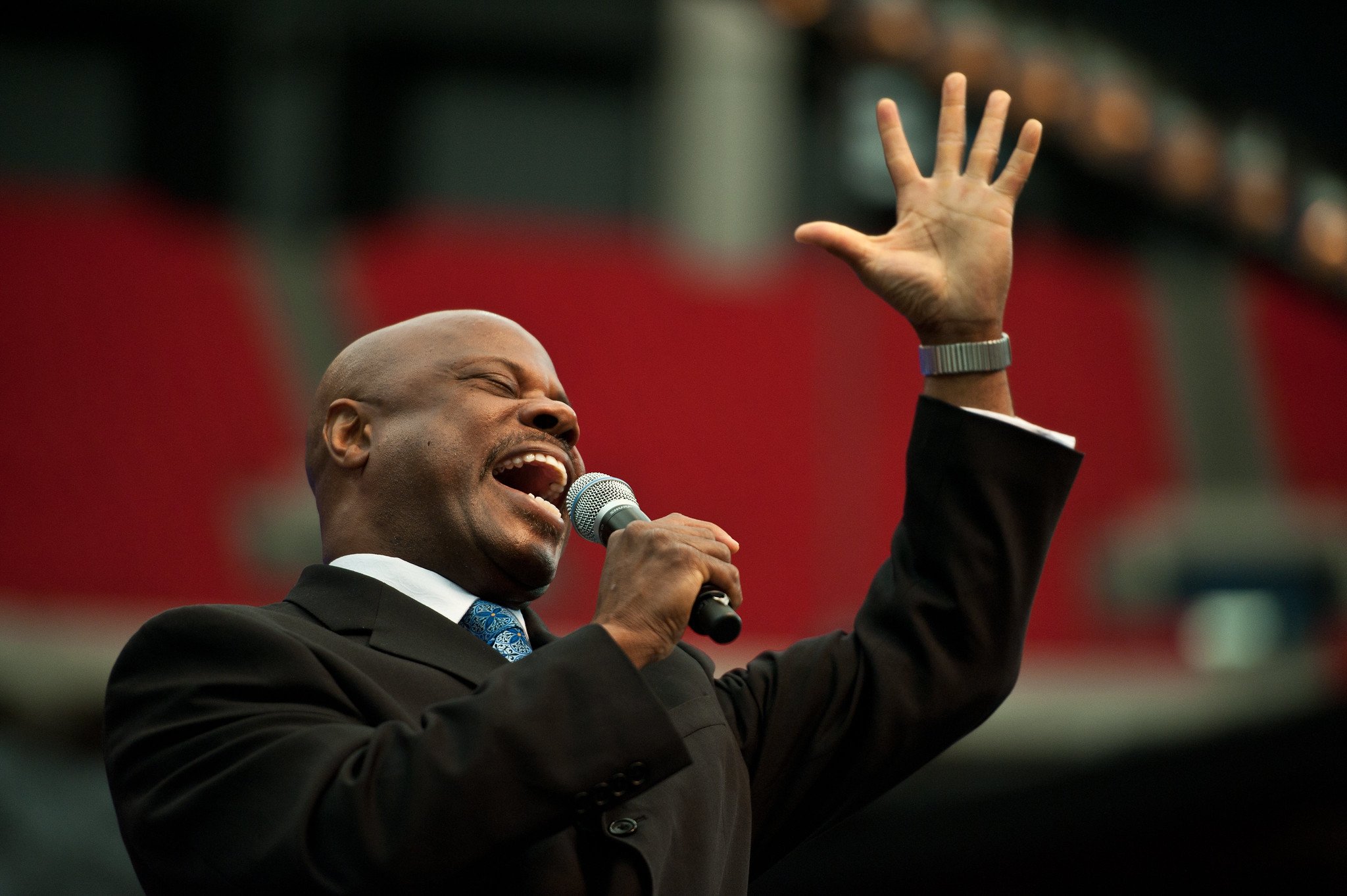 In this week’s news round-up, Wintley Phipps is interviewed for the Today Show, an Adventist cake decorator loses court case, a La Sierra Academy counselor is arrested for possession of child pornography, Fiji church officials are concerned over high number of incarcerated church members, Botswana church representative says Adventist students are uninterested in sex before marriage due to the school’s emphasis on behavior change, and the Oakwood Aeolians are featured on the Alabama Music Hall of Fame website.

Wintley Phipps Featured on NBC Today Show. The SDA pastor, Grammy-nominated gospel singer, and founder of the U.S. Dream Academy was featured on NBC’s Today Show on February 26, 2020. Interviewer Carson Daly described Phipps as “one of the most inspiring people I’ve ever met.” Phipps told Daly that when he realized his gift as a teenager, he made the decision to dedicate his life to “inspiring people, motivating people, encouraging people.” Phipps has sung for six presidents to date and has provided spiritual counsel to some of them. In describing his non-profit U.S. Dream Academy, Phipps said, “You have to increase the density of caring, loving adults in the orbit of kids.” From NBC Today Show, “Meet the gospel singer who has counseled presidents and Oprah.”

Adventist Cake Decorator Loses Court Case for Not Working During Sabbath Hours. Seventh-day Adventist Janet Letendre, a Sicamous, British Columbia, cake decorator has lost her case against Askew's Foods, alleging the grocery store discriminated against her because she is a Christian. Letendre was told by Askew's that she had to work Saturday shifts. The cake decorator also alleged that the bakery manager bullied and harassed her, her hours were reduced, she was denied a transfer to another Askew’s store, and the company purposely changed her shifts as a way of trying to get her to quit. According to a B.C. Human Rights Tribunal decision, Letendre had no reasonable prospect of establishing that being scheduled to work Saturdays had an adverse impact connected with her religion. From InfoTel News, “Shuswap Christian loses human rights case against Askew's Foods.”

La Sierra Academy Counselor Arrested for Possession of Child Pornography. Matthew Johnson, a counselor at La Sierra Academy in Riverside, California, has been arrested on suspicion of possession of images of minors in sex acts as well as sending and selling obscene materials of minors. He also had secretly recorded boys in a restroom at the school and was in possession of more than 600 images of child pornography, Fontana police said. Johnson admitted to police that he had secretly video-recorded students at the boy’s bathroom at the academy, Riverside police spokesman Officer Ryan Railsback said.

Principal Elizabeth Muñoz Beard said Johnson was fired immediately. “Our campus is staffed with counselors and pastors who are engaging with students during this difficult time.”

Fontana police discovered through their Internet Crimes Against Children Task Force, that Johnson “was downloading and distributing child pornography over the internet,” said Officer Daniel Romero, a department spokesman, in a statement. After serving a search warrant on Wednesday, March 4, at Johnson’s home in the 25200 block of Taylor Street in Loma Linda, detectives “seized multiple electronic devices,” Romero said. “Evidence relating to the downloading and distribution of child pornography was located. Many of the images and videos depicted prepubescent boys.” Fontana police also served a search warrant at the school in Riverside. From The Sun, “Riverside school counselor had 600 child pornography images, police say.”

Fiji SDA Church Officials Discuss Strategies to Reduce the Numbers of Incarcerated Church Members. The Seventh-day Adventist Church in Fiji is concerned about the upward trend of its members in Fiji Corrections Service facilities around the country. According to statistics presented at a joint symposium by the church and the Fiji Corrections Service, 314 inmates are from the SDA church. SDA Church in Fiji Prison Ministry coordinator, Pastor Sefanaia Turuva said: “It’s very alarming; the reason is that these inmates belong to a family, they belong to a community, they belong to a church, so the things that happened are indicating that there is something wrong somewhere. Four years ago we were on number four but today we are number two,” he said.

“This symposium is one way we could sit and discuss strategies on how to reduce the numbers of inmates from the church and also providing aftercare to inmates when they are released from correctional facilities. We are grateful that the Fiji Corrections Service has admitted that they cannot do everything on their own and they need our help.”

The number had increased from 215 in August 1, 2018. The statistics revealed that they were second to the Methodist Church that topped the list with 765 offenders in correctional facilities. FCS director rehabilitation, Senior Superintendent Salote Panapasa said engaging the community for the aftercare of inmates had always been a challenge for them. “That is why we have to engage churches because they cover all areas of responsibility,” she said. From Fiji Sun, “Number Of Inmates In Prison Alarms SDA Church Pastor.”

Botswana Church Representative Says Condoms Unneeded by SDA Nursing Students in AIDS Prevention Efforts. Botswana has reaffirmed its commitment to end the Aids epidemic as a public health threat by 2030 with the recent collaboration with faith missions and traditional leaders. Botswana is partnering with the United States to enlist the help of faith and traditional leaders to help put HIV positive men and adolescents on treatment and protect children against violence.

U.S. Ambassador to Botswana, Craig Cloud, said the national launch of the Faith and Communities Initiative targets faith-based organizations because these organization meet face to face with the people almost on a daily basis and have power to change their mindset. “If properly executed, the initiative will bring positive results and reduce new infections,” he said. But some church leaders are uncomfortable with plans to distribute condoms in schools because they believe such a move would encourage students to engage in sexual activities.

For his part, church representative Dr. Kenaope Kenaope said that Seventh-day Adventist institutions of learning do not allow for sexual relations at any stage, including student nurses in Kanye. “You go to the nursing college in Kanye village where I work, and we do not distribute condoms to our students. By the time those young adults leave school, they are no longer interested in sex before marriage because we emphasize behavior change,” he said. From The Southern Times, “Botswana enters another phase of HIV response.”

Oakwood Aeolians Featured on Alabama Music Hall of Fame Website. The Aeolians of Oakwood University (Huntsville, Al) was originally organized in 1946 by the late Dr. Eva B. Dykes. Since its inception, the choir has traveled widely, touching the hearts of both young and old with their inspirational singing. The group has performed at the Kennedy Center and Carnegie Hall, toured across the world, and teamed up with the Alabama Symphony Orchestra. From Alabama Music Hall of Fame, “Black History Spotlight: The Aeolians of Oakwood.”