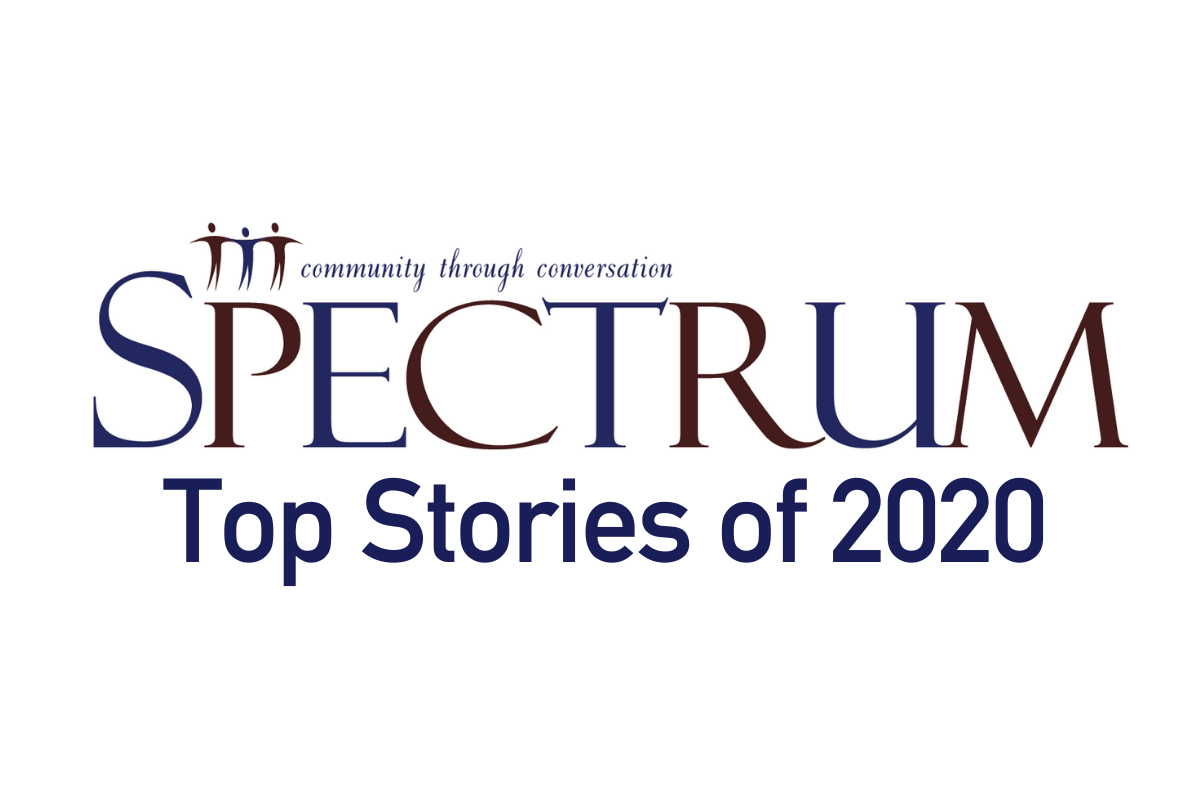 What a year 2020 has been! Now that it’s coming to a close, Spectrum is taking a look back at our top stories. This year, the Spectrum website received over 2.5 million pageviews from over 760,000 unique visitors.

Unsurprisingly, many of our most-read stories this year centered around the COVID-19 pandemic: the postponement of GC Session, the financial crisis caused by churches closing their physical doors, the heated discussion on whether church entities should take advantage of government relief funds, a tribute to Adventists who died from COVID, and a look at Ellen G. White’s response to the pandemic of her day.

But as we look back at 2020, coronavirus wasn’t the only topic of discussion. Articles on racism, LGBT+ issues, how the church treats people, and what the future of Adventism might look like were all circulated and talked about widely.

Read on to find out which stories topped the news cycle each month.

In January, author Yvon Caza asked if the church is oppressing the poor by demanding tithe in an article that garnered almost 3,000 views. A close second with over 2,000 views was Aidis Tomsons’ article about his personal journey with Ellen G. White’s writings.

“Is the Church Oppressing the Poor by Demanding a Tithe?” by Yvon Caza, January 14, 2020

With almost 5,000 views each, Pacific Union College biology professor Bryan Ness and Spectrum editor Bonnie Dwyer had the top stories of February. Ness provided a detailed overview of human sexuality at the chromosomal level and discussed the implications of this knowledge on the discourse surrounding same-sex marriage.

In Dwyer’s news article, she announced that Spectrum had been denied a booth in the General Conference Session Exhibit Hall for the first time in 30 years. While this surprising turn of events had us scrambling to rethink our plans, it would all prove a moot point just a month later when GC Session was postponed due to COVID.

“There is More to Human Sexuality than XX and XY” by Bryan Ness, February 5, 2020

As COVID swept across the globe at a catastrophic rate, the General Conference waffled on whether to postpone the quinquennial GC Session. On March 16, GC President Ted N. C. Wilson released a special video message stating there were “no plans to postpone,” but less than 24 hours later, the GC Administrative Committee voted its recommendation to postpone. And on March 19, we broke the story that the GC Executive Committee had voted its agreement with ADCOM, and Session was officially postponed until May 2021. This breaking news story accumulated over 6,000 views.

In April, Nancy Lecourt’s article about an Andrews University professor accused of racism by his student employee resulted in over 4,000 views and intense discussion on social media regarding the professor’s comments. Meanwhile, Spectrum columns editor Rich Hannon’s article on the financial impact COVID might have on the church received over 3,000 views, making it our second highest read story of the month.

“You Will Never Understand Racism Like I Do” by Nancy Lecourt, April 24, 2020

“A Looming Financial Crisis in Adventism” by Rich Hannon, April 3, 2020

Two historical pieces topped our news cycle during the month of May. DeWitt Williams’ piece detailing rock-and-roll star Little Richard’s time at Oakwood University was our second most widely circulated story of 2020 with over 10,000 views. Also shared widely this year was Ciro Sepulveda’s piece about Ellen White’s changing views toward pandemics as she and her family lived through cholera’s sweep across the globe. This piece received almost 9,000 views.

“Little Richard and His Time at Oakwood College” by DeWitt S. Williams, May 15, 2020

June was our biggest month in terms of analytics, with 268,000 pageviews and several highly viewed stories. Our biggest story of the year with over 16,000 views was Alva James-Johnson’s tribute to the nearly 200 Adventist church members who had died from COVID in the Metro New York area at that time.

Several other widely read stories were also published in June, including queer Adventist Ora Battle’s open letter to the GC and NAD which received over 7,000 views, Bonnie Dwyer’s in-depth report about the financial crisis at Pacific Union College with over 3,000 views, and my article about the fringe group with ties to Adventism that claimed “Islam” would detonate a bomb on July 18, which received almost 3,000 views.

“An Open Letter to the General Conference and North American Division of the Seventh-day Adventist Church” by Ora Battle, June 17, 2020

Once again, Alva James-Johnson had our biggest story of the month, this time with her in-depth investigative reporting on the Adventist entities who received millions of dollars in federal aid from the CARES Act Paycheck Protection Program (PPP). With almost 10,000 views, this was our third most highly circulated story of the year.

Our top story in August with over 5,000 views was Admiral Ncube’s opinion piece about Adventism needing a paradigm shift and the implications for the future of Adventism post-COVID.

In September, Spectrum interviews editor Alita Byrd talked with Paul-Anthony Turner, a gay seminary graduate with a deep commitment to the Seventh-day Adventist Church who has been denied a role in his home congregation. This was our top story of the month with over 2,000 views.

In October, Alex Aamodt, the Roy Branson Investigative Reporter for Spectrum, wrote about the investigation into embezzlement in the Southern Africa-Indian Ocean Division (SID) of the Seventh-day Adventist Church. This article received almost 5,000 views.

Our top article in November was by Pastor Matthew Lucio who asked, “Why are there so many mean Adventists?” His question generated quite the discussion on our social media channels and his piece received 3,500 views.

So far this month, two stories are neck-in-neck for most read, with about 1,500 views each. Columnist Matthew Quartey’s piece asking why so many educated Adventists leave the church has caused a stir on social media. Meanwhile, Alva James-Johnson and two of her journalism students at Southern Adventist University, Joel Guerra and Paola Mora, did an in-depth report on whether accepting government funds has put Adventist schools in jeopardy.

“Do We Know Why Educated Adventists Leave the Church?” by Matthew Quartey, December 17, 2020

“Adventist Schools, COVID-19, and the Big Government Bailout: Is the Funding in Jeopardy?” by Alva James-Johnson, Joel Guerra and Paola Mora, December 10, 2020

2020 was an unprecedented year, and my prayer for each of you is that 2021 brings with it hope, health, and happiness. Whatever Adventist happenings occur in the New Year, Spectrum will be here to keep you updated with timely news coverage and thoughtful perspectives.

If you appreciate the work we do here at Spectrum, please consider supporting us with a year-end donation. As a non-profit news organization, every gift makes a difference and means we can report on more Adventist news from around the world.