Sellout to Segregation? — Ellen White and the Politics of Racial Justice (Part III) 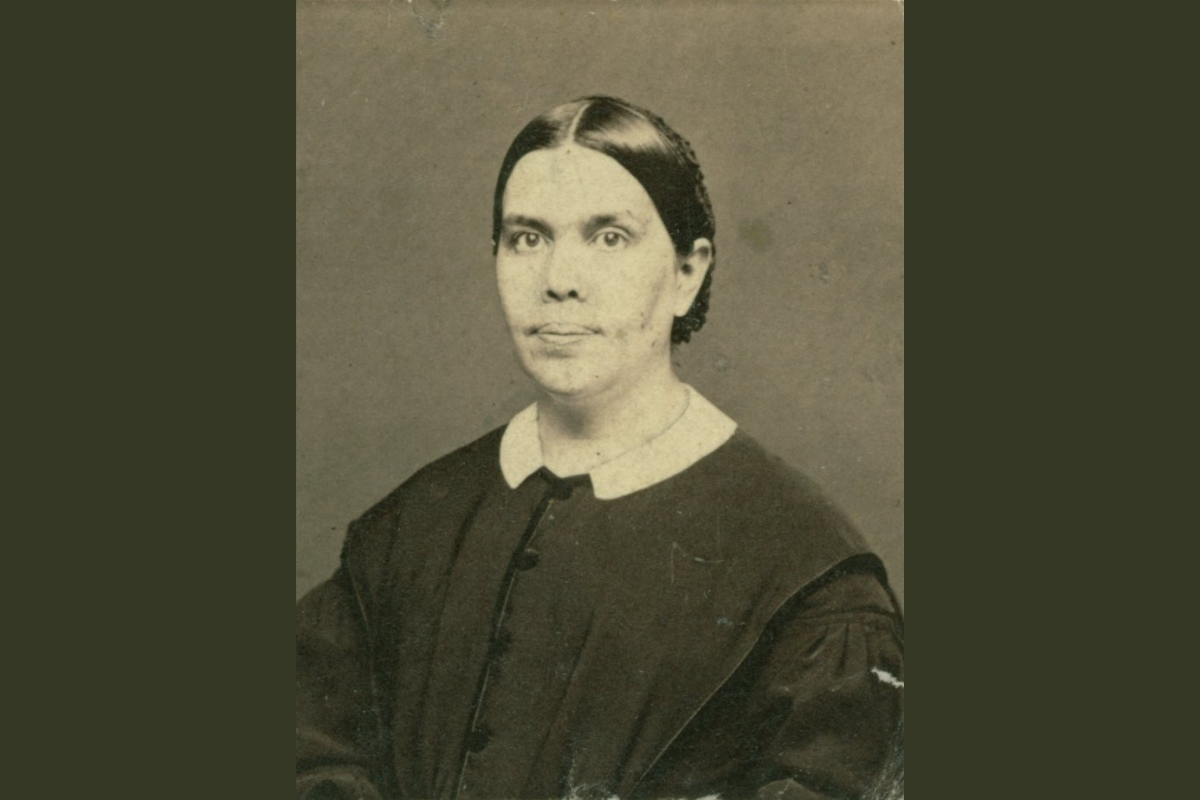 “Why not cut out of your Bibles, when Christ refers to His work, ‘The Spirit of the Lord God is upon Me, because He hath anointed Me to preach good tidings unto the meek; he hath sent me to bind up the brokenhearted, to proclaim liberty to the captives, and the opening of the prison to them that are bound’ (Isaiah 61:1)?”[1] That’s the question Ellen White left believers in the Woodland, California church antagonistic to political measures for racial justice to ponder in 1880 (see Part II).

Fifteen years later, Christ’s announcement of his kingdom mission in Luke 4 (quoting Isaiah 61), would be the scriptural anchor for Ellen White’s articles published in the Review during the mid-1890s, compiled in the Southern Work (1898; 1901), urging Adventists to undertake a risky mission to reach the Black population held under racial oppression in the American South and meet their needs in a holistic manner. How would the politics of racial justice figure into that mission? Ellen White framed the context for that question in 1908 when she wrote:

Much might have been accomplished by the people of America if adequate efforts in behalf of the freedmen had been put forth by the Government and by the Christian churches immediately after the emancipation of the slaves. Money should have been used freely to care for and educate them at the time they were so greatly in need of help. But the Government, after a little effort, left the Negro to struggle, unaided, with his burden of difficulties.[2]

Some commendable effort had been made, Ellen White observed, but it had not been adequate. It was especially inadequate in duration. As signaled by the Compromise of 1877, the “Government, after a little effort, left the Negro to struggle, unaided.” Unaided against white supremacists who used terror and violence to regain control of the Southern state governments. Unaided as the white “redeemers” — so-called because they won back the political control lost during Reconstruction — proceeded “to reduce blacks to a state of peonage, to disregard their civil rights, and to disenfranchise them by force, intimidation and statute.”[3]

W.E.B. Du Bois, whose scholarly tome Black Reconstruction in America extended to 746 pages, encapsulated the tragedy in a single, devastating sentence: “The slave went free; stood for a brief moment in the sun; then moved back again toward slavery.”[4]

As Ellen White acknowledged, the Seventh-day Adventist Church “failed to act its part” during the period of opportunity marked by Reconstruction and its gradual close, extending into the early 1890s. By the time Adventists, most notably through the initiative taken by the prophet’s son, Edson White, were getting serious about reaching Black people in the South,[5] the Supreme Court, in Plessy v. Ferguson (1896), in effect put a national seal of approval on racial segregation. During the years spanning the turn of the century (ca. 1895-1910), “Jim Crow” became a pervasive and legal social system for keeping Black citizens separate and unequal. The experiment in interracial democracy met its final and complete demise, replaced by an authoritarian regime of racial repression. The southern states invented a variety of means for thwarting the 15th amendment, preventing an overwhelming majority of Black citizens from exercising the right to vote. The total of fourteen African Americans in Congress went down to one by the turn of the century, and after his term concluded in 1901, there would be none for nearly three decades.[6]

Ellen White believed that more than two hundred years of slavery created “a heavy debt upon the American nation” and, as quoted above, both the government and the church had a role in making good on that debt. She adapted her program for rectifying racial injustice to the new context in which conventional politics — any semblance of free and fair elections and representative democracy — was no longer available as an instrument for advancing the well-being of Black Americans in the South. She urged the church to undertake a comprehensive initiative that would bring to bear everything that Adventism had to offer toward holistic restoration of humanity to the flourishing for which they were created. It would help the formerly enslaved, their children, grandchildren, and great-grandchildren claim their equal dignity as sons and daughters of God, and their “God-given freedom” to discover and follow the way of Christ for themselves. It would entail “teaching them to read and to follow various trades and engage in different business enterprises.” She called on farmers, financiers, builders and craftsmen to join ministers and teachers in this broad-ranging mission and thereby make “the best restitution that can be made to those who have been robbed of their time and deprived of their education.”[7]

This agenda challenged the status quo. The Adventist prophet insisted, “The cotton field will not be the only resource for a livelihood to the colored people,” at the very time in which the ascendant forces of white supremacy were engaged in a systematic effort to see that it was. This was a high-risk venture. “Just as soon as people begin to make any kind of movement to educate the blacks, there are some who are determined that it shall not be done,” Ellen White observed in 1907. A few years before, her son Edson and his colleagues in the Southern Missionary Society had a taste of that determination. “The whole difficulty arose from our efforts to aid the colored people,” Edson explained regarding the mob violence they encountered at Calmer, Mississippi in May 1899. “We had…taught them some better ideas about farming, introduced different seeds such as peanuts, beans, etc., that bring a high price…and this the whites would not stand.”[8]

Only in the context of the foregoing — both the consolidation of white supremacist rule over the Southern states and Ellen White’s earlier outspokenness for racial justice in America (see Part I and Part II of this essay) — can we begin to understand her counsel on politics during the 1895–1910 period.[9] Admonitions against becoming “absorbed in politics,” giving “our minds to political issues,”[10] making “political speeches,”[11] or agitating “the color line question,”[12] may strike many in the twenty-first century as disappointing, even deplorable. And so they should if presented, as for decades they were, without context as timeless maxims, inspired dictates that define Ellen White’s legacy for the politics of racial justice. If treated as such, her earlier insistence that authentic Adventism requires outspokenness for racial justice in America must be somehow minimized, marginalized, or attributed to a change, a compromise of principle that at best taints and at worst completely undercuts her entire legacy as a guide for race matters today.

But what if the 1895–1910 cautions do not constitute a change in direction but an adaptation to a specific time and place for the purpose of moving forward in the same direction? Rhetoric that might be edifying clarity and powerful motivation for truth and righteousness in one context might be a reckless invitation for brutal recrimination in another context. Such repression would damage and possibly destroy the church-based endeavor to create alternative structures for Black advancement, especially when these efforts are already held in suspicion. If the 1880 Woodland church letter suggests that the call for racial justice should not be muted because it offends some people, the 1895–1910 counsels point to the need for prudent adaptation to avoid unnecessarily triggering violent reprisal from a brutal ruling order.

In a letter to Franklin E. Belden in 1899, Ellen White reaffirmed the mandate upon believers both to act for racial justice and to be discerning about how best to do so in the time and place in which they are situated.

God calls upon Christians, high or low, to represent Christ in their treatment of the colored people. God calls for His workers to consecrate themselves to the cause of justice and reform….

The age in which we live calls for decided reformatory action; but wisdom must be exercised in dealing with the race that has so long been degraded and abused. That which is now undertaken cannot be carried forward as it might have been had the white churches at the time of the abolition of slavery acted as Christ would have done in their place.[13]

Flashback to 1859, Battle Creek, Michigan. The issue, temperance, is different but in the light of the evidence considered above, the significance would be the same for racial justice.

In her diary entry for March 9, 1859, Ellen White commented on a visit by “men of intemperance” to the publishing office who commended the Sabbath-keeping Adventists for avoiding politics and not voting. But the leaders of the Battle Creek church had just reached a consensus that they should use the vote “in favor of right and against wrong” rather than by inaction contributing to the electoral success of “intemperate men.” Ellen White concurred. She perceived the influence of “Satan and his evil angels” behind the “flattering manner” of the visitors and concluded, “May Satan be disappointed, is my prayer.”[14]

The priority that Ellen White placed on racial justice throughout her prophetic career and the passion of her advocacy for it lays down a challenge for us. The guide posts of her witness, considered in the light of prayerful, Christ-centered reflection on Scripture, leave us with a question: “How can I, as a colaborer with Christ, most thoroughly disappoint the devil by acting for racial justice in the Fall of 2020?”

Note: Video presentations corresponding to this series of articles may be found on the blacksdahistory.org YouTube channel.

[7] Ellen G. White, The Southern Work (1901), 44, 53, 60-61, Ellen G. White Writings, https://m.egwwritings.org/en/book/139/info. The reference to the cotton field as the only place of employment is an oversimplification here taken to signify not only the reduction of Black farmers to long-term debt peonage but systematic restriction of Blacks to the lowest levels of agricultural, service, and industrial employment. See Rayford W. Logan, The Betrayal of the Negro from Rutherford B. Hayes to Woodrow Wilson, 2nd ed. (New York: De Capo Press, 1965), 153-156.