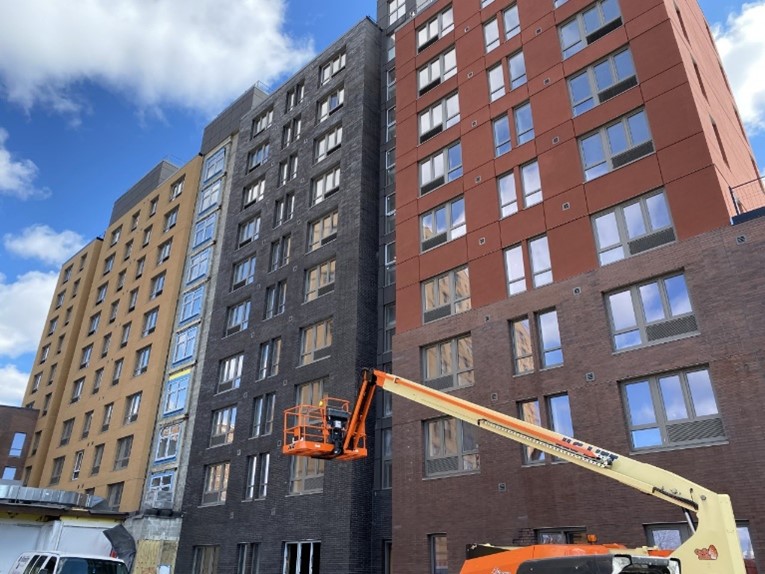 The City of New York has issued a temporary certificate of occupancy for the newly completed Northeastern Towers Annex. The ten story building will provide 159 units of affordable housing for seniors aged 62 years and up. It consists of 100 one-bedroom units, 58 studio units and 1 two-bedroom apartment for the superintendent. The Northeastern Conference Administration conceived the project due to a growing backlog of applications in the original Northeastern Towers building with waiting lists of up to five years. The new building is adjacent to the original 110-unit tower built nearly 40 years ago.

At the October 2018 groundbreaking NEC President Daniel Honore stated “The Northeastern Conference of Seventh-day Adventist is proud to stand with our neighbors to ensure that senior citizens, who have given so much to our community, enjoy safe, clean and affordable housing in their sunset years.”

On October 7, 2020 Conference administrators were joined by the office staff for a visit and inspection of the completed premises. Atlantic Union Conference President G. Earl Knight joined the group and offered a dedicatory blessing for the building. Guests then proceeded to visit the facilities. A formal ribbon cutting inauguration ceremony is being planned in the near future. 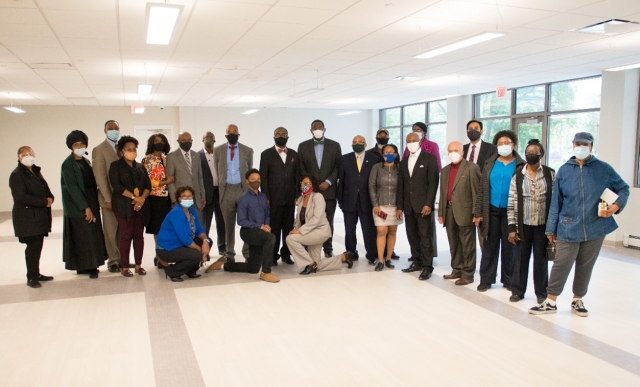 The tenants were selected through a lottery process administered through the New York City Housing Authority. Over 37,000 applications were submitted for the 159 units accentuating the need for affordable senior housing in New York City. Fifty-five units have been set aside to house previously homeless New York families. The Conference encouraged as many eligible senior members as possible to apply. Because of the governmental funding involved there can be no discrimination on the basis of religion. “Several SDA families were selected through the process and we are delighted that some of our own members will benefit from the project,” says Executive Secretary Oswald Euell. Families will begin moving in during the next few weeks.

The new building will be managed for 15 years by the Fifth Avenue Committee (FAC), which has an extensive background in managing subsidized senior housing projects throughout New York City built through tax credits. “The project has been a true partnership with the Northeastern Conference of Seventh-day Adventists from inception,” states Michelle de la Uz, FAC Executive Director. 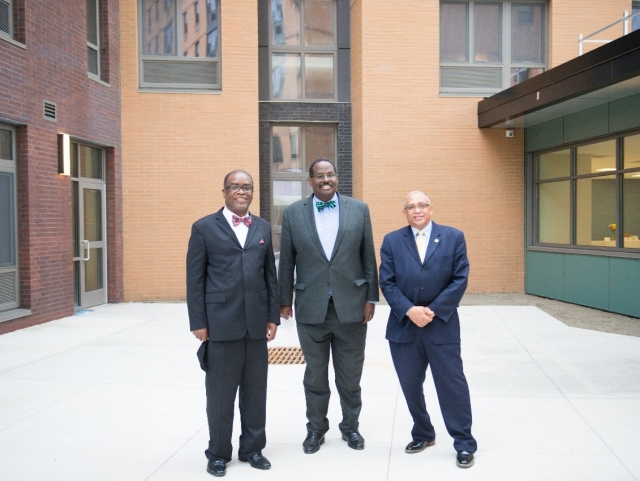 This press release was provided by the Northeastern Conference for distribution.

Images courtesy of the NEC.