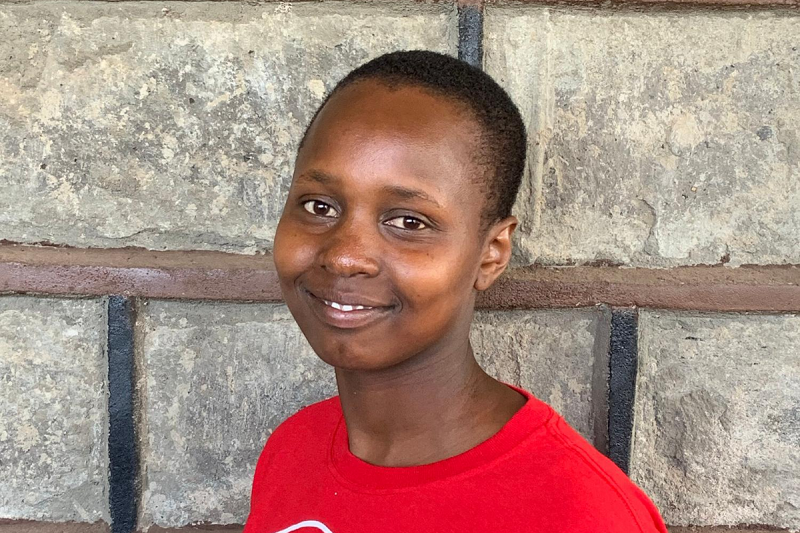 By Jan Latsha as told to Kirsten Roggenkamp.

Female genital mutilation (FGM) has been practiced among the Maasai as well as other ethnic groups in Africa for hundreds of years. This ritual is believed to prepare girls for marriage as the Maasai say that an “uncut” woman is dirty, and it guarantees a woman’s faithfulness to her husband. This custom makes childbirth more difficult and results in more stillborn babies. Traditionally the procedure is done by an older woman on the dirt floor of the family home. Nothing is given to relieve the girl’s pain. More information can be found online; both the World Health Organization and Wikipedia have extensive articles.

“Morintat, I need to talk to you,” her mother called her back to the manyatta, their home in Megwara, Kenya.

“Yes, Mother, what do you want?” Morintat turned around.

“Let’s go inside,” her mother directed. “Here sit down on the bed.”

“Something must be wrong, Mother. You seem so serious,” her daughter said, as she sat down.

“Morintat, you know that yesterday I went to visit your father in prison.”

“He needs money to pay his fine so he can get out of jail,” the mother said.

“What does that have to do with me?” her daughter asked.

“Well you know that your father is in jail because your sister died,” the mother continued.

“Your father needs you to marry the man who planned to marry your sister,” she said.

“I don’t want to marry that man. He is old and I am nine years old,” Morintat said.

“That doesn’t matter,” her mother said. “Your father is older than me.”

“How old were you when you got married?” the daughter asked.

“You know that we Maasai didn’t keep track of age and birthdays,” was her reply. “Maybe I was fifteen.”

“Mother, my sister died from the cutting. She was only thirteen. I saw her on the ground with blood all around her.” Morintat insisted.

“Yes, that does happen sometimes. My sister died from the cutting too,” her mother answered.

“Do you want two of your daughters to be dead?”

“It’s rare for a girl to die from the cutting. No one will ever marry you if you’re not cut. It’s the Maasai custom. We have done it for thousands of years. Besides, we need the cows your husband will pay for you to sell so we can pay the fine to get your father out of jail,” said the mother.

“My daughter, you will go and stay at your uncle’s, your father’s brother’s house. We need to make the arrangements. We will have a feast. Your future husband is a good man. Someday you will have a baby who will bring joy to your heart. This is our tradition. Every Maasai woman for thousands of years has been cut and married young,” the mother insisted. “Now, go to your uncle’s house.”

Morintat took her few belongings and started down the path to her uncle’s house. My own father is willing to risk another daughter’s life so he can get out of jail, she thought. Didn’t he love my sister? Doesn’t he love me? I don’t want to be cut. I don’t want to marry that old man.

Morintat went to school the next day as usual. Her teacher noticed how sad she looked.

“Why are you sad, Morintat?” the teacher asked.

“Do you remember my sister who died from the cutting?” Morintat said.

“Yes, I remember her. She was a good girl and a good student. I was very sad when she died.”

“My father is in jail because my sister died. Now I must be cut and marry the man who was to be my sister’s husband. Our family can sell the cows they will get for me to pay the fine so my father can come home,” Morintat explained.

“I don’t want to die like my sister did,” the girl said.

As the children were doing their school work, the teacher wrote a note and asked one of the boys to carry it to Pastor Nanka who lived up the hill from the school. In a few minutes Pastor Nanka walked down the hill. The teacher went outside the classroom to talk to him. Morintat wondered who he was and why he had come to school. The teacher called Morintat outside. “Morintat, this is Pastor Nanka. Some of the girls board here at our school and go to his house up the hill for holidays. Because cutting is against the law, he can get permission from the county children’s department for Maasai Development Project to be your guardian. Do you see the new building that is being built up the hill? It will be a rescue home for 70 girls like you who want to avoid circumcision and early marriage.

The teacher asked her, “Would you like to live here at the school and be rescued from the cutting? Some of the other girls live here. Maasai Development Project is their guardian too.”

“Yes, I would,” Morintat said.

The teacher opened the classroom door and called one of the girls. “Nancy lives here in our dorm because her family lives too far away to go home every night,” the teacher told Morintat. “Some of the girls are like you. They are waiting for the project to be finished so they can live there. Their guardian is also Maasai Development Project.”

“Nancy, please show Morintat around the dorm,” said the teacher.

The girls went to look around the dorm. A big room had lots of bunk beds that really looked comfortable. “This is a nice place to live. We girls have fun. Sometimes we play tricks on each other,” Nancy explained.

When the girls came back, The teacher came over to them and asked Morintat, “Do you want to live with the other girls here at school and stay with Pastor Nanka’s family during holidays?”

“Yes, of course. I will be safe,” Morintat said.

Pastor Nanka joined the conversation. “I will go to the county children’s department in Narok. MDP will be made your guardian because what your parents want to do is against the law. In Kenya it is against the law to do the cutting and to be married before eighteen. Tonight you will stay here at the school in the dorm. You will not go back to your uncle’s house.”

Ten years have passed since Morintat went to live in the school dorm. Today there is a brick building on the hill near Pastor Nanka’s house, called the Maasai Development Project Education Centre. Many girls have come to live in the big rooms with comfortable bunk beds and boxes for their belongings for each girl. The younger ones go to the school down the hill where Morintat was a student. Now she is fourth form (in twelfth grade) at Kabokyek Boarding School. She comes back to the project on the hill on holidays. Morintat has grown tall. Soon she will take tests that will determine her plans for her future studies. Not only has she gone to school and learned a lot, she has fallen in love with Jesus and been baptized.