How Ellen White Coped with a Pandemic 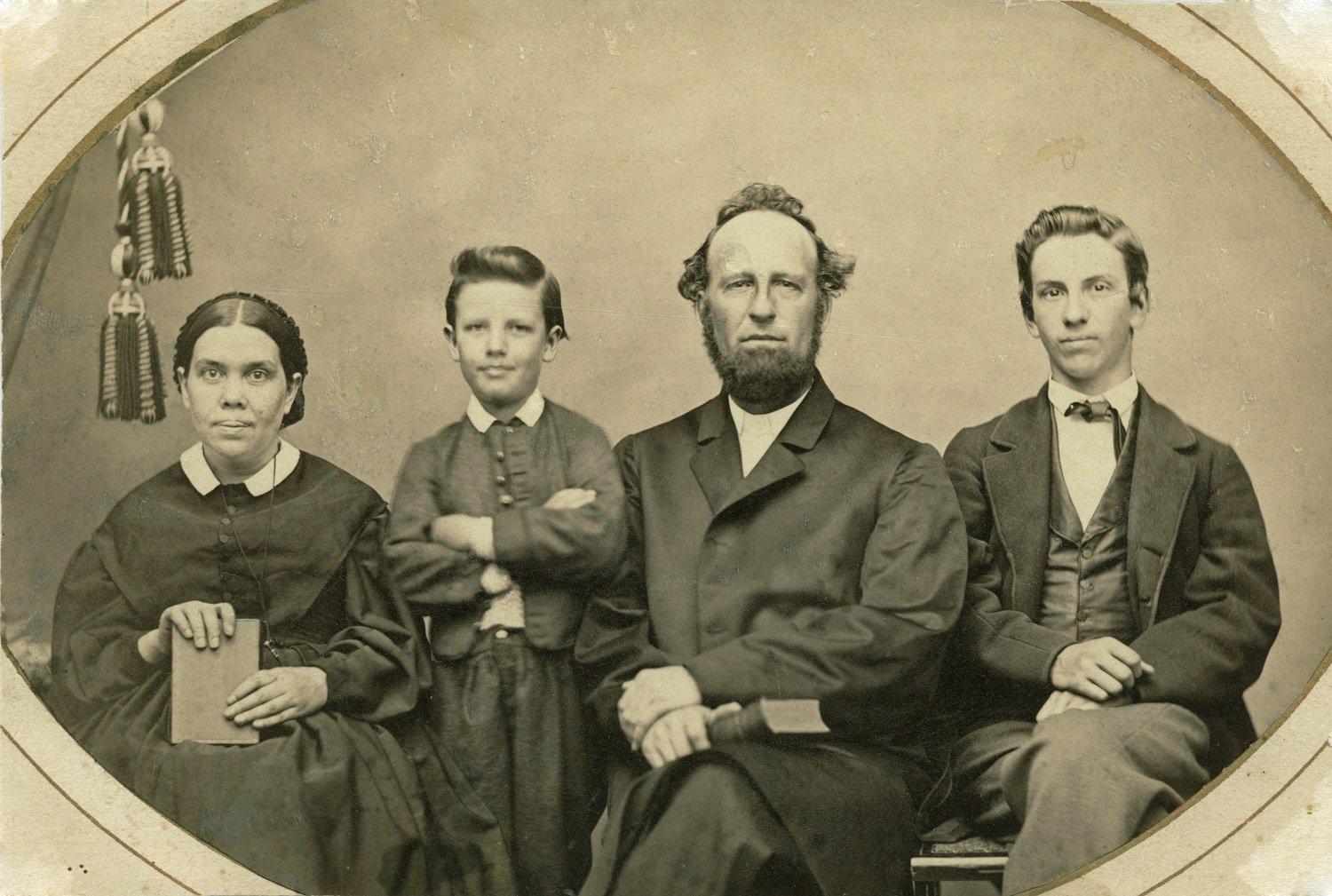 In 1852 Ellen G. White’s youngest son, Edson, three years of age, fell victim to the third global cholera pandemic erupting across the United States, 1846-1860.[1] The White family, at the time, lived across the street from the Erie Canal in Rochester, New York. The first of the seven cholera pandemics flared up in India, near Calcutta, 1817-1824. From there, the contagion moved in all directions, often carried by migrating British Troops.[2] The third pandemic crossed the Atlantic, arriving in Quebec, then continued through the St. Lawrence River and its tributaries in Eastern Canada into the State of New York in the 1850s.[3] In a rented house on Hope Street, as the pandemic spread across Upstate New York, Ellen White penned, “The cholera visited the city, and while it raged, all night long the carriages bearing the dead were heard rumbling through the streets to Mount Hope Cemetery.”[4]

Millions of people died from the seven cholera pandemics. Of the people who developed cholera symptoms, 20% developed severe diarrhea, vomiting, and leg cramps, which led to dehydration, septic shock, and for some, within a matter of hours, death.[5] The people of Rochester felt helpless with no idea where cholera came from, how it entered the body, or what to do to ease the suffering it inflicted. The invisible enemy arrived silently, wreaking havoc on the Whites and the city of Rochester. Ellen White wrote:

“This disease did not cut down merely the low but took victims from every class of society. The most skillful physicians were laid low and borne to Mount Hope. As we passed through the streets in Rochester, at almost every corner, we would meet wagons with plain pine coffins in which to put the dead.”[6]

“Our little Edson was attacked, and we carried him to the great Physician. I took him in my arms, and in the name of Jesus rebuked the disease. He felt relief at once, and as a sister commenced praying for the Lord to heal him, the little fellow of three years looked up in astonishment, and said, ‘They need not pray any more, for the Lord has healed me.’ He was very weak, but the disease made no further progress. Yet he gained no strength. Our faith was still to be tried. For three days he ate nothing.”[7]

As Ellen White and her husband battled with the cholera in Rochester, a medical doctor in London’s Soho district, John Snow, launched a plan of mapping the location of cholera cases from his practice. Cholera spread at an alarming rate through the streets of the city. In 1854 England suffered the worst year of the cholera pandemic, experiencing 23,000 deaths. Because no one knew the origins of the contagion, fear petrified the planet. Snow’s collection of data led to the conclusion that cholera came from the water in a public well pump. His pathbreaking research set alight a bright beam of hope over the darkness of the times. A newly developed science grew out of Snow’s work, saving the lives of millions.[8]

A beneficiary of Snow’s work, Ellen White learned to stare down cholera in the years before the Civil War. When she was in her twenties, a young mother of two sons, the experience in Rochester attracted her fascination with diseases and public health. She read books, pamphlets, magazines, and newspapers on the topic voraciously, escalating her learning as she dealt with the illnesses of her husband, four sons, relatives, and Church members. Several visions helped her grasp the scope of the problem. During the next 40 years, the 1850s-1890s, White’s sermons, pamphlets, and books helped the Adventist community create a message highlighting the importance of health in the Christian life.

In 1890 she published a book titled Christian Temperance and Bible Hygiene, which fleetingly alluded to cholera. White’s comments surfaced as she tried to make clear the significance of personal hygiene in safeguarding the body from illness and disease. She wrote:

“When Lord Palmerston, premier of England, was petitioned by the Scottish clergy to appoint a day of fasting and prayer to avert the cholera, he replied, ‘Cleanse and disinfect your streets and houses, promote cleanliness and health among the poor, and see that they are plentifully supplied with good food and raiment, and employ right sanitary measures generally, and you will have no occasion to fast and pray. Nor will the Lord hear your prayers while these, his preventives, remain unheeded.’”[9]

Ellen White’s usage of Lord Palmerston's response to the Scottish clergy who sought more prayer and fasting highlights the change she experienced during her lifetime concerning pandemics. In the early 1850s, when no one knew the origins or nature of cholera, rebuking cholera and waiting for a miracle became her only resource. But by the end of the century, when science uncovered where cholera came from and how it spread, she counseled members of the Seventh-day Adventist Church to take an active role in confronting pandemics. In her opinion, it became the duty of the Christian to fight diseases.

By 1890 White understood pandemics posed a constant threat to the human community, launching terror on humankind since the dawn of history. Since the plague of Athens in 431 B. C.E., that killed 55,000 Athenians, historians have recorded their devastation.[10] The contagions in the United States appear every 38 to 40 years. Not a one-time event that comes and leaves, but rather consistently with us. In the case of cholera, to this day it has not been eradicated. According to the World Health Organization, cholera infects 1.3 to 4 million people every year, killing 21,000 to 143,000.[11] Ellen White’s approach to pandemics matured over the years and revealed a three-phase approach.

First, do not let the pandemic paralyze you, nor sit and wait for a miracle. White believed that fasting and prayer must not replace an effort to understand the disease or to defeat its threat. As Lord Palmerston stressed, the Lord will not hear prayers from those who ignore and disregard preventive action. White’s faith in God continued firm, but she also felt that disregarding preemptive measures posed an even more significant threat.

Second, men and women must live their daily lives as if pandemics sit waiting around the next curve. On September 29, 2005, Dr. Nabarro of the World Health Organization warned, “We expect the next influenza pandemic to come at any time now.”[12] A good Christian, according to Ellen White, must be vigilant and protect his or her immune system. In the first chapter of her book Christian Temperance and Bible Hygiene, she states, “Knowledge must be gained in regards to how to eat and drink and dress so as to preserve health.”[13] For her, good Christians must be well informed and continuously attentive to the developments of the triggers of good health.

Third, Christians must not only know their bodies but also be aware of the world around them. They must think for themselves, and avoid getting caught up in wishful thinking or wallowing in conspiracy theories. In England, some are burning 5G cell towers, and in Mexico attacking health workers. She wrote, “Those who have indulged the habits of racing through exciting stories, are crippling their mental strength, and disqualifying themselves for vigorous thought and research.”[14]

On March 22, 2020, Pastor Gerald Glenn defiantly announced to his congregation in Chesterfield, Virginia, days after Virginians received an order to avoid large-nonessential gatherings of more than ten people, “I firmly believe that God is larger than this dreaded virus.” Waiting on God to solve the crisis inflicted by the coronavirus became his only course of action. He refused to cancel the worship services of his congregation and believed a miracle would protect him and his parishioners. Today, the pastor is dead, and his wife diagnosed with COVID-19.[16]

Ellen White’s writings and actions revealed a rational and wise approach to a pandemic. She would not have given her blessing to a course of action that disregards the most up-to-date and scientific evidence. Nor would she approve disdain for directives from the most rational evaluations of the day.

[8] See Steven Johnson, The Ghost Map: The Story of London’s Most Terrifying Epidemic—and How It Changed Science, Cities, and the Modern World, 1st edition, Riverhead Books, 2006.

Ciro Sepulveda, a retired historian (Ph.D. Notre Dame University, 1976), lives with his wife on a farm in Southern, Tennessee. His latest book Ellen G. White: How to Globalize a Movement, reflects a lifetime of interest in the life and times of Ellen G. White. Before his retirement, he chaired the History Department at Oakwood University for twelve years.