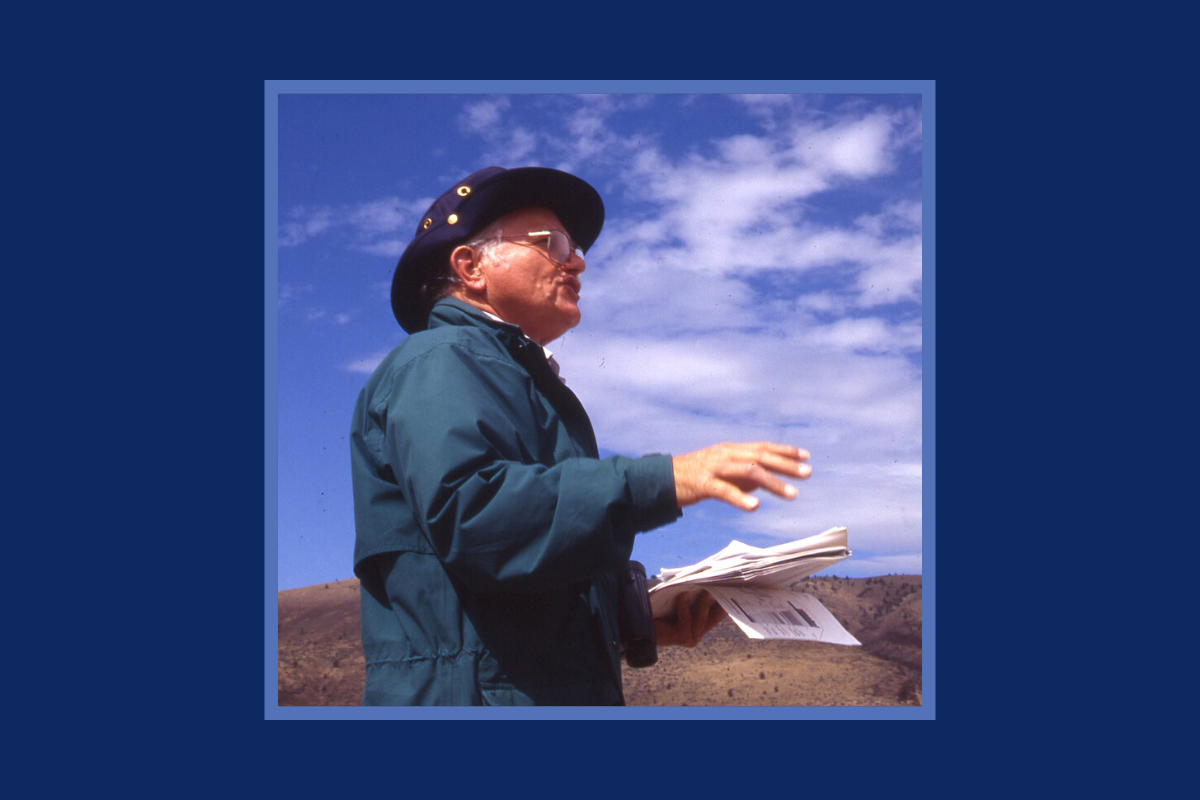 Richard Martin Ritland passed away peacefully at his home on December 13, 2019 in Olympia, Washington. Richard was born in Grants Pass, Oregon July 3, 1925 to Martin and Mae Ritland and grew up in the Willamette Valley of Oregon.

After graduating from Portland Union Academy he attended Walla Walla College (1942–1946). His early interest in the Bible and nature as ways to know God led him to study both theology and biology.

Following graduation he married a classmate, Juanita Hansen, who shared his interests and goals.

While he was attending the SDA theological seminary in Washington, DC, he received a call to teach biology at Atlantic Union College (1947–1954). This led him to pursue graduate work in biology at Oregon State University, and later to get his PhD at Harvard University. For several years he taught at Loma Linda University (1954–1960).

Richard’s concerns about issues in science and religion led him to accept a call to assist in developing a research center, Geoscience Research Institute, to help with questions facing the church. While there, he led many field trips with students, faculty, and church leaders.

In his studies he was always in search of “truth” wherever it might lead. He expressed many of his thoughts in his book, A Search for Meaning in Nature (Pacific Press, 1970).

He returned to teaching at Andrews University in 1971 where he mentored many students. He enjoyed interacting with his students and continually encouraged excellence.

In August 1985, Richard directed the Adventist Forum-sponsored Conference on Geology and the Biblical Record held in West Yellowstone, Montana.

Richard was devoted to his family and enjoyed sharing his love of nature with them. Retirement allowed him to travel to many parts of the world observing and studying birds and other wildlife.

It has been remarked that Richard’s “friends and colleagues will remember a great man whose influence stretched far wider than he ever knew.”

Richard is survived by his wife, Juanita, daughter Beth and husband Fred Barrett, and sons Stephen and wife Wendy, Stanley and wife Alice, John and wife Sandra, and Forrest and wife Kathleen.

This obituary was written by Juanita Ritland and provided by friend and colleague James Hayward. Photo courtesy of James Hayward.