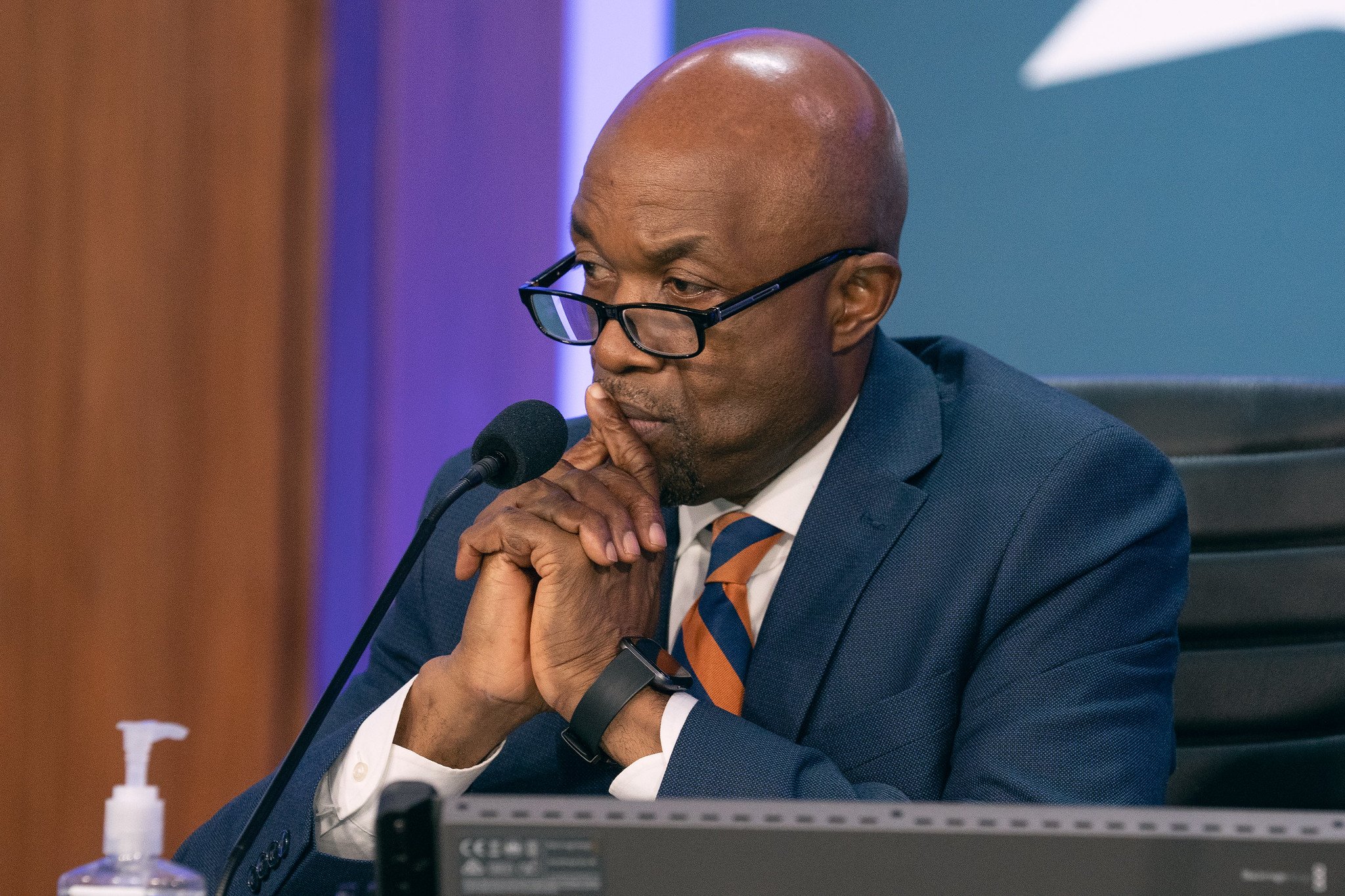 Who says Zoom meetings are boring? The North American Division packed some excitement into its Executive Committee sessions by addressing important societal issues, keeping their ministry reports short and to the point, and including multiple breakout sessions that gave delegates a chance to actually talk with each other.

Monday morning, NAD Treasurer Randy Robinson said if he were a dancing man, that’s what he would be doing given the tithe totals that he had to share. The year to date figures through September showed the Division’s 2020 tithe loss to be only 0.74%. Earlier in the year, when the pandemic closed churches and caused large scale unemployment, church leaders worried that tithe might go down 10 to 20%. But four of the nine unions actually showed a gain in tithe. It was indeed good news. As was the $10 million stimulus package that the Division put together for the local conferences that was matched by the unions. Employees at all levels of the Division were largely retained, Robinson said. “I stand in awe of the response from God and His people.” He also paid tribute to the institutional employees who were tremendously innovative in their response to the crisis.

Racism was the topic for a lively panel discussion Monday afternoon. Moderators Carolyn Forrest, NAD associate secretary and director of Human Relations, and Orlan Johnson, NAD director of Public Affairs and Religious Liberty, posed specific questions to the participants. The first went to Dr. Peter Bath, vice president of Missions and Ministry at Kettering Health, “How should the church in North America biblically respond to racial inequality? “Show up” was his response, and not just with words, with actions. He used Jesus as his biblical example. Jesus showed up with food for people, healing people.

The moderators responded, saying, “But we’re conservative.” Jeffrey Rosario, a PhD candidate at the University of Cambridge and speaker at Light Bearers, jumped into the discussion of what it means to be a true conservative. Noting he was the only millennial on the panel, he described conservatism as seeking to preserve something and being resistant to change. Preserving the Adventism of the past and thinking that prophecy is only about the future neglects the present, he pointed out, maintaining that to be a true conservative would call us to be original.

Dr. Bath reminded everyone that the early Adventists were abolitionists, that William Miller saw the “Babylon” of Revelation rooted in racial tension. Signs of the Times was originally an abolitionist publication. They were not just about being the remnant, they were more about the now of their time. He concluded with the familiar saying, “we don’t want to be so heavenly minded that we are no earthly good.”

The moderators moved to a consideration of Adventist culture. Have we built the appropriate culture? Dr. Leslie Pollard, president of Oakwood University, critiqued the culture as being too individualized, as thinking we are done when we provide food and clothing. He saw the necessity for also asking why people are poor, advocating for them, and creating space for their voices to be heard.

Dr. Nicholas Miller, director of the International Religious Liberty Institute and professor of church history at the SDA Theological Seminary at Andrews University, agreed with Rosario’s emphasis on the present. He said that removing consideration of the present from our prophetic message had allowed our prophetic proclamation to go off the rails, to become part of white supremacy.

Dr. Ella Simmons, vice president of the GC, shared an experience she had some time ago, when at a church meeting, one of the elders told the group that we should do nothing for people, such as providing food or clothing, unless it leads to a decision to join the church. She said it hurt her to hear the statement and angered her. She admitted that there has been a little change since that time, but we need conversions to take place. “We need to find the humility and courage to be led by the Holy Spirit. To unlearn the lies we have incorporated into our culture.”

There was much more to say. Returning to a consideration of the Millennials and Generation Z, Rosario said young people don’t want to be part of a passionless church. Miller added that if I can’t speak to the issues of the day, then who needs the messages that I’ve got? (You can listen to the panel discussion by clicking here.)

Depression, another topic of significance to young people, was the focus of the report from the Health Ministries Department. Utilizing a video produced by Stanford University students called “The Manic Monologues” the issue became real as students told their stories of personally dealing with this mental health issue and the stigma that is often attached to it.

In one of the more ominous departmental reports, Gordon Bietz told the committee that he is very concerned by the long range enrollment trends in higher education which were on a downward trajectory even before COVID. He said that we must figure out ways to evolve while still maintaining our Adventist identity. He said sharing resources, loving institutions that are not in your union, and giving up parochial interests would be needed — as would collaboration. “We need a division-wide comprehensive plan.”

Paul Hopkins gave a report on one of the newest NAD departments — Big Data and Social Media. He said that setting up standards and guidelines was the first order of business. The department website, sdadata.org, also has information on how to start a YouTube channel from scratch, a checklist for using social media, and procedures to provide security for data.

AdventSource Director Brad Forbes told of free online courses and other resources available to local churches through AdventSource. He particularly highlighted the new discipleship curriculum “Deep Calling” created by Pastor Tara VinCross of the Azure Hills Church. A complete kit of materials is available featuring the eight calls of God to his people.

Information collected during the various breakout sessions, committee members were told, would be shared with the Division personnel as they reworked the Strategic Plan for final presentation in February. “We didn’t want to present you with a document and have you vote it without having your input,” President Alexander Bryant said.

To conclude the meetings, he turned to Luke 11:9, and God’s promise to answer when we ask, seek, and knock. He quoted Ellen White saying that when we are connected with Christ, we cannot fail. “Let’s ask for the Holy Spirit, and let’s go. We cannot fail.”

God’s church was meeting the moment in a thoughtful, inspiring fashion.

Photo by Pieter Damsteegt, courtesy of the NAD on Flickr.