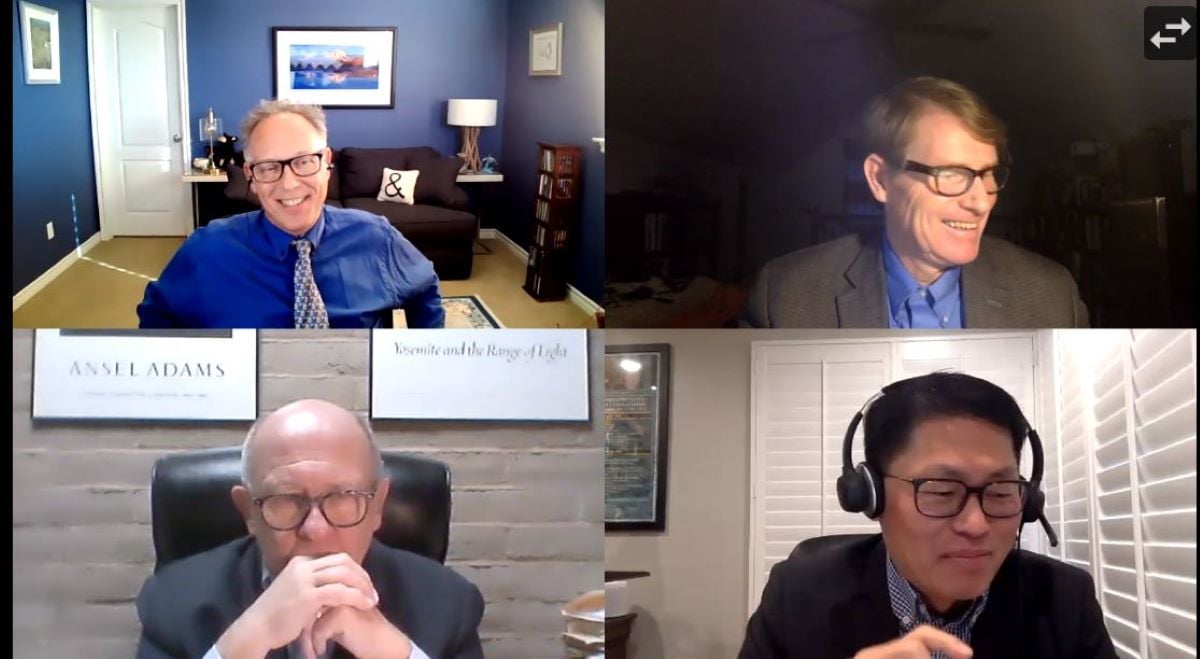 “A federal gathering of states can have its strengths, but also its weakness,” stated Nicholas Miller at the outset of the most recent Religion and the Law Forum from Loma Linda University’s School of Religion, held on December 12, 2020. “Perhaps a national pandemic shows those weaknesses because we don't really have a national plan,” he continued. “In responding to this pandemic each state has the responsibility to set down its own guidelines.”

This webinar, sponsored by the Andrews University International Religious Liberty Institute, Loma Linda University School of Religion's Religion and the Law Forum, and the Church State Council — the education, advocacy and legal services ministry of the Pacific Union Conference of Seventh-day Adventists, centered around some of the unique intersections of law and religion that have occurred because of the COVID-19 pandemic.

Four Seventh-day Adventist legal experts discussed the legal challenges to several state laws brought by religious institutions to COVID-related shutdown orders and attendance limits. They spent 90 minutes sharing their evaluations of the Supreme Court’s decisions and what those decisions may mean with regard to the First Amendment.

So far during 2020 there have been fewer than 10 cases that have made their way to the highest court in the land, with varying results. In cases earlier this year, justices turned down requests made by religious institutions in disputes over restrictions placed on worship services while some secular businesses remained open.

In May, the South Bay United Pentecostal Church argued that the reopening plan created by the governor of California discriminated against houses of worship by keeping the churches closed while retail stores, offices, restaurants, and schools were permitted to operate. In July, a request from a Nevada church for an order that would have allowed it to hold in-person services on the same terms that other facilities in the state, including casinos, could operate was also denied. However, in November, the Supreme Court granted requests from the Roman Catholic Diocese of Brooklyn and two Orthodox Jewish synagogues to block enforcement of a New York executive order restricting attendance at houses of worship.

The panel addressed questions including:

Did the Supreme Court break new ground with this decision?

What are its implications for religious freedom and current restrictions in other states?

What does the decision tell us about the future direction of the Supreme Court?

Each panel member provided their individual view on whether these state’s executive orders have violated the right to the free exercise of religion guaranteed by the First Amendment. Together they also struggled with the ideas of how religious groups can remain faithful to their mission and contribute to public health and safety during the current global pandemic.

The participants in this thought-provoking webinar also touched on topics including:

The connections between and importance of individual vs. corporate worship.

Whether a religious organization’s participation in corporate worship practices effects their view of the governmental restrictions placed on them.

What the response of the Seventh-day Adventist Church has been regarding the perspective of religious liberty.

Whether that response is different today than it was during the Spanish Flu pandemic 100 years ago.

And the group also discussed this issue theologically, particularly within the Seventh-day Adventist prophetic context.

Whether your views on this topic are tightly tied to those taking legal action under our Free Exercise rights under the First Amendment or are firmly focused on open communication between public health officials, government officials, and the church to preserve the health and safety of our communities, you will find new ideas and food for thought in this presentation.

Live attendance for this webinar was at the maximum allowed of 500 and the recorded session is available on the Loma Linda University School of Religion event videos webpage.