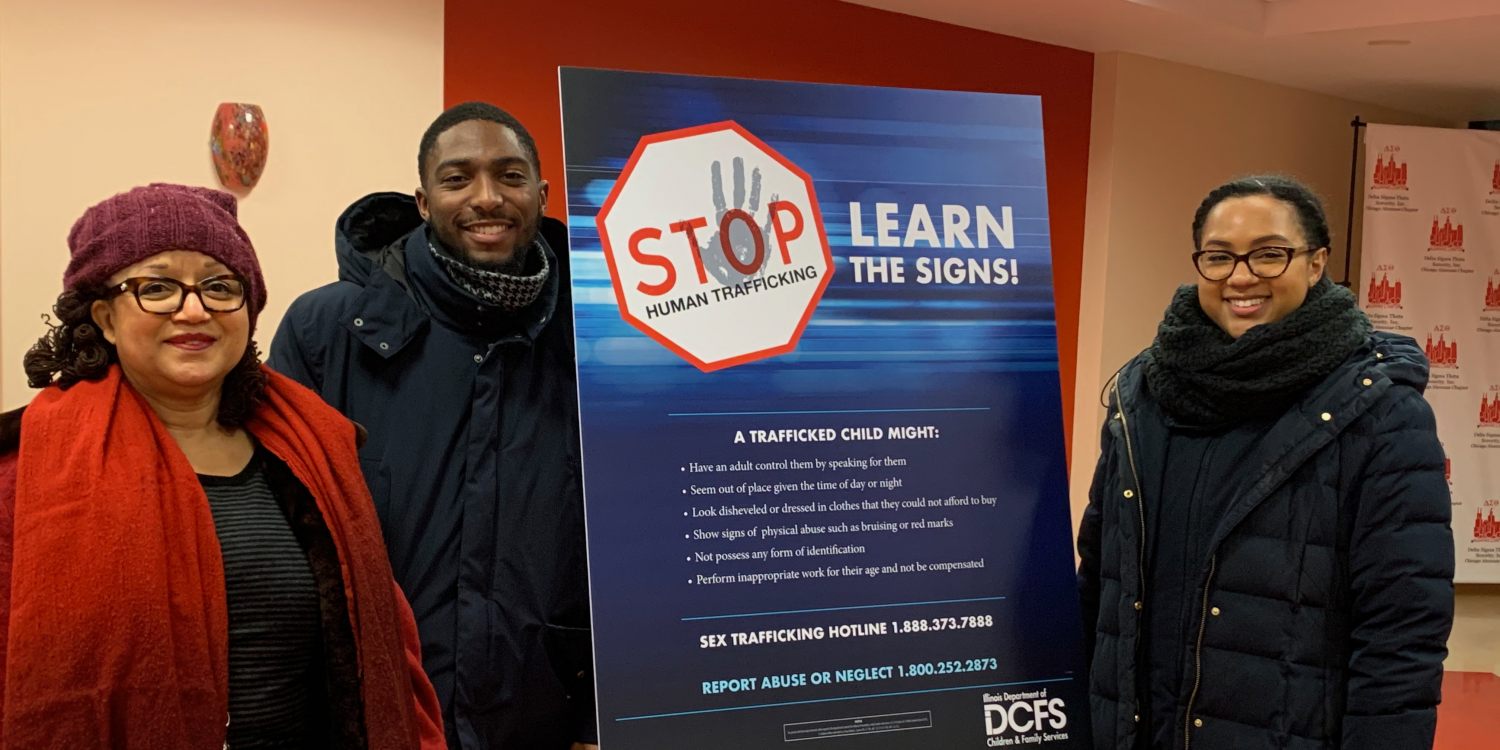 Straford member Victoria Davis Hollins, who also serves as the statewide Human Trafficking program manager for the Illinois Department of Children and Family Services (DCFS), was one of the volunteers in attendance for the event, and she said that the church sees firsthand the need for such an event. Right outside their doors is a sex trafficking hotspot. These spots are called “tracks” where men, women, and children are commercialized. Hollins said the aim is to provide outreach to the victims and let them know where they can go for help.

"I announced [the event] one week in church and by the next week I had supplies coming in," said Hollins. "The members just jumped right in." 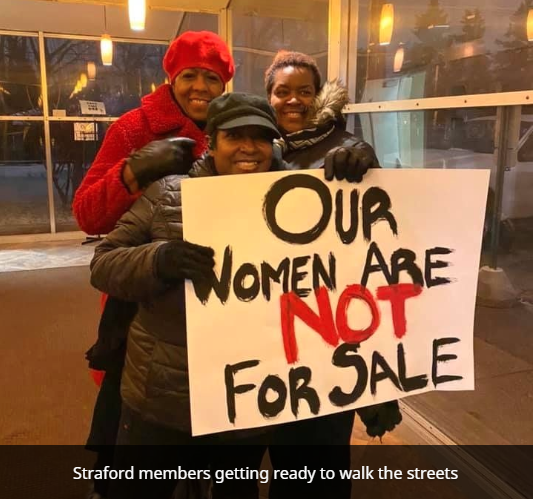 The community-wide event, called “GIRLS Night Out: A Stroll Through the City,” was held Jan. 11, National Human Trafficking Awareness Day. The night-out is the brainchild of Kisha Roberts-Tabb, a Cook County juvenile probation officer and founder of Roberts-Tabb & Associates, a non-profit aimed at helping girls ages 13-18.

Roberts-Tabb has been organizing this event for the past two years and said she was compelled to start this initiative because she wanted to bring awareness to sex trafficking in black and brown communities. “The way we’ve seen sex trafficking portrayed across the city, across the state, and even nationally, we don’t tie it to poverty, we don’t tie it to adolescent minority women and boys,” she said. “It’s usually portrayed as something that goes on elsewhere, that goes on in another country.” 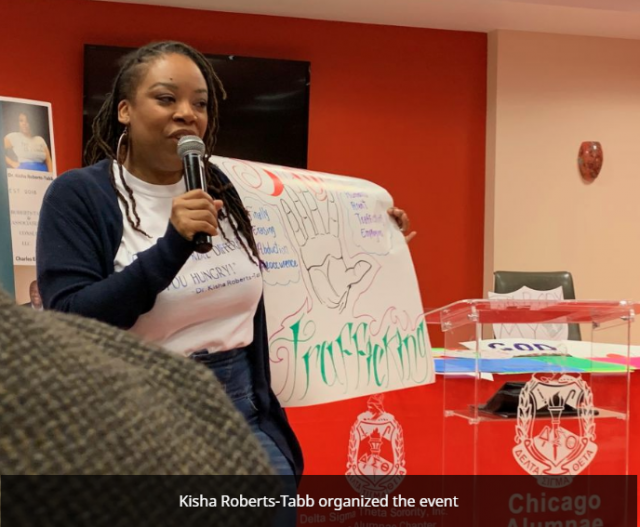 But the statistics are hard to dismiss. Chicago is currently in the top five cities in the nation for sex trafficking crimes, according to Selah Freedom, a national organization that helps with child trafficking. Roughly 300,000 children every year are victims of this crime. Boys and girls can be bought and sold between 12 to 14 years old. Once a child is in this type of lifestyle, the child can be bought and sold 15 to 40 times every 24 hours.

In Fiscal Year 2019, Illinois DCFS investigated 255 allegations of human trafficking of children, 119 of those in Cook County, Illinois — a number experts believe is lower than the true number of incidents that occurred during that time.

Often, victims of human trafficking do not seek help because they are fearful, ashamed of their situation, distrust law enforcement, or become dependent on the perpetrator.

The rally, which kicked off at Delta Alumni House near downtown Chicago, featured representatives from several government and non-profit agencies, including the Chicago Police Department, Cook County Sheriff’s officers, State legislatures, and DCFS Administration, as well as other churches such as New Covenant Baptist Church. “It was truly a community event,” said Hollins. 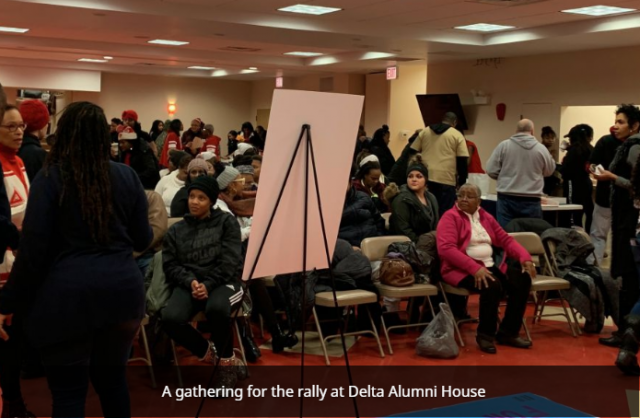 At the end of the rally, volunteers fanned out into the community with “love bags” containing toiletries, snacks, pamphlets and other materials, to walk against domestic human trafficking. Church members offered to pray with those they came in contact with.

“It was kind of cool to see an inter-generational approach,” said Khris Jones, elder at Straford Memorial Church, who remarked on the support from young and old. “There’s definitely a willingness to go back out there.”

Signs of Human Sex Trafficking in children. They might:

Elijah Horton is a Chicago-based freelance writer. This article was originally published by the Lake Union Herald, the official publication of the Lake Union Conference of the Seventh-day Adventist Church. It is reprinted here with permission.

Main image: Chicago is currently in the top five cities in the nation for sex trafficking crimes and Straford Church has seen victims right outside their doorsteps. The church partnered with several local organizations to raise awareness of a problem that extends well beyond their neighborhood.

All images courtesy of the Lake Union Herald.