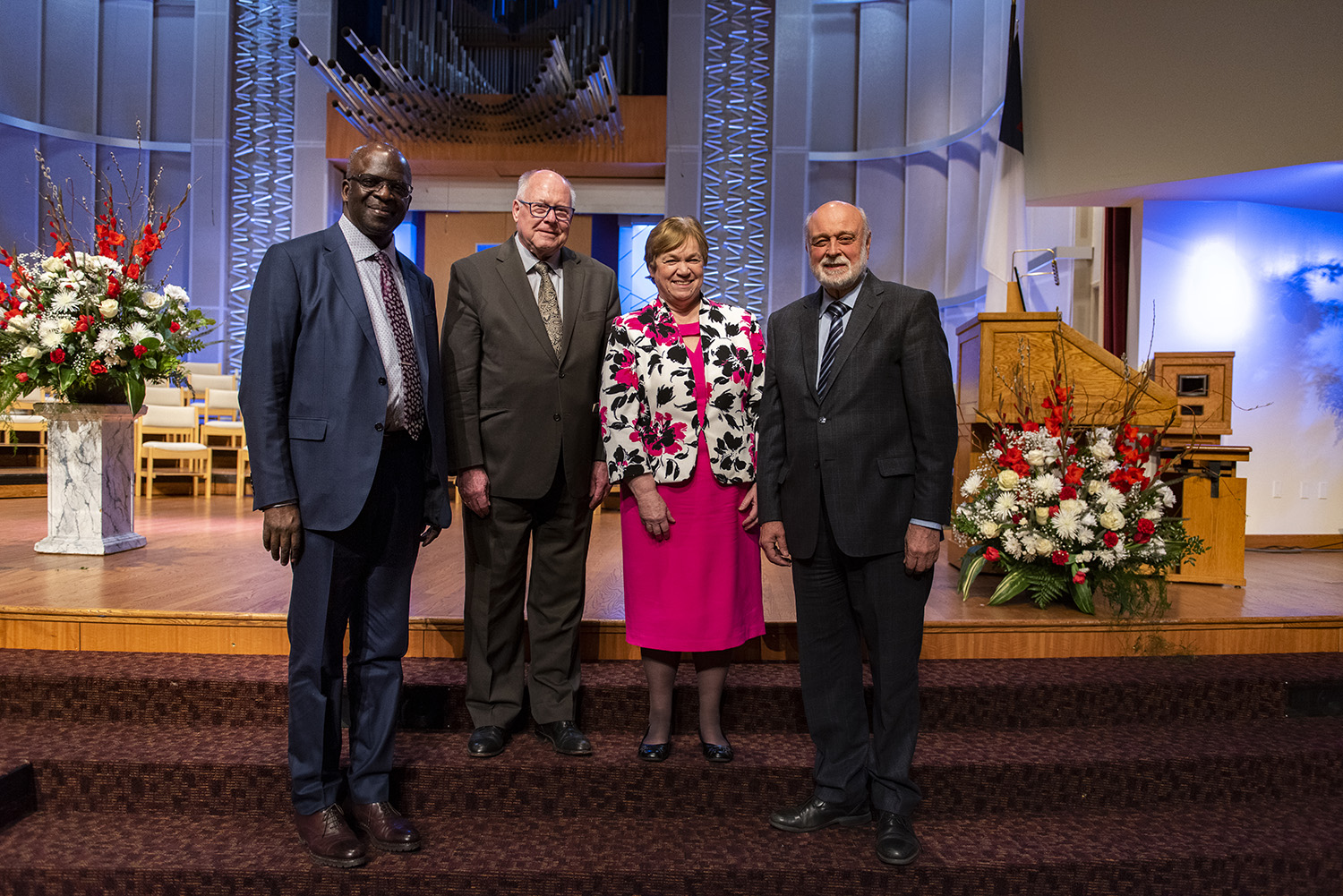 The forty-fifth annual awards presentation for the Charles Elliott Weniger Society for Excellence was hosted at Loma Linda University Church on Saturday, February 15.

The award acknowledges the contributions made to the world by people with similar and significant traits of character to that of Dr. Charles Elliott Weniger. Weniger was a Seminary dean and lauded English professor who held both masters and doctoral degrees in rhetoric. His thoughtful demeanor and dedication to excellence has been remembered for generations and is reflected in those he inspired.

The 2020 recipients of the Charles Elliott Weniger Society for Excellence award are Reinder Bruinsma, Richard H. Hart, Andrea T. Luxton and A. Ganoune Diop. They were introduced during the ceremony.

Reinder Bruinsma is a well-spoken linguist, conversing in Dutch, English, French, German, and Swedish. He also retains remnant of Latin, Greek, and some Hebrew. All lend well to his passion for translation of written materials. But beyond translating books and articles, Reinder translates for people the differences between the religious and the secular worlds. He can explain postmodernism to the most conservative church member, and a biblical understanding of the Church to anyone willing to listen or read. Exuberance flows through whatever post he holds, book he is writing (there have been 30 of them so far), or speech he is giving.

Richard H. Hart has led with visionary brilliance at Loma Linda University Health since 2008. In addition to his medical degree from Loma Linda University, he puts to use daily two degrees in public health: a master’s from LLU and a doctorate from John Hopkins University.  His contributions to healthcare are numerous, and he is dedicated to cultivating healthy communities both locally in Southern California and around the globe. That effort is evident in his development of Adventist Health International, his consultant work for the World Health Organization, and his dedication to an organization that continually creates opportunities for learning and training to those who also strive to envision quality healthcare.

Andrea T. Luxton has served as president of three Adventist colleges/universities in three different countries. Her ability to lead as an immersed part of an organization and its unique culture has been noted around the world. With both masters and doctorate degrees in English (plus a postgraduate diploma in Institutional Management and Change in Higher Education) in tow, she accepted her first presidential position at Newbold College in 1997. She was next drawn to Canadian University College and then on to Andrews University over the course of a twenty-year-long love for higher education. She’s known for being a good listener, supportive leader, and has a gift for bringing people together.

A. Ganoune Diop is invested in religious liberty as the Director of the General Conference Public Affairs and Religious Liberty Department (PARL) to say the least. But to say more, he is dedicated wholly to the dignity of individuals he champions. He works extensively to foster mutual understanding between Christian faith traditions themselves and with other world religions and philosophies. He regularly trains leaders in capacity building in reference to peace, justice, and human rights: the pillars of the United Nations. He is a lifelong student with a master’s and doctorate accompanied by certificates and other accolades all focusing on theology, Semiotics Studies, Apocalyptic literature and both Old and New Testament studies.

The awards ceremony began with a welcome from Bernard A. Taylor, a 2010 recipient of the award himself. Dr. Weniger was then remembered in a feature from Warren L. Johns called I Knew Dr. Weniger.

After the four 2020 recipients were awarded their medallions, A. Ganoune Diop gave the Clinton Emmerson Annual Address. It was titled Window on a Larger World, an inspirational address focused on religious liberty and the preservation of human dignity. 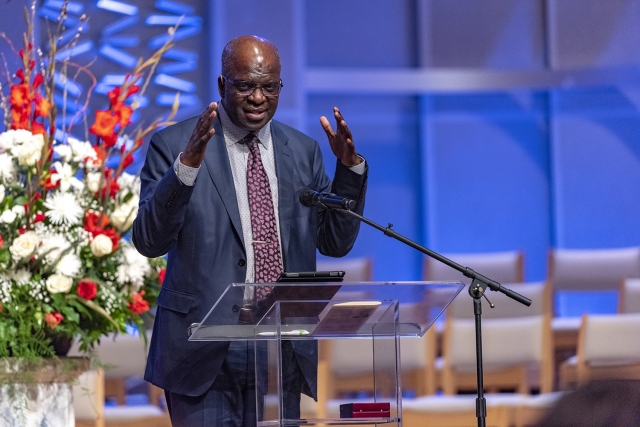 Another highlight of the program was the presentation of The Weniger Fellows Student Scholarship Fund recipients. The Fund was established to apprise undergraduate students attending accredited North American SDA college and universities of the historical Weniger legacy, challenging them to emulate these qualities of excellence. Thirteen students were awarded the honor.

Ledy Ann Cordero, a previous recipient of the scholarship award, inspired this year’s group of students with a few encouraging words. She attended the ceremony to say the award has since affirmed her decision to pursue a career as a dietician.

The ceremony did not end without a moment to recognize Weniger Medallion recipients who have passed away. This year it was solely Dr. Leonard Bailey (2003 recipient), a man who emulated the Weniger passion for excellence throughout his career as a world-renowned pediatric heart surgeon and medical pioneer.

As of this year, 182 people have now been awarded the Charles Elliott Weniger Award for Excellence.

Hallie Anderson is a writer, reader, and freelance marketing and communications specialist based in the foothills of Northern California.

Photos by Enno Müller, director of communication for the Southeastern California Conference. Used with permission.