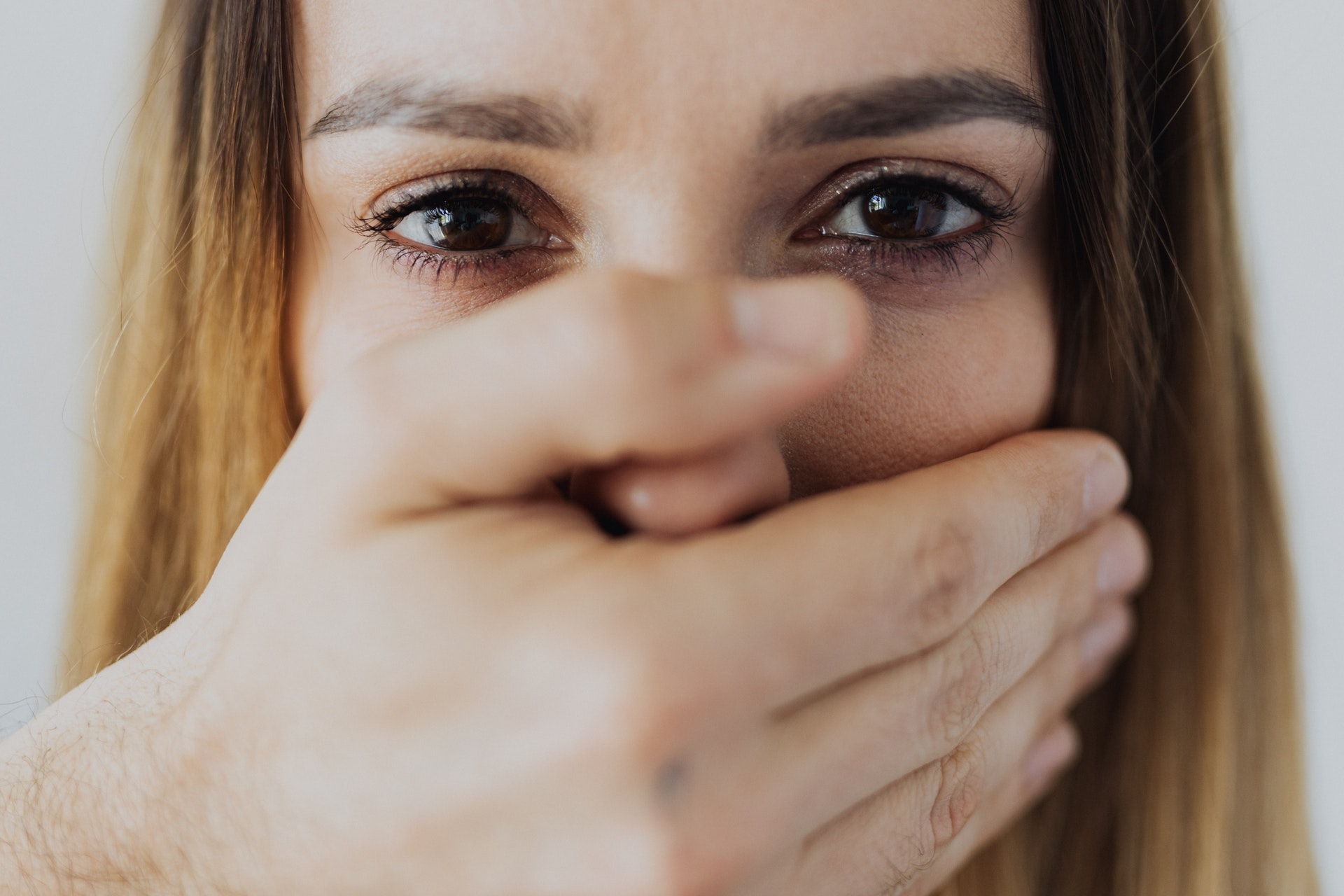 Following a precedent established at the General Conference Spring Meeting earlier this year, a portion of the Annual Council session on Monday, October 12, was devoted to addressing abuse. During the April meeting, discussion was spurred by an announcement that each division had made a private report on how abuse is being addressed in its area. During the latest meetings, the focus was enditnow, a wide ranging, if at times slightly amorphous, program most strongly centered around combating domestic violence.

GC President Ted N. C. Wilson introduced the program. “It’s a vital subject that is absolutely essential,” he said, “that we help guard and protect, especially women, from abuse and challenges that are faced worldwide.”

In 2019, I wrote about the complicated history of enditnow for Spectrum, tracing its beginnings as a collaboration between ADRA and GC Women’s Ministries, to how at times it fell victim to political and leadership conflicts. For years after being introduced, the program stayed on the periphery of high-level denominational meetings. This year, however, enditnow had its own agenda item during Annual Council that brought a presentation by one of the most prominent Adventist scholars.

Dr. David R. Williams is chair of the Department of Social and Behavioral Sciences at Harvard University, where he is known as one of the top experts in the world on topics such as the intersection of health with race and religion. He is also, as church leaders are keen to point out, a graduate of both Andrews University and Loma Linda University Health.

Williams began with a quick barrage of definitions and statistics. “In 2017, according to the UN, 87,000 women were killed in the world and almost 60% of them were killed at the hands of an intimate partner or family member,” he said. Although domestic violence affects all genders, women make up the majority of the victimized, and so Williams largely focused on addressing the concerns for women.

He was also unswerving as he spoke of the implications for Adventist leaders.

“Domestic violence is a problem even within the Christian community, and there’s reason to believe it could be especially acute among Seventh-day Adventists,” Williams said, going on to explain that some research has shown domestic violence to be worse among “small, theologically conservative religious groups.” He also then added the caveat that studies show rates of domestic violence are higher in families where spouses belong to different religious denominations. “That’s not very common in Adventism,” Williams said, and it might be a “protective factor”—an interesting point, even if such intolerance might raise other questions about Adventism’s effects on relationships.

Continuing to address the Adventist context specifically, Williams highlighted a 2006 study led by Dr. René Drumm and published in the journal Social Work & Christianity. The study received funding from an organization in the Northwest United States and gathered data from 49 Adventist churches in that region, after a fight to gain approval from church leadership. Results showed that the rates of domestic violence among Adventists were very similar to those of the general population, meaning nearly two-thirds of the over 1,400 Adventist women surveyed had experienced some type of abusive behavior in their lifetimes, and 10% had suffered from “severe physical violence.”

Having established the import of violence against women in an Adventist context, Williams closed with a call for more action to be taken. “The church needs to do at least three things,” he said. “Be aware, engage, and support.” A litany of potential actions he raised included individual churches bringing in local experts to speak, appointing designated church members to be available points of contact for victims, establishing or funding shelters, and referring people to appropriate experts outside of the church.

“Let’s develop programs that make a difference to protect all of God’s children,” Williams said.

To hear Williams present about domestic violence was a welcome element of the meetings that have largely shied away from difficult topics, but such a presentation in 2020 also brings to mind all the years when the issue could also have been further addressed—not to mention the gap remaining between awareness and more concrete action.

There also remains a need for transparency about what the church is doing to combat all types of abuse.

On April 15, Ted Wilson told Spring Meeting attendees that seven months prior he had asked each division to prepare a report on abuse, and that those reports had just been presented in the division officer meetings. An hour of discussion followed, even though the reports were not shared beyond the division officers.

“It was not our intention to develop a worldwide policy at this point,” Wilson said of the reports. “Our intention was to ask divisions to do their own research, to find out how best to arrange things in their context.”

After hearing many of the comments from other Executive Committee members, Heather Dawn-Small, director of GC Women’s Ministries, expressed some concern that there was not wider knowledge of the resources from her department regarding abuse, produced over the course of many years. “I am both excited and also saddened,” she said. “I’m excited for this initiative being taken by our leadership, but I’m also saddened because it seems as though there’s a lot that’s going on in the church concerning abuse, but there are many of us who may not know all that’s going on.”

For the nearly two decades that Dawn-Small has been at GC Women’s Ministries, there has been a yearly abuse awareness day; at the 2001 Annual Council it was added to the official church calendar. More recently, it was re-branded to become the enditnow emphasis day, which is now the fourth Sabbath of every August and includes materials put together by multiple GC departments.

Watching the April 15 meeting, I wondered along with some of the church leaders about what was contained in the division reports on abuse. Wilson explained that they were being kept private for “confidential reasons.”

“I would say anyone who would like to know more about a particular division and what they’re doing, they certainly could write to the secretary of that division,” he said.

So, this spring I did precisely that, writing to the secretary of every world division, so that I might be able to report on the worldwide picture. In the end, only two divisions provided any material about what was being done in their respective regions.

In the course of my reporting that began in 2018, I spoke with Dr. René Drumm about her landmark research that had, in 2006, finally given hard numbers to the prevalence of domestic violence for Adventists. Although the research wasn’t conducted for just an Adventist audience, as it was intended to provide data relevant to Christian denominations in general, it also raised many potential avenues particular to the Adventist context to be further explored.

Drumm acknowledged that there has been a lot of useful material created by entities such as women’s ministries departments, but that there was still a lack of data about implementation and effectiveness.

“I know that our church has a lot of good resources, but is it impacting anybody in the pews?” she told me. “I don’t have an answer for that. I don’t know.”

In recent years, church leadership has shown a penchant for data and research in some areas—the KPIs (Key Performance Indicators) of the GC’s 2020–2025 strategic plan, “Reach the World: I Will Go,” have been mentioned countless times in the recent meetings, and the church has previously commissioned third-party studies into member retention. Doubtless there is much more that could be done to support research that could guide the approach to abuse.

Yet even looking to the example of Drumm, there are questions about the church’s appetite to support academics who might do such needed work. For years, Drumm taught at several Adventist institutions, including Andrews University and most recently Southern Adventist University, where she was the dean of the School of Social Work. And then, around 2015, she was gone. When I asked Drumm, she was ever diplomatic and measured in discussing any of the reasons why she left Southern, but multiple sources told me that she didn’t leave just on her own accord.

One source, knowledgeable of the situation at Southern, said there came a point where Drumm was not supported by the institution, and that she had made “inconvenient discoveries.” Research into LGBTQ populations had been another focus of her research, and one that had likely created friction. Drumm was always thinking about the academics, not in the optics or politics of her work, the source said.

“It’s curious that when there are problems with faculty, they just disappear,” the source told me.

Since leaving Southern, Drumm has taught at the University of Southern Mississippi. She continues to do research into Adventist populations (among many topics) and to work with academics at Adventist universities. In 2019, she spoke at the North American Division’s annual enditnow conference. Drumm’s commitment to the work has always remained.

But it is telling that the church might not reciprocate the same commitment to the foremost expert about abuse in an Adventist context.

No matter the past, the latest efforts are no doubt welcome to the millions of Adventists worldwide who bear the scars of abuse.

“This is certainly not the end,” Wilson said on April 15 after the spirited discussion during Spring Meeting. “This is only the beginning. And it may be very late in coming. You can fault us for whatever you want. But we are trying to bring this to the forefront and get divisions, institutions, fully on board with what needs to be the proper biblical approach to the subject.”

At Annual Council six months later, there was only time given for one comment after Dr. David R. Williams’ presentation. Then the meeting moved on to its next topic.

Note: The North American Division will soon hold its annual enditnow Summit on Abuse, on November 13 in English, and on November 14 in Spanish.

Alex Aamodt is a staff writer and the Roy Branson Investigative Reporter for Spectrum. He can be contacted here.

Photo by Karolina Grabowska from Pexels.