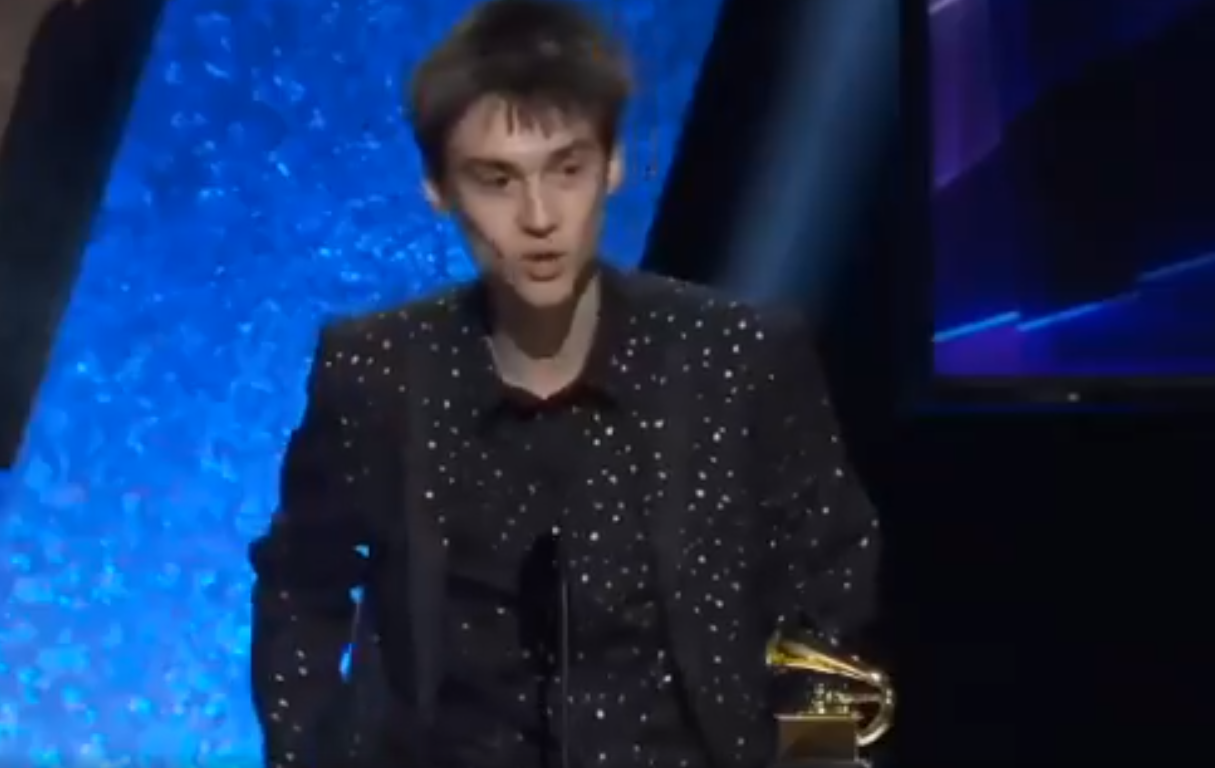 In this week’s news round-up, the Aeolians and Take 6 are featured in Grammy winner Jacob Collier’s album and received a shout-out at the awards, the Myrtle Beach Adventist school created a float for the local MLK Day parade, the Atheist Society comes to the defense of Kenyan Adventist students who were suspended for refusing to take exams on Sabbath, and Adventist Senate Chaplain Barry Black opens impeachment proceedings with prayer.

Aeolians and Take 6 Featured in Grammy Winner’s Album. 25-year-old UK singer and multi-instrumentalist Jacob Collier added to his previous Grammy wins, taking home two awards in the Best Arrangement category: his arrangement of Johnny Mercer and Henry Mancini's "Moon River" and Lionel Richie's "All Night Long." In his acceptance speech, he gave a shout out to the Oakwood Aeolians and to Take 6 whose voices are on his album. He credited Take 6 with teaching him how to harmonize as a teenager, and of the Aeolians he said, “You changed my life, you’re the greatest choir on the face of the earth without a shadow of a doubt. Thank you for being on this planet.”

His winning tracks appear on volumes one and two of Collier's new four-volume album project Djesse. Collier is now a quadruple Grammy-winner having received two awards for his debut album, 2016's In My Room. Rising to fame at age 17 after posting a series of viral self-filmed videos on YouTube, he was discovered by Quincy Jones and subsequently signed to his management company. Collier's unique music continues to excite artists from all corners of the globe, and, having appeared on three songs of the new Coldplay album Everyday Life, he was recently invited to guest at the band's show at The Hollywood Palladium. From Top40-Charts.com, “Jacob Collier Wins Two Grammys” and from Oakwood University on Twitter, “Congratulations to Grammy Winner @jacobcollier…”

Congratulations to Grammy Winner @jacobcollier who took home 2 Grammy's over the weekend! In his acceptance speech he took some time to shout out @TheAeolians as well as @Take6official ! pic.twitter.com/tWbk9qiID4

Myrtle Beach Seventh-day Adventist School Creates Float for Local MLK Day Parade. For the past three years, Myrtle Beach Seventh-day Adventist Christian School and Church have stood on the sides of the Martin Luther King Jr. Day parade with posters. This year, they entered a float. Becky Cain, a teacher at the school, told ABC 15 why she believes Martin Luther King, Jr. was so important to the country. "It's because of his efforts that we enjoy the freedoms that we have, whether it be the right to vote, whether it be religious freedom," she said. "Just the different freedoms that we enjoy as citizens of the United States." From ABC 15 News, “Local school prepares for first float entry in the MLK Day parade.”

Kenyan SDA Students Restored after Missing Sabbath Exams, Supported by the Atheists Society. Seventeen Seventh-day Adventist students at Kabianga High school in Kenya were suspended after refusing to sit for examination on Sabbath. But the students’ lawyer, Julius Mongare Matonya, gave the school's administration a seven-day ultimatum to unconditionally rescind the decision. "The constitutional allows freedom of worship. Even the Education Act recognizes the fact that each and every student must be allowed a day for worship, and it must be respected," he said.

Kericho County Director of Education Zachary Mutwiri revoked the suspension and told Standard Digital that four of the students have already reported back to the school. The move comes hours after the Atheists in Kenya Society threatened to sue the school if the suspension was not revoked in seven days. “We are giving the school seven days to have the boys back to school or we seek legal redress on the matter,” said the society’s president Harrison Mumia in a letter addressed to the school's principal Joash Oloo.

Justifying the school’s action, the principal said he expected the students to be rational and take the exam because they do not have any religious activities on the Sabbath.

"The Seventh-day Adventist students don’t do anything on Saturdays from 8 a.m. to 6 p.m. Where then is the problem for them to sit for their examination between 5 a.m. and 7:30 a.m.?" asked Oloo. But Matonya argued Oloo off, saying the issue of Seventh-day Adventist students was a matter which has been settled in a number of cases in the past culminating in the Civil Appeal No 172 of 2014. From Standard Digital, “Suspension of SDA students who refused to sit exams revoked.”

Seventh-day Adventist Senate Chaplain Barry Black Opens Proceedings During Impeachment Trial. The impeachment trial of President Donald Trump doesn’t lack for strong speakers. But only one voice at the trial speaks to senators-turned-jurors about the values behind their actions — and keeps his focus on God. Senate Chaplain Barry Black, 71, regularly opens the chamber’s proceedings with prayer and has done the same during the impeachment trial, giving a broader audience to the velvet-voiced Seventh-day Adventist and retired Navy rear admiral. Since the trial began, Black’s prayers have at times sought to guide senators through the political turbulence of the moment. From The Associated Press, “Senate chaplain's velvet voice cuts through impeachment fray.”