The Adventist Vote: Trump or Biden?

The Adventist Vote: Trump or Biden? 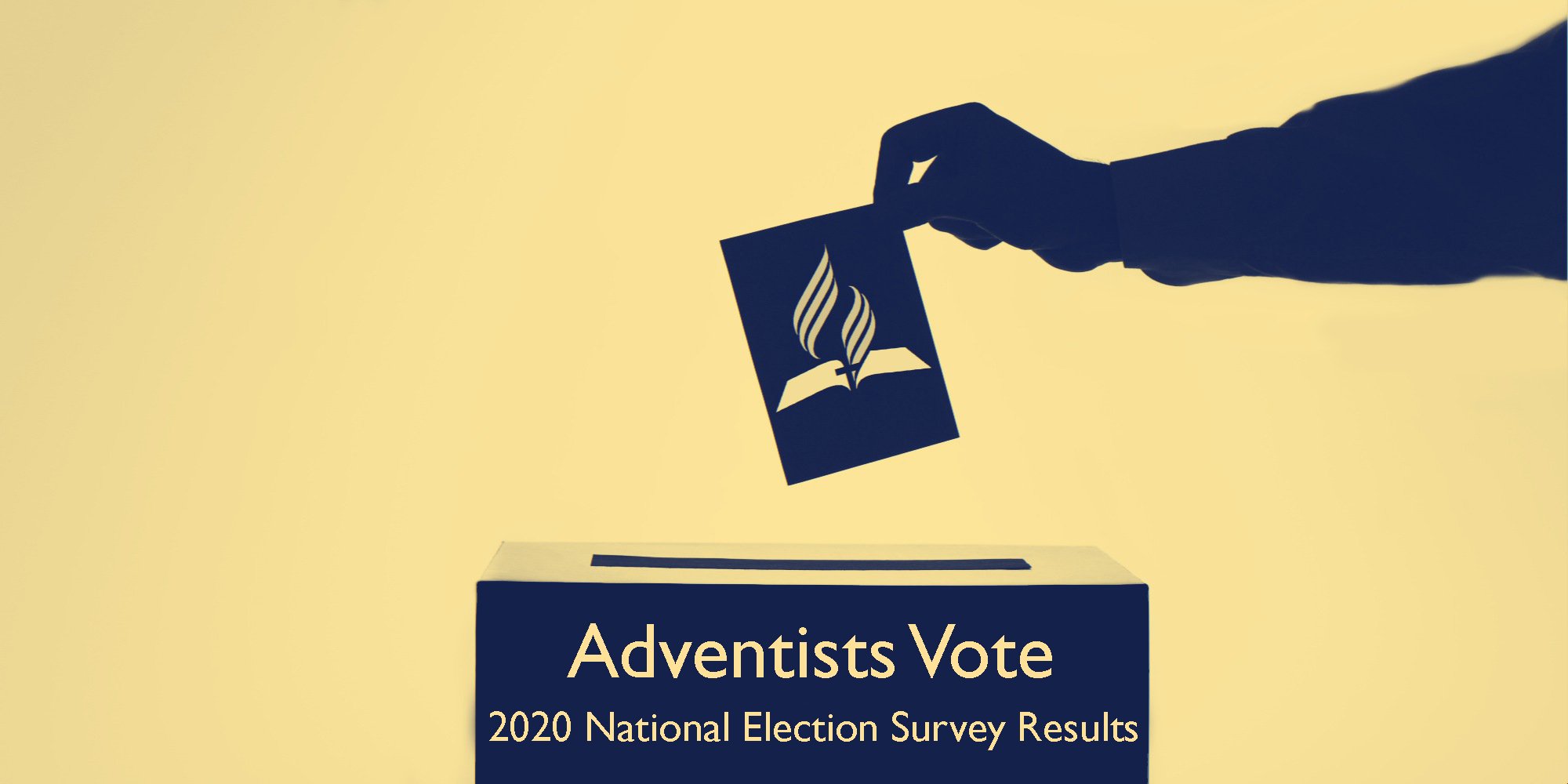 During the last week in August we asked Spectrum and Adventist Today readers, as well as members of Adventists for Social Justice and Adventists Vote (a voter engagement campaign), to participate in a short survey about their religious and political leanings, plans for voting in the upcoming election, and positions on a number of controversial social issues. We asked questions similar to those found in most public opinion polls such as the Gallup Poll, replicating many questions from our previous surveys of Adventist Today and Spectrum readers, Adventist pastors, and Adventist collegians. A summary and analysis of these findings and other studies of Adventists — religion, politics, and social issues — from 1988 through 2016 will be published soon in Spectrum.

Our sample’s ethnic background was 80 percent White, followed by Latino (5 percent), Black (7 percent), Asian (3 percent), Multi-Racial (2 percent), and Other (3 percent). Sixty-four percent of our sample had post-college graduate study or a graduate degree, 20 percent had four years of college, with the remaining 15 percent of respondents having some college study or less. Finally, 57 percent of respondents had no formal role in the church, while 20 percent self-identified as local church elder or deacon, 18 percent as Sabbath School leaders, and approximately 5 percent each for pastor, local Adventist school teacher/staff, or Adventist university faculty/staff. 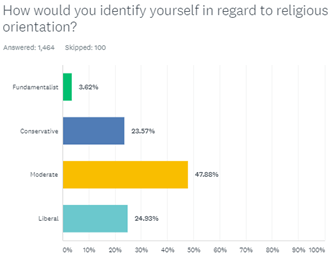 Figure 2 shows the respondents’ political orientation. Political orientation is generally associated with religious orientation, with an almost evenly divided 36 percent identifying as politically moderate, 30 percent identifying as conservative or strong conservative, and 32 percent viewing themselves as liberal/progressive or strong liberal/progressive. Party affiliation follows the same pattern. There were slightly more Democrats (34 percent) than Republicans (30 percent) or Independents (26 percent). The remainder were either not registered (5 percent) or were other (3 percent), perhaps because they had not registered by political party or could not vote due to citizenship. Over 90 percent said they were very likely to vote in the November election. 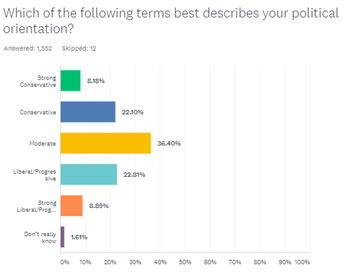 And now, the numbers you have all been waiting for! Figure 3 shows respondents’ likely votes for President. Almost two-thirds (63 percent) of respondents plan to vote for Joe Biden, about twice the number who plan to vote for Donald Trump (32 percent). Most of the remaining five percent were undecided, not voting, or planned to vote for a Libertarian candidate. 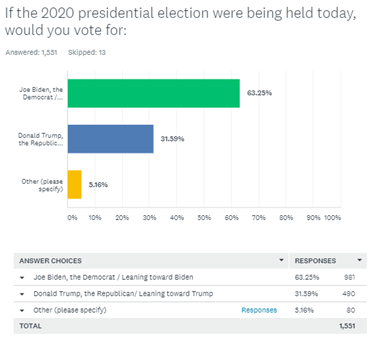 We also asked our participants who they voted for in 2016. Twenty-nine percent said they voted for Donald Trump. A slightly higher percent (32 percent) continues to support Trump in 2020, showing consistent support from Adventist voters in our sample. In 2016, our participants supported the democratic candidate at 49 percent. At 63 percent, Democrat Joe Biden’s support is 15 percent higher in 2020. In 2016, the remaining 20 percent of these same voters either voted for a third-party candidate or did not vote at all. However, in 2020, much of that support now seems to have coalesced around Biden.

Our findings represent the views of a large number of Spectrum and Adventist Today readers — highly educated, largely white men and women across a broad range of ages, with generally higher socio-economic status. However, they represent a balanced range of religious and political leanings and party affiliations. While this sample may not represent the general Adventist population in North America, there is an almost evenly divided political and religious orientation across the spectrum. However, despite almost equal percentages of participants representing Democrats, Republicans, and Independents, the strongest support appears to be for Biden in 2020. While we are only beginning to look at the patterns in the data, it is clear that this group of respondents is highly engaged in the voting process. That said, given the highly polarizing nature of this year’s political process, it may be difficult to understand the true nature of Adventist political thought. Judging from the 623 vigorously worded open-ended responses to the last question on the survey, “Is there anything else you would like to tell us about politics, social issues, or the national election?” Undoubtedly, this election has stirred powerful sentiments in the Adventist electorate resulting in increased voter engagement. We look forward to sharing more findings from this study of Adventists — religion, politics, and social issues in the future.