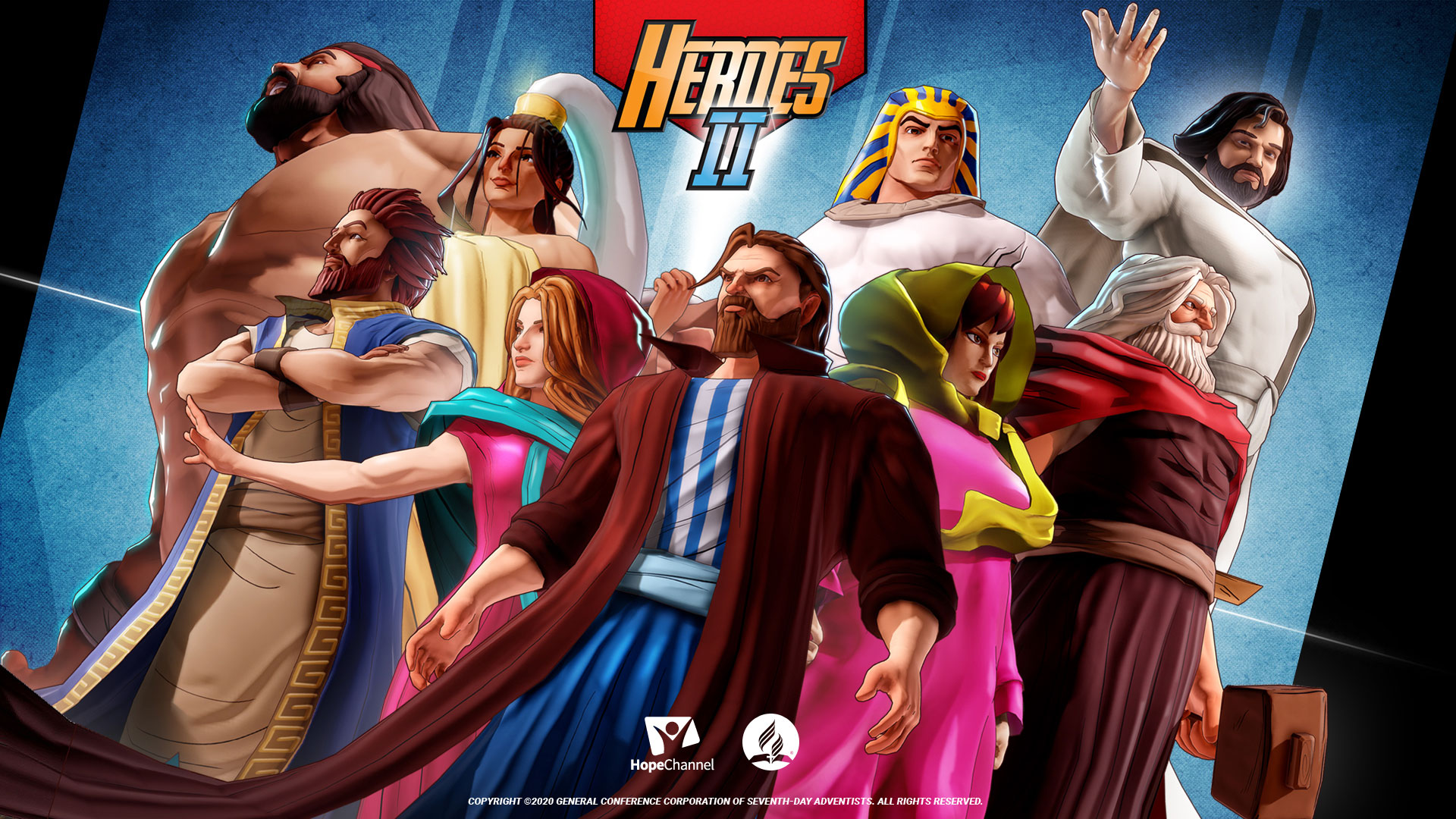 Eight years since launching the popular app Heroes the Game, the Seventh-day Adventist Church, in partnership with Hope Channel, is set to officially release Heroes II: The Bible Trivia Game in 2021.

Each game consists of 12 questions, with a score based on how quickly players can answer them. The questions increase in difficulty as the game progresses.

Players start their journey with Adam and Eve in Genesis—the first “heroes”—and end in Revelation with John, the Son of Thunder. As these heroes ask factual questions about their lives, players accumulate “experience points.” The more experience points a player has, the more heroes are unlocked.

After completing their 12 questions, players are encouraged to challenge family and friends to get a better score by sending them a link.

The pioneer Heroes game has generated more than 10 million minutes of interaction with Bible stories since 2013. With a 2017 study reporting that every 30 days globally, there are more than 250,000 searches for “Bible trivia,” “Bible games” and “Bible quiz,” the General Conference was inspired to recruit an international team to create and release the follow-up app.

“The Bible is the foundation document of Western Civilization, but young people today know more about the comics stories than Bible stories,” said Sam Neves, associate director of communication for the global Seventh-day Adventist Church. “Heroes is a project that speaks this new visual language through a trivia game that brings these ancient stories to life. What happened to these Bible heroes matters. We should all know what happened to them, so we can find out what will happen to us.”

The General Conference reports that Heroes II aims to share freedom, healing and hope in Jesus to each player. Consequently, the app will be available in four languages: English, Portuguese, Spanish and French. New languages will be added shortly after release.

In addition, Hope Channel will provide Bible studies to accompany the app, answering questions such as: “What happens when you die?,” “Is God real?,” and “If God is good, why do we suffer?”

“We are also planning a game show to be aired on Hope Channel, which encourages teams from any Christian church or school to test their Bible knowledge through the game,” says Vyacheslav Demyan, vice-president of Hope Channel International.

“We want everyone to realize they are called to be heroes today, just like these characters from the past,” says Mr. Neves. “When all is said and done, we hope the game inspires every player to give their lives to Jesus, so one day they can meet Him face to face.”

Currently, the game is available for pre-order on the Apple App Store and Google Play Store, with players being invited to become beta testers by applying at heroesbibletrivia.org or by contacting the team at info@heroes.adventist.org.

To track the game’s release, you can visit their social media pages: