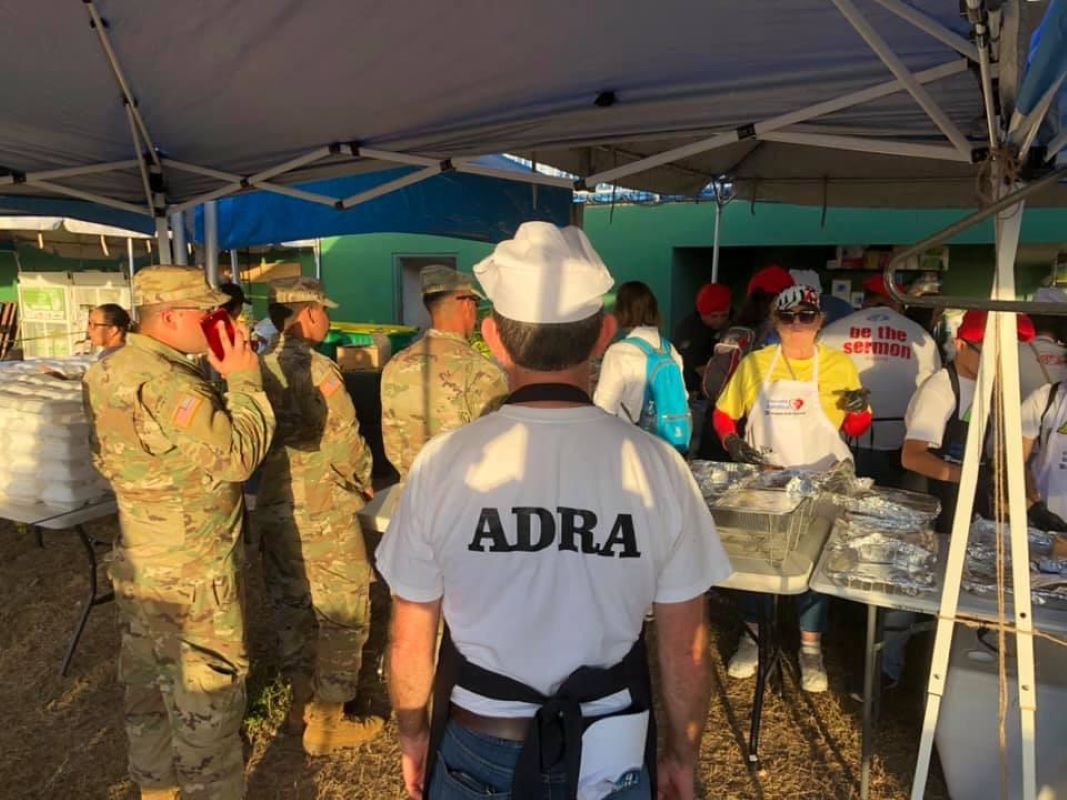 The Adventist Development and Relief Agency (ADRA), in partnership with Adventist Church leaders in Puerto Rico, has been spearheading relief efforts in Guayanilla, Sabana Grande, Yauco, Ponce, Guaypao, Bo Luna in Guanica, and Jagua after a series of earthquakes struck the southwestern part of the island since the end of 2019 and in early 2020.

ADRA volunteers and local church leaders sprung into action providing meals around the clock to feed hundreds of people, and installing tents for those who lost their homes. Reportedly, houses that were rebuilt after the devastation of Hurricane Irma and Maria in 2017, were decimated once more by the recent quakes.

“We haven’t felt so many earthquakes rock our home towns like this before,” says Dr. David Sebastian, communications director for ADRA in Puerto Rico. “People won’t go inside their homes for fear of more tremors and are sleeping in their cars because the grounds won’t stop trembling.”

According to the U.S. Geological Survey, more than 1,200 earthquakes rattled the island’s southern region since December 28. The latest earthquake occurred near Guanica where seismologists in southern Puerto Rico are trying to discover answers behind the constant and unusual shaking.

Government officials say the quakes have caused a preliminary $110 million in damage to more than 500 homes, and more than 4,000 people have sought shelter.

Through these partnerships, ADRA will be able to deliver 200 tents and over 1,500 blankets to communities they are serving in the next few days.

“We are calling for everyone to serve and this is the moment to do it,” says Dr. Sebastian. “You might not be able to be in Puerto Rico to help, but your support is still very much needed. ADRA counts on you to help.”

Donations are being accepted at ADRA.org/disaster and for updates about ADRA’s ongoing efforts in Puerto Rico, please visit https://www.facebook.com/adrapuertorico/.

This article was written by Kimi-Roux James and originally appeared on the ADRA website.