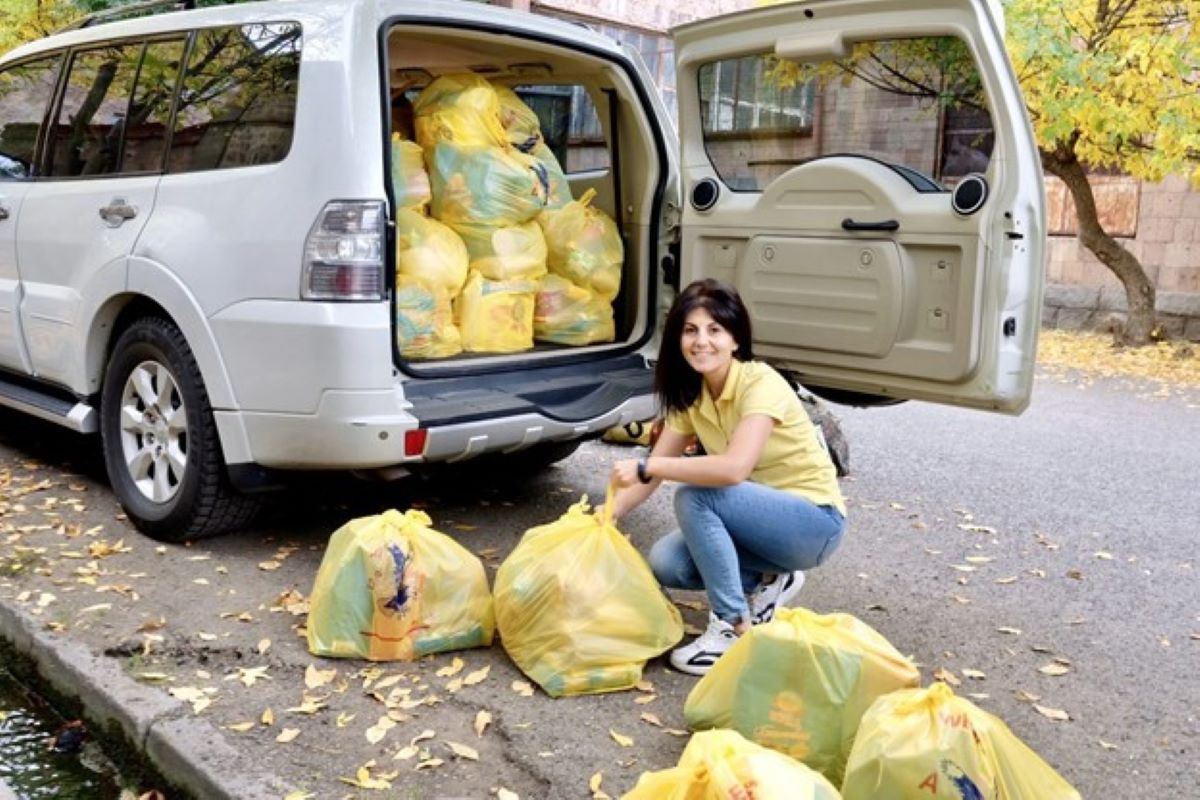 The Seventh-day Adventist Church is assisting victims of the conflict between Armenia and Azerbaijan through its global humanitarian arm, the Adventist Development and Relief Agency (ADRA). Immediately after the escalation of hostilities in the Nagorno-Karabakh region on September 27, ADRA offices in both countries mobilized to supply urgently needed food and supplies to civilians who lost their homes or were forced to flee from the fighting.

The recent violence has been described by news agencies as the worst since 1994 in an ongoing conflict over the breakaway region of Nagorno-Karabakh (also known as Artsakh). Heavy artillery fire and missile attacks have destroyed homes, buildings and infrastructure in Nagorno-Karabakh and the surrounding areas, according to local authorities. Military and civilian casualties have been reported on both sides.

Tens of thousands of people, mostly women and children, have fled from the front lines to Armenia. The Armenian government has provided shelter for many of them in hotels and hostels, while others are staying with relatives, friends or strangers, according to Anush Safaryan, country director for ADRA in Armenia.

“These displaced people are quickly running out of food, hygiene supplies and medicines,” Safaryan says. “Meanwhile, those left behind in the conflict zone are hiding in underground shelters for safety from the frequent shelling and missile attacks.”

The day after the fighting broke out, Safaryan visited the conflict zone to assess the needs and discovered that the most pressing need was food. The following day, volunteers from local Adventist churches joined with the ADRA team to pack 100 bags of food.

ADRA staff, along with three Adventist pastors, delivered 90 of the food packages to families in and around Stepanakert, the largest city in Nagorno-Karabakh, which has suffered extensive shelling. The rest of the food packages were given to displaced people in Goris, the nearest city in Armenia, where many residents of the conflict zone have taken refuge.

“The recipients expressed their deep gratitude to ADRA for the food,” says Safaryan. “It is a great comfort to them to know that someone is there to help them in this terrifying time.”

In Azerbaijan, ADRA also moved quickly to assist residents near the Nagorno-Karabakh border whose homes and property had been destroyed.

“ADRA, with the help of a local sponsor, purchased warm clothes, medicines and water to distribute in the affected villages,” reports Tural Piriyev, country director for ADRA in Azerbaijan. “But after contacting government officials, we were asked to wait since it is not safe to go there now due to constant rocket attacks.” Piriyev plans to deliver the supplies this week if conditions permit.

As reports of shelling continue despite a Russia-brokered ceasefire that took effect Saturday, ADRA staff in both countries are preparing for broader aid distribution. Food remains the most urgent need. ADRA will distribute 1,200 food packages containing staples such as flour, rice, beans and pasta to families affected by the conflict. This aid is especially crucial since ADRA is one of very few international nongovernmental organizations operating in the crisis region, according to ADRA staff in both countries.

“ADRA shows compassion to all, regardless of ethnicity, political or religious affiliation, and are working on both sides of this conflict to lessen the suffering of those affected,” says ADRA Emergency Response Director Mario Oliveira. “Our response is being coordinated amid another major crisis, the COVID-19 pandemic, especially in Armenia, where the numbers of COVID-19 infections has been increasing significantly these last days. ADRA has been following strict rules to keep our staff, volunteers and beneficiaries safe during the distribution events.”

In Armenia, ADRA will identify the neediest displaced families to receive food packets and/or hygiene kits with soap, shampoo, toilet paper, toothbrushes and other necessities. In Azerbaijan, the aid will target families who have lost their homes, jobs or livestock because of the fighting or who have suffered the death or serious injury of a breadwinner.

ADRA is also preparing for the possibility of extended fighting and the need for continued emergency relief and recovery assistance.

For more information about ADRA’s response to the current conflict, visit ADRA.am  (Armenia) and ADRA.org.az (Azerbaijan).

The Adventist Development and Relief Agency (ADRA) is the global humanitarian organization of the Seventh-day Adventist Church. Through its international network, The Adventist Development and Relief Agency is the international humanitarian arm of the Seventh-day Adventist Church serving in 118 countries. Its work empowers communities and changes lives around the globe by providing sustainable community development and disaster relief. ADRA’s purpose is to serve humanity so all may live as God intended. For more information, visit ADRA.org.

This article was written by Rachel Cabose and originally appeared on the ADRA website.