On Friday, November 22, 2019, the Executive Committee of the Trans-European Division (TED) voted to “endorse the commitment of the Scandinavian unions to mission and express a joint motion of solidarity with the leaders of the three unions as they find the best way to deal with this important issue.”

The motion, presented by Tamás Ócsai, President of the Hungarian Union, was passed by an overwhelming majority. With the endorsement of all the unions, the aim was to demonstrate concern and support for the Danish Union of Churches Conference, the Norwegian Union Conference and the Swedish Union of Churches Conference who were voted a public warning during the General Conference Annual Council vote in October 2019. That vote stated that they “have taken actions that are not in harmony with Working Policy and practices on credentials.” 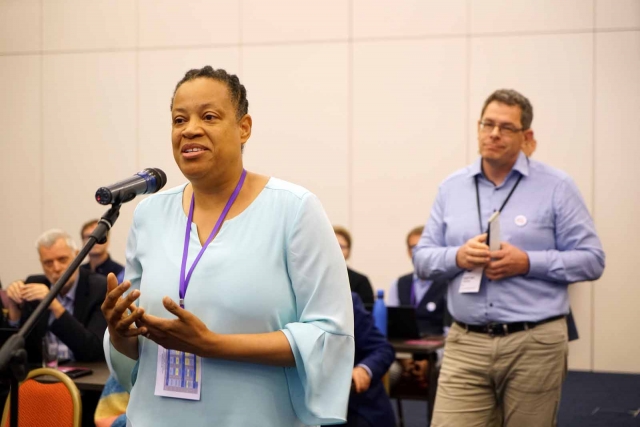 Christine Burt, a lay member from England, and Hungarian Union Executive Secretary, Róbert Csizmadia, were among those who spoke to the motion.

In practice, the constituencies or Executive committees of all three Scandinavian unions have taken actions to, in effect, offer only one commissioned credential to all ministers in Norway and Sweden, regardless of gender, and not to ordain any pastor of either gender at the current time. In Denmark this only applies to new ministers since 2015.

Recognizing the highly egalitarian nature of Scandinavian society, the unions are concerned that the current status quo of men and women in ministry has distracted youth and their surrounding wider society from their ability for effective mission since issues of equality in the region are seen as extremely important. They believe that their course of action is a temporary way of respecting the 2015 vote in San Antonio regarding the ordination of women until a permanent solution by the World Church can be found, while at the same time living in harmony with their conscience and local culture in support of mission.

The TED vote came after an update on process since the last full meeting of the Executive Committee, discussion and statements from the floor, a response by General Conference President, Ted Wilson, and finally the motion as proposed by the Hungarian Union.

Pastor Wilson responded to the various comments in an effort to explain the background to the Annual Council action. 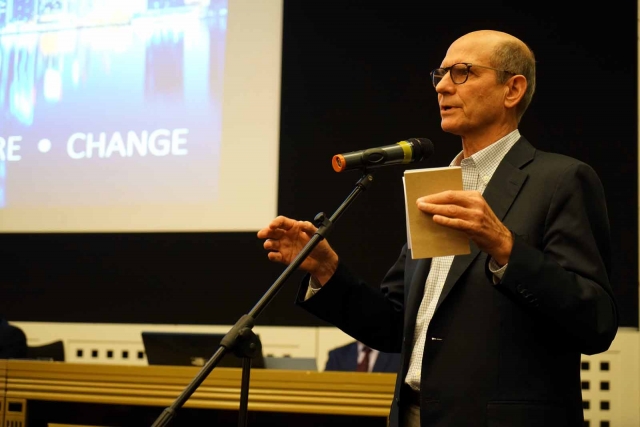 “You are part of the church family and we respect you,” Wilson stated, “but we are a very large family.” He emphasized that, in his mind, “the actions taken by the Scandinavian unions, despite being in response to heart-felt conviction, run contrary to the intent of the 2015 vote in San Antonio.” Emphasizing the way that the World Church works, he stated, “We have to work together, or we will fragment. We must have collegial respect for what we vote.”

Raafat Kamal who, as TED President, chaired the meeting recognized the “uncharted waters” that the Division currently navigates but noted that, despite that, reports across the five days of Year-End Meetings clearly demonstrate that Mission is alive and well in Europe. 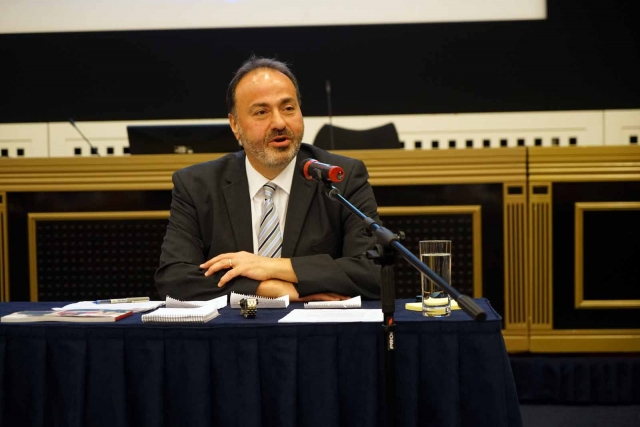 These included a look at Mission over the 90-year history of the TED, a variety of video reports from the unions, and the increasing number of mission-focused news articles on the TED website.

Supporting the motion made by the Hungarian Union, Kamal notes that mission challenges are not new to the TED. For instance, recent years have seen the reunification of a divided church in Hungary. That took sensitivity, listening, prayer and commitment but has led to unity and growth.

Kamal states, “With those same tools, and with the inclusive vote taken on Friday, the TED will continue to seek similar, positive ways to move forward with mission in the context of the current varied cultures and sensitivities of the Trans-European Division.”

This article was written by Victor Hulbert, TED communication director, and originally appeared on the TED News Network, the official news services of the Trans-European Division of the Seventh-day Adventist Church.

Main image: Tamás Ócsai, president of the Hungarian Union, presents the motion. All photos by Victor Hulbert, courtesy of the TED.