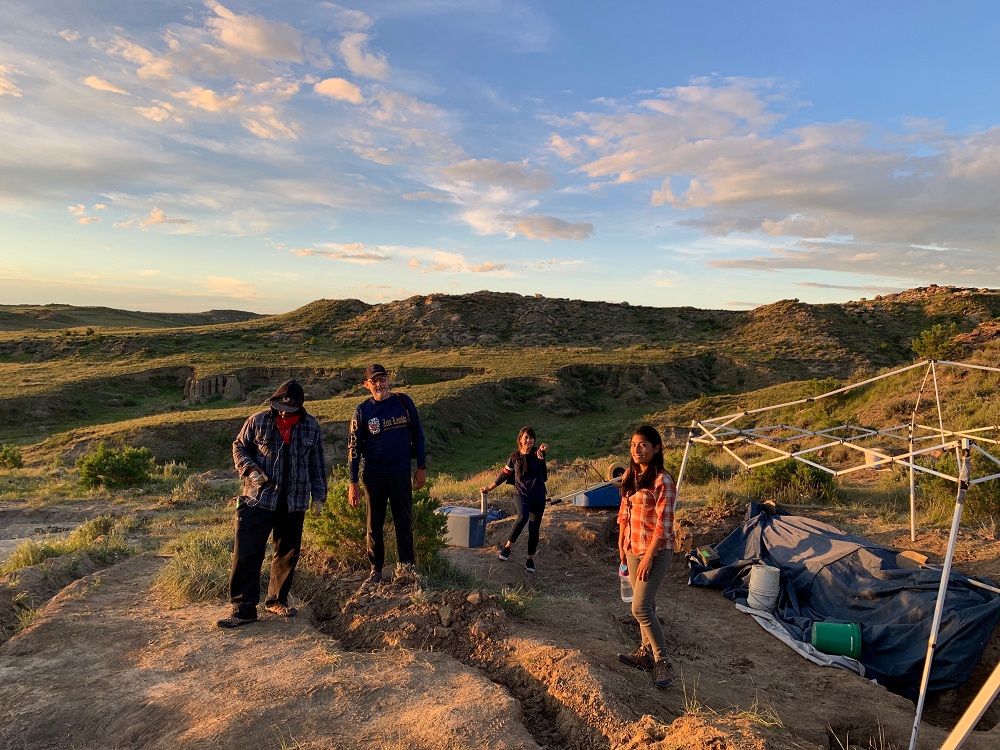 Big things are happening with Southwestern Adventist University’s Dinosaur Research Project. With its Dinosaur Science Museum housing a world-class collection of over 25,000 bones and ever-increasing media exposure, the project is drawing unprecedented attention. For those who can’t visit the dig site in Wyoming themselves, The Hope Channel is preparing to release a six-episode documentary on the project this fall, where viewers can enjoy a small taste of what hundreds of students, researchers, and hobbyists experience in the wilds of Wyoming every June.

For one month every year, the ongoing Dinosaur Excavation and Taphonomic Research Project, led by professors Art Chadwick and Jared Wood, moves from Southwestern Adventist University’s biology department to the 8,000-acre Hanson Ranch and Research Center in eastern Wyoming. This year, 120 participants from around the world registered and participated, with ages ranging from newborns to 85. Guests included 10 international educators from the following countries: Philippines, Argentina, Peru, Italy, Nigeria, Puerto Rico, and Korea. 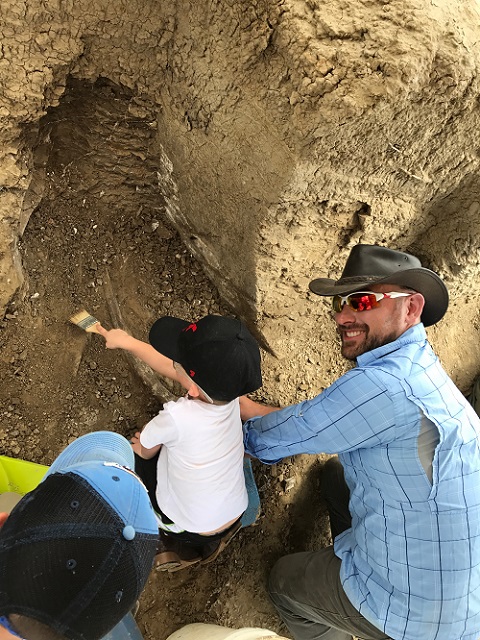 Co-leader of the project, Southwestern Adventist University professor and zoologist Jared Wood said this year’s trip was a big success, with approximately 2,300 bones discovered and a new record average of 50 diggers per day. On Father’s Day, Southwestern Adventist University opened the site to the community and saw approximately 150 locals visit. Wood stated, “Our numbers continue to grow. We’ve gone from having three people the first year — two professors, Dr. Chadwick and Dr. Turner [now retired], and one student — to about 50 people per day from around the world; there is just a huge interest.”

Local Journalist Walter Sprague, who visited the dig twice this summer, wrote of being awed by miles of “other-worldly geological formations” and overcome by the “sheer volume” of fossils covering the site, including pieces of fossilized bone, tendons, teeth, and shells. “It’s one thing to go into a museum and see these bones on display. But when you see one that currently protrudes out of the surrounding sandstone or mudstone deposits, you get the feeling of genuinely looking into the ancient past. [This] is beyond anything I’ve ever even read,” he wrote.

Wood said that “overwhelmed and awed” are common responses to the dig site, adding that people also tend to be surprised at the scope of Southwestern Adventist University’s fossil collection. 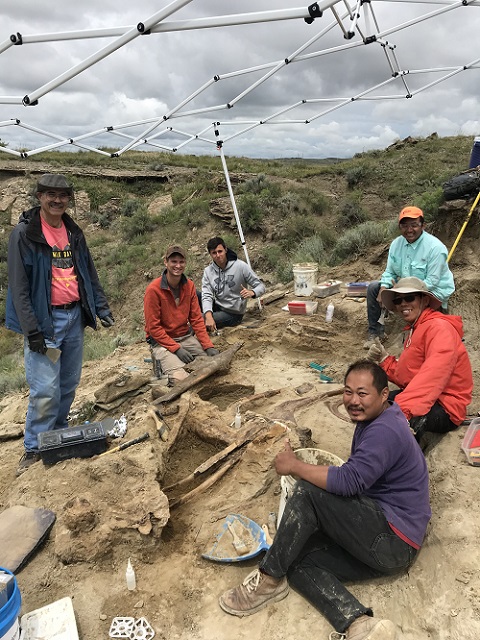 In January, Southwestern Adventist University was recognized in the Journal of Paleontological Sciences for its work with the Upper Cretaceous Hell Creek and Lance Formations, which are some of the most fossil-rich rock units in the United States, located in Wyoming, Montana, and South Dakota. In the article which discusses a census of about 65 universities and institutions with dinosaur bone databases, Southwestern Adventist University was named with the University of California Museum of Paleontology on the campus of UC Berkeley and Yale Peabody Museum of Natural History on the campus of Yale University and two others that “stood out as providing the most detail in the easiest and most aesthetic format.” Southwestern Adventist University “in particular, provided photographs, historical and geologic context for just about every specimen in the large and mostly complete database.”

Wood added, “I was told this summer by a paleontologist that we had the largest collection of Lance Formation fossils in the world. And we have the best collection of genera like Edmontosaurus, which is a type of duck-billed dinosaur. We always thought we had the best. But now it’s been justified. It’s pretty amazing, for a school our size, to have this world-class collection.” 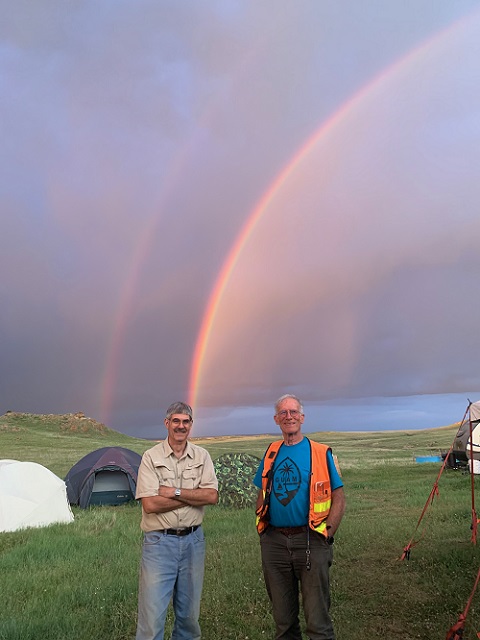 The Hope channel documentary, directed by Paul Kim, Southwestern Adventist University’s new communication professor, is currently in post-production, and is slated to air in the fall. The documentary, which features sweeping shots of the site and a “reality show type feel,” according to Wood, will give a good picture of what it is like “to be in camp, to be part of the dig.”

In Wyoming, the program is having so much success that it is outgrowing its main building, and Wood and Chadwick are currently working with an architect to build a larger, nicer building to support up to 150 people a day, as opposed to the 85 it currently accommodates.

Back home, museum traffic is increasing, with an estimated 100 to 200 visitors a week during the school year. On the academic side of things, the Paleontology class has recently been added into the official biology curriculum, and can now count toward biology students’ major requirements, whereas it was formerly an elective. Caleb Hinde, a freshman at Southwestern Adventist University who aspires to one day be a paleontologist, will receive class credit for participating in this summer’s dig. “The [evening] class I attended as a part of the dig provided a comprehensive look at the basics of dinosaur classification, alongside several detailed lectures regarding the debate between the theory of evolution and the biblical account of creation, and was an enjoyable accompaniment to the field work. Dr. Chadwick and Dr. Wood were both amazing people to work with, and I hope to spend further time alongside them while pursuing a degree at Southwestern Adventist University.”

For more information on the Dinosaur Research Project, or to schedule a group tour at the Dinosaur Science Museum, please visit swau.edu/dinosaurmuseum or like the Museum on Facebook at www.facebook.com/dinosaursciencemuseum.

This article was written by Lindsey Gendke and originally appeared on Southwestern Adventist University’s website.