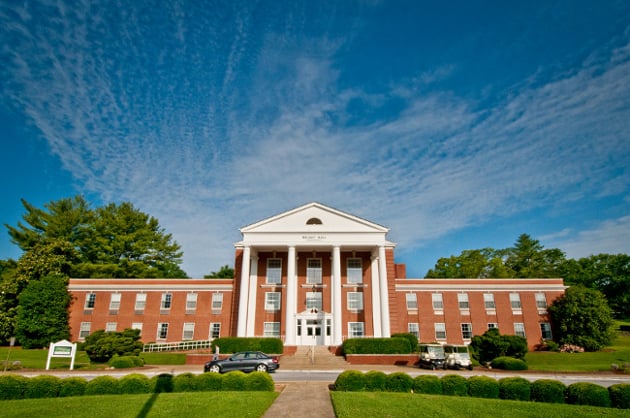 In February 2018, Southern Adventist University announced the immediate creation of a Vice President of Diversity position. However, due to budget constraints, President David Smith says the fulfillment of that position is now on hold.

When a racist incident occurred at Southern’s annual Black Christian Union (BCU) Night on February 3, 2018, President Smith addressed the Southern community’s questions and concerns via email and video message on February 13, apologizing for the racist history of the university.

Former Student Association President Phillip Warfield outlined some of this history in his recent blog post, including yearbook photos from the 1940s-50s that show the confederate flag hanging in the school gym, and white students posing in Blackface. And in 2016, Jared Wright reported for Spectrum on another BCU incident overshadowed by racism.

Several initiatives to address issues of current and systemic racism were announced in Smith’s February 2018 video message, including the new VP role. “I pledge that we will improve the representation of our diverse student body at the administrative level starting immediately with the creation of a vice president for diversity position,” stated Smith.

Over the next several months, Southern’s Diversity Committee developed a job description, advertised it, and began interviewing applicants. The final three candidates were selected. However, after enrollment numbers for the 2018-19 school year were less than expected, a hiring freeze halted the process.

In a statement to the campus community, President Smith explained that,

“At the time of my initial announcement, Southern was experiencing enrollment growth. However, this year’s enrollment has not continued that growth trajectory. As a result, I have decided not to fill any new positions in order to preserve the financial health of the institution. Filling no new positions includes pausing our search for a new vice president. We pray that by God’s grace, we will be able to resume that hiring process in the future.”

He continued, “I am sorry I have been unable to fully keep this promise at this time. I assure you that I am still highly committed to implementing all of the efforts that this new position was intended to undertake. With that in mind, I am establishing two senior advisers whose positions will be funded for two years by generous gifts from two donors.”

The faculty members chosen for these senior adviser roles were Stephanie Guster, MSW, a professor in the School of Social Work, and Alan Parker, DTh, a professor in the School of Religion. Guster is senior adviser for “diversity with an emphasis on race,” and Parker is senior adviser with an “emphasis on student sexual activity.” The advisers operate out of the President’s Office and report directly to him on these matters. “The financial donation will allow us to reduce their teaching responsibilities so that these employees can focus on diversity issues without affecting the budget or leaving their academic areas short-staffed,” said Smith.

“I understand the disappointment this delay in creating a new vice president position may cause. Let me assure you, I made the promise with every intention of keeping it, and I still intend to do all I can to make it happen in time. I hope you will join me in continuing to pray that our campus becomes a model, biblical community that stands firm on the belief that every individual on our campus is a treasured child of God,” Smith concluded.

When asked for comment regarding the decision not to fill the newly created VP of diversity role, Smith shared some of the work that has occurred over the last year-and-a-half which, in addition to the new advisory positions, includes monthly employee race dialogues, focus groups conducted by an outside consultant, student convocations, the SOAR initiative, an Against the Wall weekend in Fall 2018, a field trip to the National Memorial for Peace and Justice in Alabama in January 2019, and an Employee Colloquium in August 2018 themed “Being Real, Living Well” that featured a lecture on the historical intersection of race and policy.

These initiatives also align with the objectives of the multi-pronged project to address racial justice and equity on campus that Southern received a $50,000 grant for from the Lumina Foundation’s Fund for Racial Justice and Equity in 2018.

I followed up with former SA President Phillip Warfield, who graduated in May 2019, and he expressed his disappointment in the decision not to fill the VP of diversity role.

“Though I’ve graduated, I find it hard to accept that the institution has yet to complete the promises mentioned in February 2018. I feel like we may be waiting on some administrator to come in and right our wrongs, but in reality, we need a culture shift with appropriate context in order to make inclusivity a real initiative,” he told me.

He expressed hope, however, that with administration and students working together, real change can occur:

“I’m happy (though not yet satisfied) that [Southern is] actively moving forward by giving two faculty the responsibility to lead racial and LGBTQIA+ relations, but I still believe that with enough support from all administration, students can lead inclusion in much larger and authentic ways.”

Warfield concluded with this challenge to his alma mater:

“The university will tell you all of their outlined work, but the students and people from all over the country will never know because there is not a central hub where it is actively reported, showcased, or even appreciated. With little money, there are multiple ways to improve inclusivity. The question: Is Southern bold enough to adopt such changes soon enough, or will they always ask us to wait for a better time? There’s more we can and should be doing.”