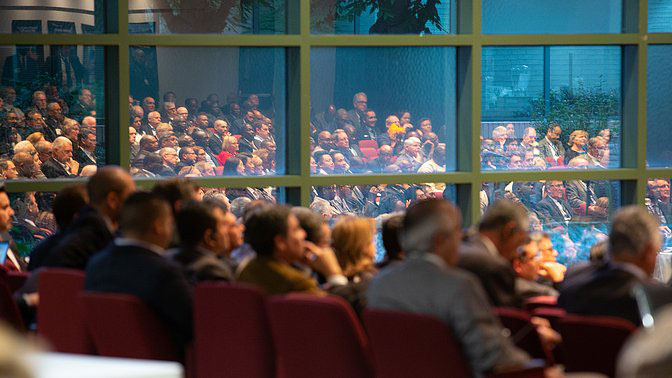 South Pacific Division Church leaders have reaffirmed their support for women in ministry following the General Conference Annual Council meetings where it was resolved to issue warnings to six Unions for practices related to ordination.

“Most speeches were against the warnings, but the votes were always about 60 per cent in favor and 40 per cent against,” he said. “This is the pattern for the whole quinquennium when this issue is discussed in some form.”

As reported in November 2018, the South Pacific Division asked the General Conference to put the issue of women’s ordination back on the agenda for the 2020 GC Session. However, this was denied because no other division within the world Church has supported the SPD request.

“There are at least four other divisions who definitely want to see women ordained and at least another two divisions who would be supportive — this is from my personal discussions,” Pastor Townend said. “I ask them, why their hesitation? Their answers are all about timing. I understand but I may not agree.

“Realistically, the SPD is a small division and we just have to continually try and influence people from other divisions when in contact.

“In the meantime, the SPD will continue to encourage the women who are in ministry. We have more per capita of women in ministry than any other division and now have Dr. Danijela Schubert who, as part of her role, is supporting those women in ministry.

“I would encourage our members to keep this matter in their prayers.”

President of the Seventh-day Adventist Church in Australia, Pastor Jorge Munoz, also restated his support for women in ministry and leadership positions in the Church.

“I understand and sympathize with the frustrations and disappointments felt by those who would like to see this issue move forward,” Pastor Munoz said. “We feel it’s important to work within the democratic processes of the Church. At the same time, we want our women serving as ministers to know we value them and recognize the wonderful work they are doing as Church leaders and bringing people to a relationship with Jesus. I will continue to use my influence to advocate on this matter.”

Trans Pacific Union Mission president Pastor Maveni Kaufononga said: “For me, we should not allow the decision made at Annual Council to be our focus of attention; there are many ways to support our women in ministry and this is my focus. I want to support them and use them where God is gifting them and talk more on how the Spirit is using them in a special way.”

New Zealand Union Conference president Eddie Tupai said he acknowledged the decision by the majority of the world Church at this time. “Our best course of action is to proactively encourage, nurture, and develop opportunities for all women in our churches to live out their giftedness in every community of the SPD,” he said.

This article was written by Tracey Bridcutt and originally published by Adventist Record, the official news and lifestyle magazine for the South Pacific Division of the Seventh-day Adventist Church. It is reprinted here with permission.