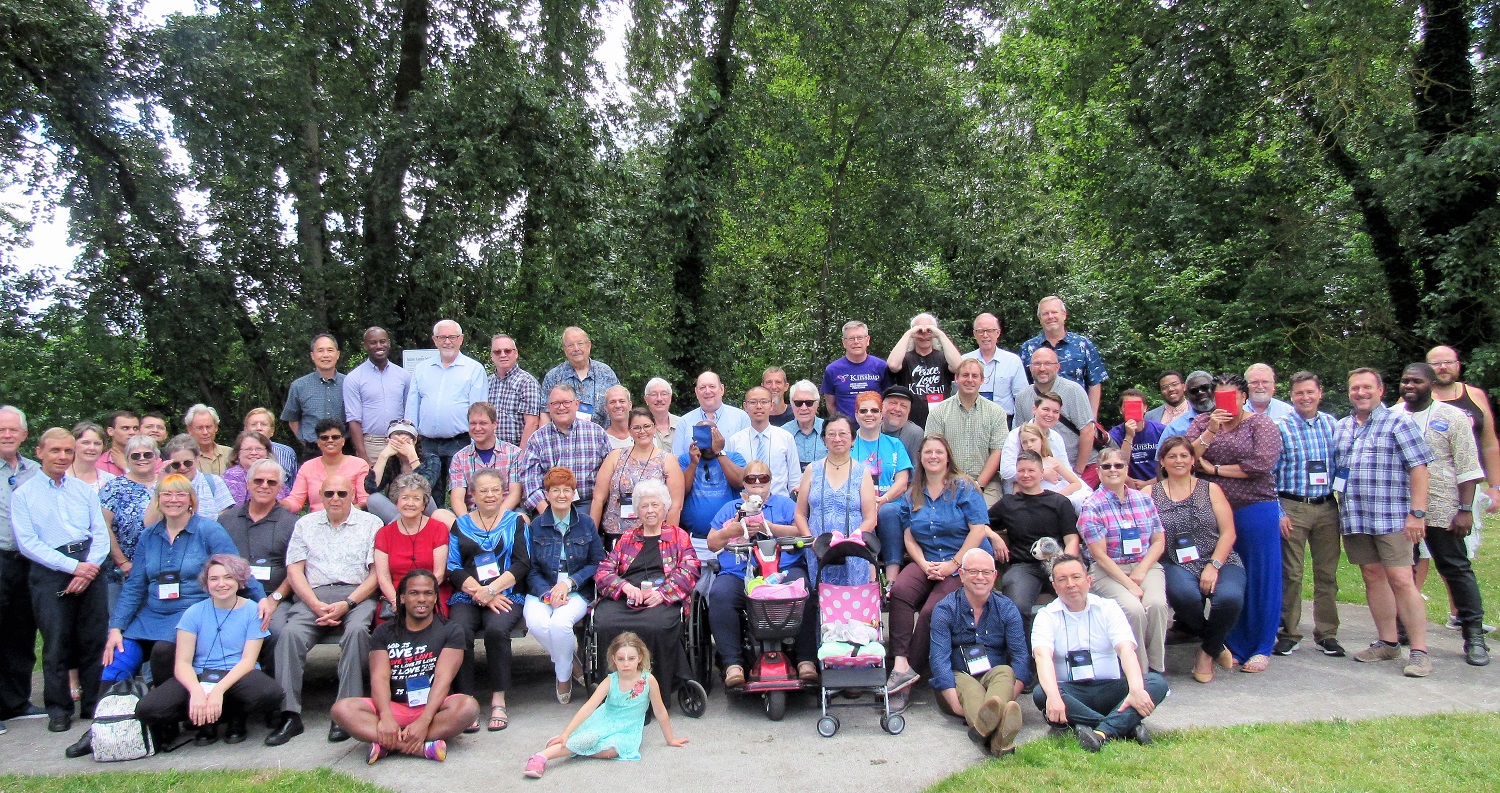 In July 2019, Seventh-day Adventist Kinship, International celebrated its 40th annual Kampmeeting in Portland, Oregon. Similar to, yet different from, traditional Adventist camp meetings, this is a time when LGBTQ+ Adventists, their families, and supportive allies come together to worship, socialize, and tell their stories.

At this year’s Kampmeeting, sessions featured a mix of spiritual and social topics from Adventist pastors and professors, as well as Adventist university alumni and other speakers. Traditionally, Friday night includes a foot washing and communion service; for some, this is the only occasion where they can openly participate in this ordinance.

Sabbath morning is a Kampmeeting highlight. The traditional Sabbath School is replaced by “Kinship in Concert,” a worship hour where attendees use their voices and musical instruments to praise God. Many grew up singing in church and haven’t been able to participate in a church setting for years. For them, it is an incredible blessing to be able to fellowship and worship in this way. An inspiring Sabbath sermon follows the music, and the opportunity for fellowship extends throughout the day. This year, the approximately 80 attendees enjoyed Sabbath lunch in a nearby park. 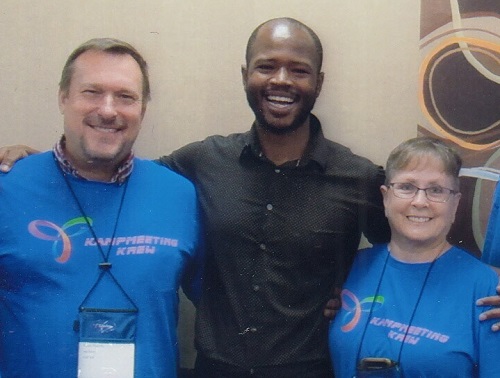 SDA Kinship was organized in the late 70s, but it wasn’t until August 1980 that the first organization-wide meeting was held at Kohl's Ranch in Payson, Arizona. Joining the Kinship members traveling to Arizona from all over the United States were six individuals sponsored by the General Conference. These GC representatives were professors Jim Cox, Larry Geraty, and Fritz Guy; pastors Jim Londis and Josephine Benton; as well as now former pastor Colin Cook. This took place soon after the 1980 General Conference session in Dallas, Texas.

After this groundbreaking meeting, SDA Kinship was hopeful about having a working relationship with church leadership, wanting to build bridges of understanding of those who identified as LGBTQ Adventists. Unfortunately, to the dismay of LGBTQ+ Adventists around the world, the General Conference decided to go the route of sponsoring ministries that promised to cure homosexuality. The prayer of SDA Kinship’s members is that the General Conference will someday agree to talk with us, rather than only about us when the subject of homosexuality or sexual orientation comes up. Within the church, there are many misconceptions and myths surrounding LGBTQ+ individuals. 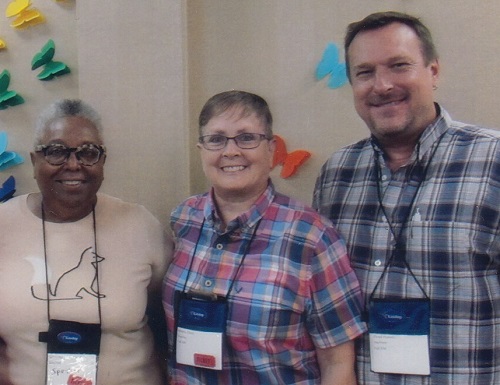 From left to right: Dr. Sylvia Rhue, Yolanda Elliott, and Floyd Poenitz. Dr. Rhue, PhD, earned a degree in Psychology/Sociology from Oakwood College (now University), and a Master of Social Work from UCLA. In 1986, Rhue graduated from the Institute for the Advanced Study of Human Sexuality, becoming the first African American to receive a PhD in Human Sexuality. In 1988, she helped found the Black Gay and Lesbian Leadership Forum. Then in 1996, Dr. Rhue co-produced and co-directed (with Oscar-nominated directors Frances Reid and Dee Mosbacher) the documentary All God's Children which dealt with African American family and religious values, civil rights, and homophobia. The film won several awards, including Best Documentary at the National Black Arts Film Festival, and a Lambda Liberty Award from the Lambda Legal Defense and Education Fund.

Forty years later, SDA Kinship is still providing a safe and spiritual community for those who identify as lesbian, gay, bisexual, transgender, or intersex, and are current or former Seventh-day Adventists. Forty years ago, the emphasis was on the lesbian and gay designations and has now expanded to include additional descriptors for gender and orientation. There is also outreach for family and supportive allies who go through their own "Coming Out" process. The motto “Jesus never looked the other way — and we shouldn’t either!!” is used to open dialogue with family and allies. The SDA Kinship community has about 3,600 members in almost 100 countries worldwide.

SDA Kinship's biggest challenge is to let Adventist Church members around the world know that this special community exists. Knowing that you are not the only LGBTQ+ individual (or family member of someone who identifies as such) in the SDA Church can be very important. Just having one supportive person by your side can save lives. If you know someone who could benefit by knowing about our community, please share with them our website (www.sdakinship.org) or encourage them to contact us for more information.

John and Carolyn Wilt - Directors-at-Large for Family and Friends 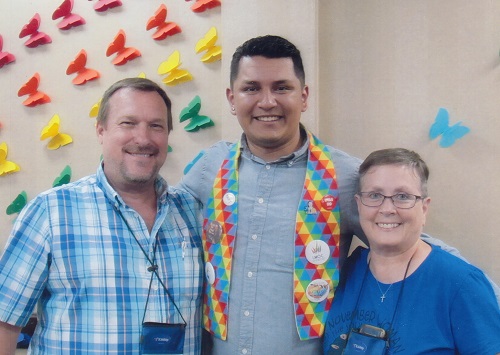 From left to right: Floyd Poenitz, Angel Rivero, and Yolanda Elliott. Rivero studied Theology at PUC and served several SDA churches and hospitals, but after coming out in 2017 he had no choice but to leave the denomination and is now an MDiv student at the Pacific School of Religion in Berkeley, CA. He is a certified candidate for the ordained ministry in the United Methodist Church.

This article was written by Floyd Poentiz, vice president of SDA Kinship, International. All photos courtesy of the author.