President Ted Wilson Reacts to the Tragedy in Sri Lanka

President Ted Wilson Reacts to the Tragedy in Sri Lanka 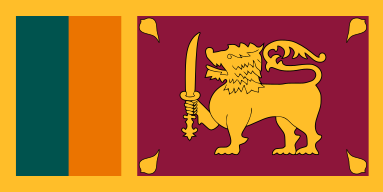 Our hearts go out to the grieving families of those killed in Colombo, Sri Lanka, in a terrible, senseless tragedy of killing this morning. Churches and other areas were targeted. Let us pray for the families and for the Prince of Peace to reign in the hearts of all including those who perpetrate such horrific acts. They need the grace and love of God in their hearts to bring them to Christ and His forgiveness. Soon Jesus will come to take us to heaven where there will be no more pain, suffering, or death. Share this good news and Christ’s three angels’ messages of Revelation 14:6-12 with everyone as you participate in Total Member Involvement — everyone doing something for Jesus.

Editor's Note (April 23, 2019 at 1:00 p.m. ET): The original post on ANN and Facebook incorrectly referenced Revelation 12 instead of Revelation 14. The error has since been corrected on those official outlets and so we have updated it on our site as well.