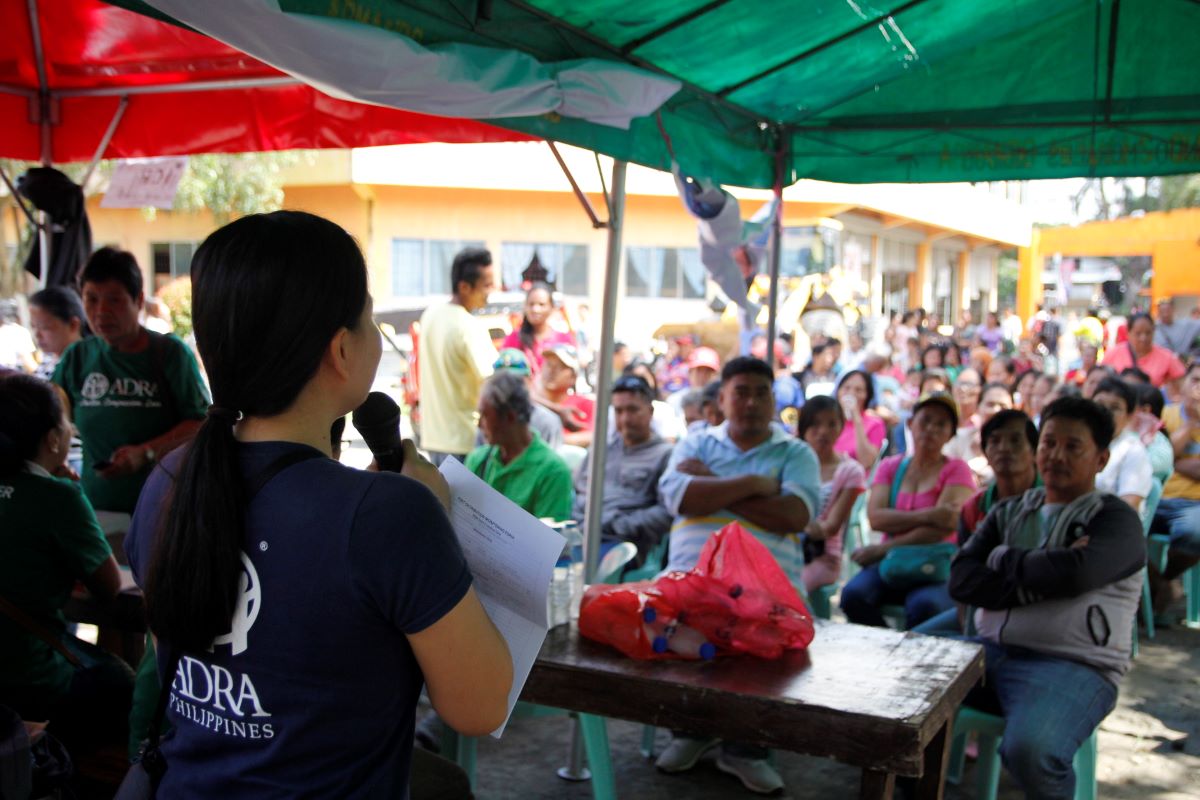 The Philippines' southern island of Mindanao was hit by a series of strong earthquakes during the month of October.

On October 16, a magnitude 6.3 earthquake shook, followed by a magnitude 6.6 quake on October 29, and another quake of magnitude 6.5 hit again two days later on October 31 causing major infrastructural damage not only to the province of Cotabato where the epicenter was located, but also affecting nearby provinces where major cities like Davao are located.

Residents living in the area were already reeling from having to deal with hundreds of aftershocks following each major quake, and now have to deal with the trauma that comes after.

When the first earthquake occurred on October 16, ADRA in the Philippines distributed 300 emergency shelter repair kits the following week in the municipality of Makilala in the province of Cotabato, where the epicenter was located, for the families whose homes were totally destroyed.

When the second earthquake hit the morning of October 29, ADRA was deployed the same day to conduct assessments and facilitate the distribution of cash assistance in the city of Kidapawan on October 30. 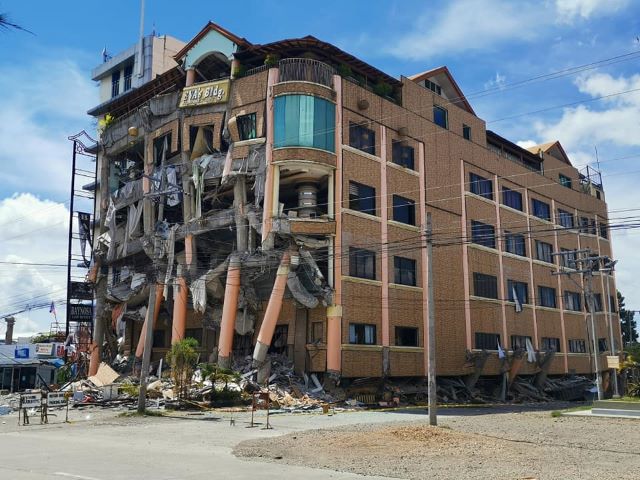 Kidapawan Hotel crumbles to near devastation after a series of quakes in the city of Kidapawan.

When the third quake hit on October 31, buildings that were previously impacted by the first two earthquakes crumbled, trapping and killing ten people. The earthquakes also caused landslides that covered homes adding to the increasing numbers of casualties in the region. As of November 4, more than 20 lives were reportedly lost and over 21,000 homes were destroyed.

“The homes that I visited had previous cracks, and now they are gone—collapsed,” says ADRA emergency responder Jerry Requillo after the third earthquake.

Katherine Solilapse, an ADRA emergency responder who was providing aid during the first quake, shared unfortunate news that an Adventist she knew had lost his life.

“He was a really nice man,” says Solilapse. “He had given us snacks because it was our last distribution site. I was really shocked and quite emotional when I read on the news what had happened.”

ADRA in the Philippines has been conducting damage assessments for the first two earthquakes and are partnering with the Southern Mindanao Mission and the Davao Mission of the Adventist Church to mobilize disaster relief efforts. Needs assessments are now being done to evaluate next steps in tackling the bigger damage done to regions in the country that resulted from the third earthquake.

The Philippines is located within the Pacific Ring of Fire, which is a path along the Pacific Ocean triggered by active volcanoes and frequent earthquakes. Cotabato is one of the seismically active regions in the Philippines and could likely be the location where one fault triggered another, according to the Philippine Institute of Volcanology and Seismology.

“Whether the last three earthquakes will be followed by more intense ones, we cannot know for certain,” says Requillo. “Residents in the area are warned to always be prepared and to always have a ‘go-bag’ or emergency kit nearby in case of evacuations.”

This article was written by Aimee Grace Tapeceria and originally appeared on the ADRA website.