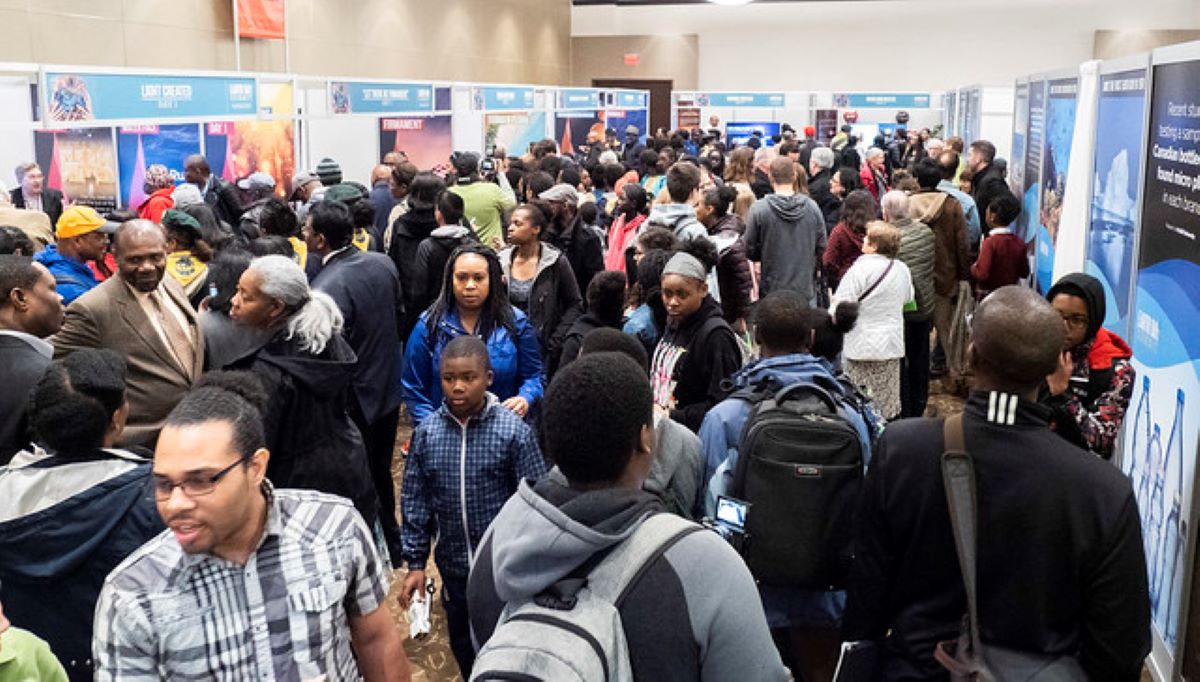 According to a U.N. report released on May 6, one million plant and animal species are now at risk of extinction.[1] Moreover, four decades after the first Earth Day in 1970, the global population has doubled, we’re emitting 2.4 times more Co2—causing sea levels to rise—and more than 170 animal species have been declared extinct.[2] Only a “transformative change” in how we engage with nature will stall these trends.[3]

Enter the 2019 Earth Day Summit, held on April 21, in Mississuaga, Ontario, Canada. During this inaugural event, thousands of guests, many who are not Adventist, interacted with nearly 50 colorful booths on topics as varied as the incredible immune system, the marvel of the brain, the intelligently designed smile, pollution on campus, the creative complexity of the human body, the theology of recycling, gardening and more. Themed “His Creation, Ours to Care For,” the event gathered a broad spectrum of visitors of all ages, religious backgrounds, ethnicities, and walks of life.

The initiative was realized by Mansfield Edwards, president of Ontario Conference of the Seventh-day Adventist Church. In 2017, Edwards envisioned an Earth Day event that would offer ways to combat these stats and speak to the nearly 50 percent of 18–29 year-olds who believe the Church is anti-science.[4] There, leading scientists and theologians would share evidence for the biblical creation account while emphasizing our responsibility to care for the earth created for us.

“It’s all about being relevant in our society, considering the input of biblically sound stewardship strategies to climate change,” said Ontario Conference president Mansfield Edwards, as quoted from an Adventist Review article on the event. “I am convinced Seventh-day Adventists should be among the leading promoters of Earth Day as stewards of God’s creation.”

The opening ceremony set the tone for the entire day, with Daniel Lazich, retired aerospace engineer for the U.S. military, sharing proof of intelligent design in quantum mechanics; and Tim Standish, Geoscience Research Institute scientist, expanding on the stewardship implications of creation. “For God, no creature is without significance,” said Standish. “The Bible consistently directs believers to behaviors that preserve the environment and allow all creation to thrive.”

As a way of acknowledging the younger generation, the opening ceremony also included the presentation of prizes to elementary and high school students who’d participated in an Earth Day poster competition, as well as a prize to an essay contest winner studying environmental sciences in university. 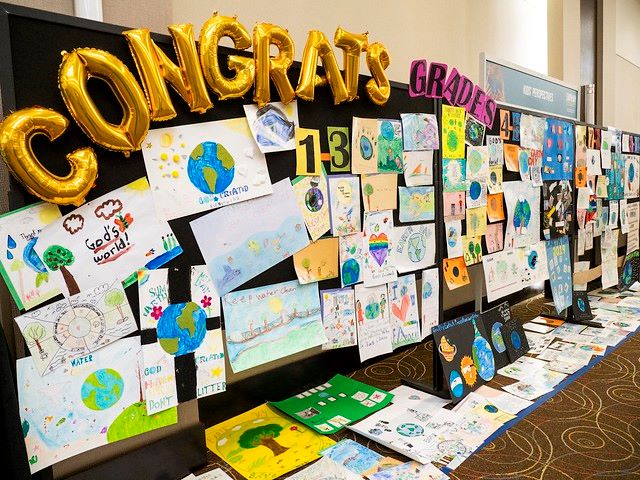 Throughout the event, the various topics were presented for all ages. One young boy said, “It’s just amazing because you learn about science, technology, space, food and other things. I learned a lot. It made me think differently about the world.”

Organizers were also pleased to see several teens and young adults present. Oraine Swaby, a church member and one of many millennial attendees, expressed, “I’ve always enjoyed the sciences, [but it was wonderful] to see so much here about the connection between science and the Bible and our faith and what that means for conservation and for the environment.”

Beyond sparking thought, the event featured a commitment wall where attendees could pledge to make changes to care for the earth based on what they’d learned. Samanta Browne, a church member and elementary school teacher, noted that not only did she pledge to be a better steward of the earth, but post-event she had gotten her students to make environmental stewardship pledges as well.

The Earth Day Summit was a model of partnership with the community, including giving awards to green organizations within the Greater Toronto Area such as the City of Markham and the York Regional Police. Moreover, presenters included representatives from the City of Markham, teaching participants how to weave a mat from plastic bags, and Wilson Niblett Motors of Richmond Hill, Ontario, displaying the Chevy Volt electric car. Jacqueline Tung, from the City of Markham, later shared that the city had connected with a local church to start up a milk bag program for this summer’s Vacation Bible School. 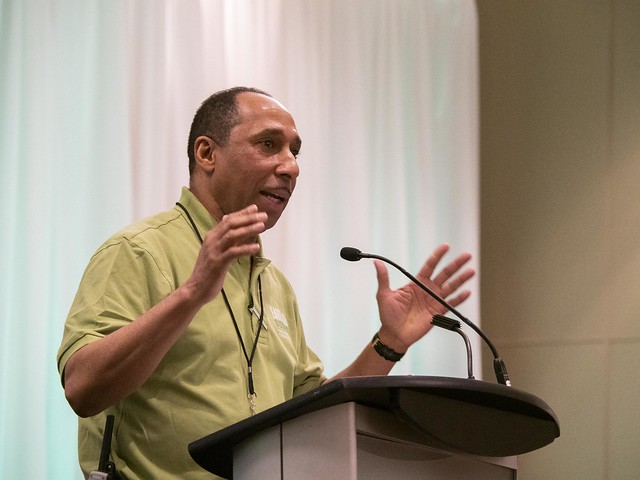 The summit also helped position the Adventist Church as being relevant in the 21stcentury. Marcos Paseggi, senior news correspondent with Adventist Review, stated, “We’re moving from just apologetics, reacting to what science and the newspaper say, and being more proactive. We have a message to share and we are doing it.”

Patricia Haakmat, church member, enthused, “I am proud of what the Ontario Conference has done to put on a summit of this magnitude. It’s right in with the keeping of our times, as other people are talking about saving our planet and having a special day to help with that. I think the Lord is leading.”

During the closing ceremony, Edwards’ words were met with applause: “We have made inroads into re-establishing and affirming God as Creator, and therefore, . . . this evening, I have the privilege of declaring that this inaugural will become an annual, to the glory of God and to His name.”

This article was written by Christelle Agboka, communication director, Ontario Conference of Seventh-day Adventist Church and originally appeared on the NAD website.