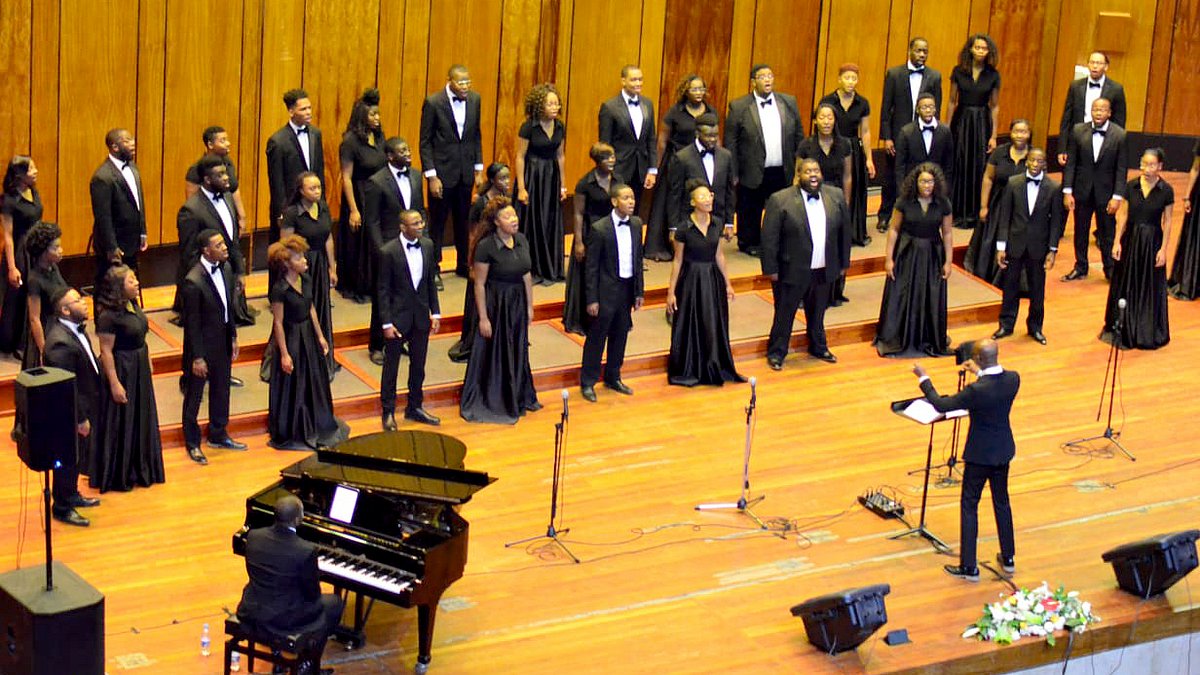 The Oakwood University Aeolians touring choir was involved in a fiery bus accident, just hours before a scheduled performance in San Francisco, California.

According to a press release from Oakwood University’s Office of Integrated Marketing and Public Relations, the accident occurred around 12:25 am PST on May 4, 2019, as students traveled from the San Francisco airport to their hotel accommodations.

Additional news sources reveal that a broken down SUV in the road triggered the accident, as drivers swerved to avoid colliding with the vehicle. One car slammed into the back of the bus, killing the driver, and burst into flames. The fire then spread to the touring bus. Fortunately, students and staff were able to get out before the entire frame was engulfed, destroying all personal items and belongings.

EMTs checked students and staff at the scene and no life-threatening injuries were reported. Choir director Jason Ferdinand shares that they were, “shaken up, very much so, but thankful we lost things and not lives.”1

The choir did not allow this tragedy to keep them from sharing their talents. Later that day, they performed at the Philadelphian Adventist Church in San Francisco.

The world-renown Aeolians choral group has performed at the Kennedy Center and Carnegie Hall, and won multiple choral competitions. Despite the acclaim, their website shares: “In everything that the Aeolians do today, service is first. Whether it be sharing in worship during rehearsal, or ministering at church; whether it be competing in a world class competition or embracing little children on the mission field, the Aeolians are there to answer the call and to, ‘Do the will of my Father who sent me!’ Many lives have been touched all over the world by what this choir has done for the last 70 years.”

If you would like to help Aeolian members replace some of their belongings, Oakwood University has set up an account at give.oakwood.edu.

This article was written by Beth Thomas and originally appeared on the Adventist News Network.