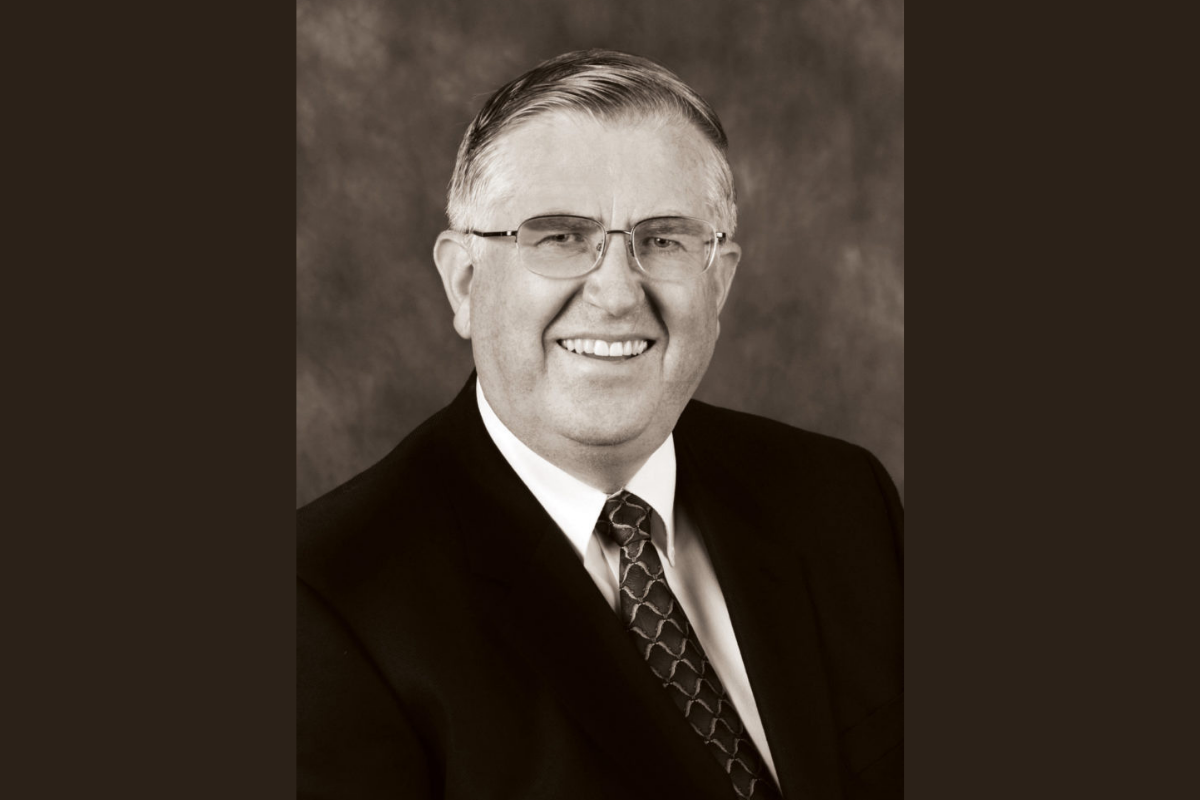 Family, friends, church members, and colleagues throughout the Pacific Union Conference and beyond are mourning the passing of Gordon Botting, retired Northern California Conference pastor and department director, who died on July 11.

Before his retirement earlier this year, he had served as director of the NCC community services, health, and stewardship departments for more than 16 years. At the time of his death, he was serving as Pacific Union Conference (PUC) stewardship director, a position he held since 1993.

Born and raised in New Zealand, Botting graduated in 1969 from Australia’s Avondale College with a Bachelor of Arts in theology. After working as an assistant auditor for the South Pacific Division, he served as a pastor in the North New Zealand Conference, where he was ordained in 1974. He then earned a double master’s degree in nutrition and community public health and a doctorate in preventive care from Loma Linda University School of Public Health in 1981.

In 2002, Botting was called to the NCC office, where he served as director of three departments. Botting was an active and engaging leader, promoting numerous training seminars and outreach programs. He was an enthusiastic proponent of community gardens, thrift stores, and disaster training for local church Adventist Community Services (ACS) ministries. He organized numerous health, finance, and ACS training workshops at local churches, as well as retreats at Leoni Meadows. Recently, he galvanized fundraising efforts to rebuild the Wesley church’s ACS center on the island of Dominica, which had been destroyed by Hurricane Maria. Thanks to his efforts, NCC individuals and churches raised $25,000.

Sung Kwon, ACS executive director for the North American Division (NAD), appreciates Botting’s inspired leadership. “Indeed, it was my honor and privilege to serve with Dr. Gordon Botting for over a decade in the area of Adventist Community Services,” he said. “Dr. Botting demonstrated exemplary competencies and the attitude of a leading servant. He was an innovative social entrepreneur who initiated several creative ways to reach out to the communities, including community gardens and thrift ministries. Dr. Botting served with a compassionate heart until the last breath of life. I can’t wait to see him again in the New Jerusalem and share how his legacy made a difference in the lives of people.”

Angeline B. David, director of NAD health ministries, has many fond memories of Botting. “I still remember when Gordon invited me to speak about my work in Guam at the Northern California Conference’s health retreat in 2016," she said. "He wanted to inspire the attendees with a real-life mission story. I hadn’t even yet started my work at the North American Division. I was touched by his thoughtfulness then. And in ministering with him since, I was amazed by his skill, encouraged by his fortitude, and blessed by his winsome ways. Gordon was a trusted counselor, a valuable mentor, and a dear friend. The NAD will miss his ministry, and I will miss his presence on my Health Ministries Advisory Committee and his unrelenting cheerfulness. On behalf of the health ministries family of the NAD, I extend condolences to Margaret and the Botting family. Along with you, we more eagerly await our ‘blessed hope.’”

In his role as PUC stewardship director, Botting conducted financial seminars at local churches and camp meetings throughout the union and the world. He developed a number of practical money management seminar workbooks, including Surviving in Tough Times and Steps to Financial Health. He also published a number of books, including his most recent, Penny Pinching Principles for Money-wise Parents. In addition, he contributed to other books, including writing chapters in Faith & Finances. He also wrote numerous practical money management articles for American and Australian magazines.

Probably the publication he is best known for is his monthly stewardship bulletin, “The Stewpot,” which he began in 1995. Botting wrote most of the articles himself, dealing with stewardship in all areas of a Christian’s life: money, time, talents, health, marriage, and more. “The Stewpot” is distributed worldwide and available in English, Spanish, Portuguese, and French.

PUC President Ricardo Graham remembers Botting’s dedication and talent. “Gordon Botting was fully focused on Jesus Christ and His redemption and focused on how to impact people with the message of God’s love, forgiveness, and empowerment,” he said. “Friendly, efficient, and productive, Gordon was an idea factory of ways to connect people with God through the Seventh-day Adventist Church. I will always remember him for his contributions to the work of God in the Pacific Union Conference. He will be sorely missed.”

Botting was a CROWN certified financial counselor and a member of the American College of Lifestyle Medicine. Earlier this year, he received the NAD Lifetime Achievement Award for stewardship and the General Conference Lifetime Award of Distinction in health ministries.

During the past week, NCC colleagues have been sharing their memories of Botting. “Gordon was an inspiring and enthusiastic leader, a lifelong learner, a devout Seventh-day Adventist, and a Christian gentleman,” said NCC President Marc Woodson. “For many years our conference motto was ‘Be bold for God,’ and Gordon epitomized that goal. He wasn’t afraid to create and promote big ideas that would empower churches to help their neighbors by sharing ways to improve their health and finances, as well as reaching out through numerous community service projects.”

The last "Stewpot" that Botting wrote was the July 2019 issue. After describing several ways to save money by making preparations for Christmas during the summer, he concluded: "Above all, not only during the Christmas season but for the next six months, remember that our Heavenly Father poured out all of heaven in one eternal gift — His Son, Jesus Christ. And through that blessing over 2,000 years ago, we benefit from numerous gifts, such as the gift of forgiveness, the gift of fellowship with Him, and the gift of eternal life through His Son’s sacrifice on Calvary. Beginning this July, make it a point to share the most amazing gift of all—the good news about Jesus."

His memorial service will be held on Sabbath, August 3, at 4 p.m. in the Carmichael church, 4600 Winding Way, Sacramento. The Botting family requests that, instead of sending flowers, friends of Gordon Botting make a donation to furnish the Wesley ACS center. (Please select the Dominica program, and write in the comments section: "Gordon Botting remembrance — Wesley Community Services Center.")

On behalf of the employees and members of the Northern California Conference, we want to express our appreciation for the ministry of Gordon Botting and send our condolences to Margaret and the entire Botting family.

He will be missed.

This article was written by Julie Lorenz and originally published by the Northern California Conference of Seventh-day Adventists and is reprinted here with permission. Image courtesy of the NCC.