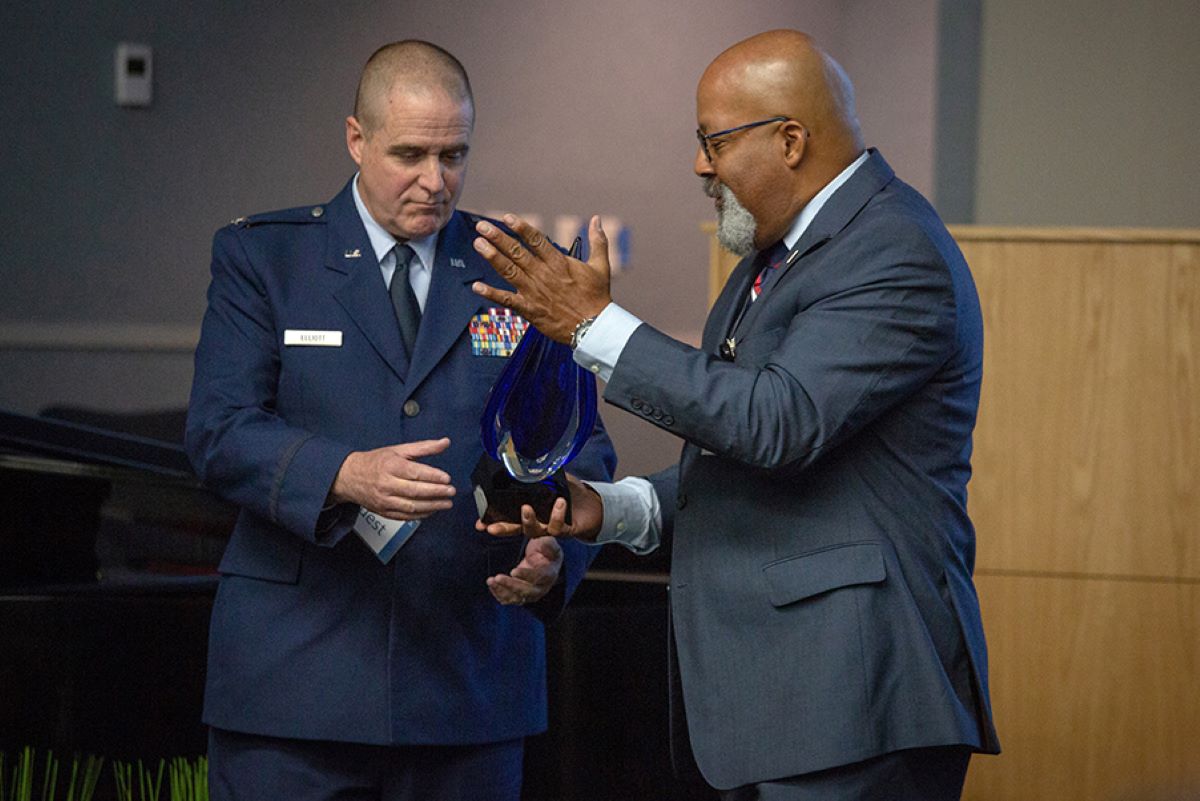 Adventist Chaplaincy Ministries of the North American Division recognized Chaplain John Elliott of the United States Air Force on July 3, 2019, for his recent promotion to colonel. He is only the second Seventh-day Adventist Air Force chaplain to achieve the rank—the first was Chaplain David Buttrick, who was promoted in 2017.

“Adventist Chaplaincy Ministries is proud of our chaplains who have milestone events. We have a Flame Award we present to military chaplains when they achieve the rank of colonel or upon their retirement ... Chaplain Elliott is not retiring. In fact, he's at an apex of his career,” said Paul Anderson, director/endorser of Adventist Chaplaincy Ministries, during a special ceremony at the division’s headquarters in Columbia, Maryland. 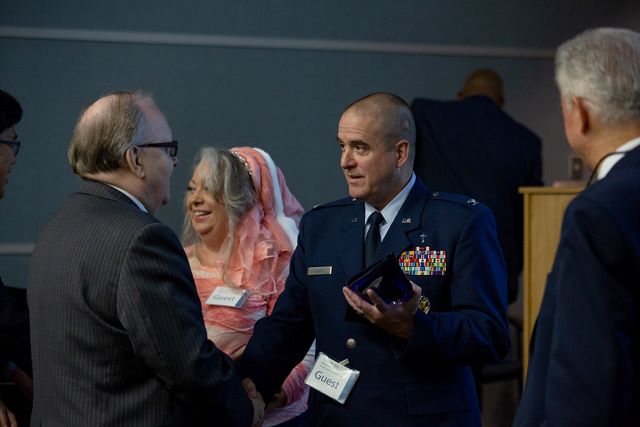 Air Force Chaplain John Elliott and Kate, his wife, are greeted by Daniel R. Jackson, NAD president, and other division leaders at the conclusion of the chaplaincy award presentation.

“It's a privilege to be in ministry, serve our country, and be a minister for those who serve our country, whether it be soldiers, sailors, airmen, or Marines. It's been a great honor,” said Elliott upon accepting the award. “One of our primary [roles is to] provide the free exercise of religion. That means everybody in uniform gets to worship God the way they believe that they need to worship God. That means Seventh-day Adventist as well.”

This article was written by Mylon Medley and originally appeared on the NAD website.