In Mexico, Thousands of Adventists Clean the Streets in Chiapas

In Mexico, Thousands of Adventists Clean the Streets in Chiapas 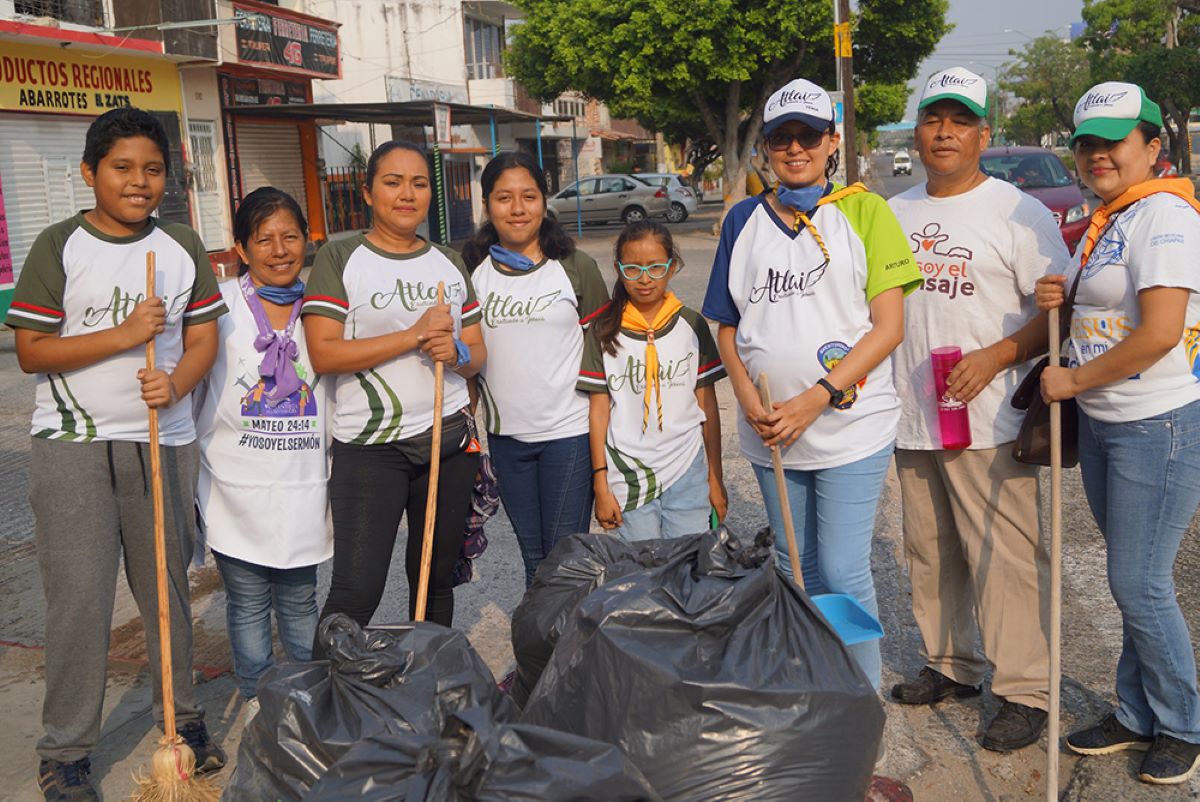 More than 5,000 Seventh-day Adventists in Tuxtla Gutierrez in Chiapas, Mexico, cleaned streets in support of the city’s “Let’s Clean Tuxtla” initiative. Thousands of children, young people, and adults from dozens of Adventist Churches in Tuxtla, woke up early on Sunday, Apr. 28, 2019, to sweep, clear debris, and collect trash in four areas near the city’s main road, Belisario Dominguez Boulevard. 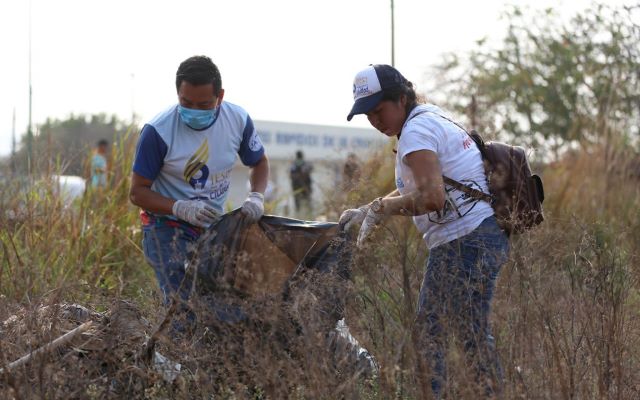 Young people clean fields and empty lots in the city as part of the day’s activity.

“For Seventh-day Adventists, the environment in which we live in is very important so that’s why as church members we try to get involved in these types of projects,” said Pastor Daniel Torreblanca, communication director for the church in Chiapas and one of the main organizers of the event.  “A clean city, is a happy city, hence, it produces happy and healthy citizens.”

Torreblanca said it was important to join the city’s initiative to clean and beautify the city as a way of raising awareness and getting citizens more involved.

Consuelo Anahí Ruíz Cruz, secretary of the environment and urban mobility of Tuxtla Gutiérrez, thanked the Adventist Church on behalf of the city leaders for such a large impact across the city. “We would not be able to carry out this initiative of ‘Let’s Clean Tuxtla’ without the support of your [Adventist] churches,” said Ruíz. The Adventist Church has been the largest religious organization to support the initiative so far, said Ruíz. 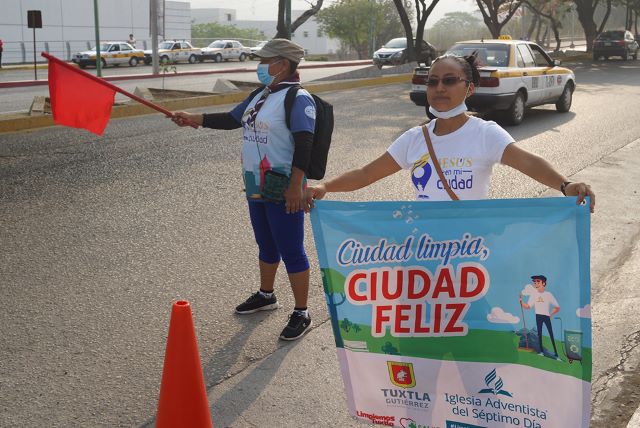 One member holds up the sign which reads “Clean city, happy city,” as part of promoting the city’s initiative to keep the city clean.

Ruíz explained that the initiative is also crucial in preparing the city for the rainy season which covers storm drains and prevents the high risk of diseases such as dengue, zika and chikungunya.

As members finished the cleanup, they gathered at the Tuxtla Gutierrez Central Park where they thanked God for the impact of the activity and shared testimonies of what they experienced during the day.

Adrian Ramos of the Adonai Church said he was so happy to be part of the clean-up crew and to demonstrate how to care for the environment as a Christian. Ramos said many people approached him and asked what the group was doing and how the activity came about.

“One lady in particular was impressed after I explained what we were doing and she gave me her contact information because she not only wanted to be part of such activities run by the church but wanted to learn more about Who we believe in as a church,” said Ramos. 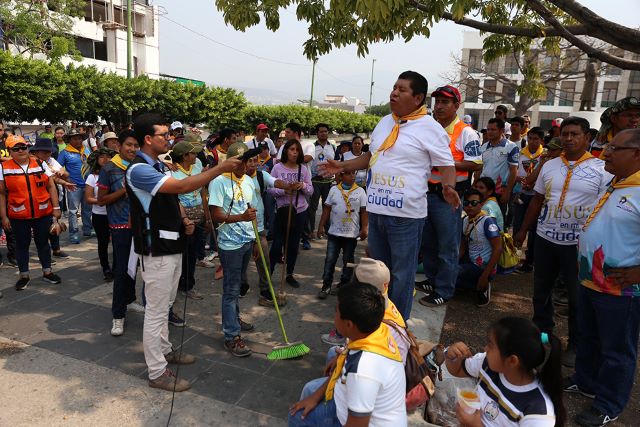 A group gathers at the Tuxtla Gutiérrez Central Park to talk about their experience after cleaning up the city on Apr. 28, 2019.

For church leaders in Chiapas, the event was just one of many activities scheduled for this year focused on healthy living among church members and communities throughout Chiapas. Last year young people held numerous community outreach activities to clean cities and towns and share hope through an initiative coined as “Jesus in my City”.

The 147 Adventist churches and congregations will continue to take part in keeping Tuxtla Gutiérrez clean, once per quarter this year. In addition, church members in the three local church fields in the city have adopted one park to beautify and in which to hold cultural and community outreach activities throughout the year, Torreblanca said.

Other activities planned for this year designed to promote healthy living throughout Chiapas include marches, health expos, sports events, and more.

Adventists pick up trash in Tuxtla Gutiérrez during the day’s activity.

The Seventh-day Adventist Church in Chiapas, Mexico, has more than 246,000 members worshiping in 3,159 churches and congregations.

To learn more about the Seventh-day Adventist Church in the Chiapas Mexican Union, visit umch.org.mx

This article was written by Uriel Castellanos and originally appeared on the Inter-American Division website.