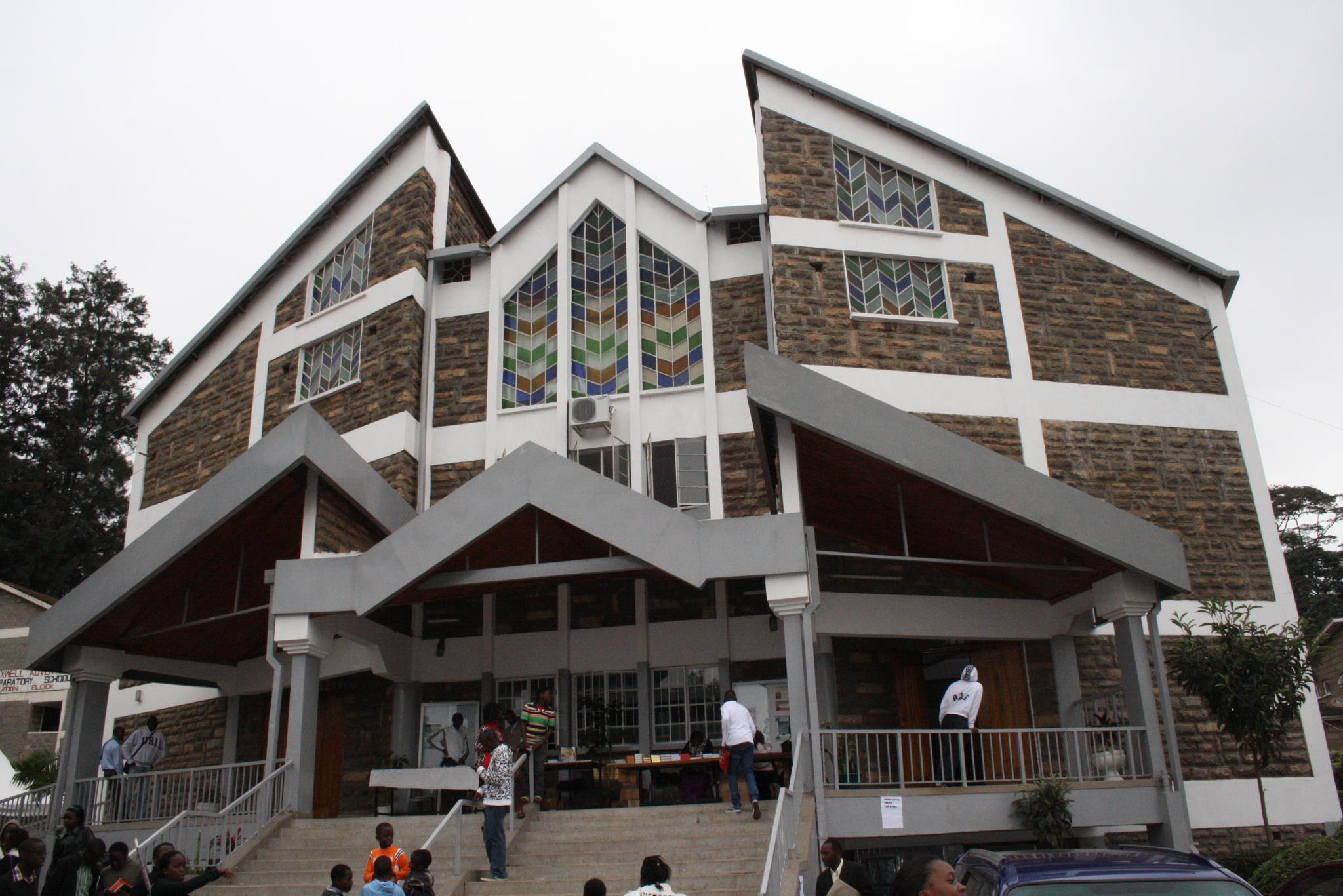 Members at Nairobi Central Seventh-day Adventist Church Seen on Video in Fistfight. Unconfirmed reports indicate that worshippers at the Nairobi Central Seventh-day Adventist Church in Kenya engaged in a fistfight. A meeting had been scheduled to discuss a group that is seeking separation from the church. In video footage, a group of men are seen standing at the pulpit. A push and pull situation ensues as worshippers walk to the podium amidst shouts and cries. Reports also indicate Head Pastor Jean Pierre Maywa was roughed up during the incident. The Church is yet to make an official statement on the matter. A group known as the Nairobi Cosmopolitan Conference (NCC) had gone to court to challenge the church leadership. However, it lost the case, prompting the church leadership to have a crisis talk on the way forward. In December last year, elders locked the offices of the two pastors. It took the intervention of the Central Kenya Conference (CKC), using officers from the neighboring Nairobi Area Police Station, to help the two pastors regain access to their offices the following day.

Later on, a letter written by First Elder Enock Kinara and copied to the General Conference of Seventh-day Adventists based in the United States, said the two pastors had failed to reconcile despite several interventions. In January this year, wrangles in the church intensified prompting Ted Wilson, the President of the General Conference, to release a message on Twitter. “Please join me in praying for the leadership of the East-Central African Division – President Blasious Ruguri, Secretary Alain Coralie, and Treasurer Jerome Habimana.” The church’s head elder responded to Wilson: “Yes elder Wilson that’s my division and leadership here is divisive. Pitting brother against brother, planting negative ethnicity. Central Kenya Conference is on the spot right now. Much prayer is needed for the largest church in the division: Nairobi Central church.”

Tennessee Semi-retired Adventist Nurses Lead "Diabetes Reversal" Seminars. Karen and Steve Wickham are white-haired, semi-retired Adventist nurses who have dedicated their lives to what they call "diabetes reversal." They have been offering six-week seminars to Type 2 patients in Grundy County, Tennessee. Karen says, "Our purpose in life is to try to help make a difference — first in our community." With slide presentations, the Wickhams explain the difference between sucrose and glucose and the science behind the fact that foods like potatoes spike blood sugar, while sweet potatoes do not. They preach eating as much fiber as a stomach can stand and dropping almost every kind of sweetened beverage. Then they demonstrate ways to burn all those calories. On one evening, Steve invents the "Beersheba Boogie" on the spot, asking participants to raise their knees and pump their fists in place. All these people will have to find a way to get active at home because there is no gym anywhere close. There is not a proper grocery store nearby either, so healthy cooking can become a real chore. These community-wide obstacles reveal why it can be a struggle for people to maintain their health in rural America. But the Wickhams are working to overcome those barriers. "I think God holds us responsible for living in the middle of these people and doing nothing," Steve says. The couple just sold their retirement home so they can say yes to all the invitations they have received, mostly through Seventh-day Adventist groups, to present their program to other communities around the United States. From NPR, “2 Nurses In Tennessee Preach 'Diabetes Reversal’.”

The four-week workshop introduces children to investing and wealth-building. The idea came to London-Crooks two years ago in the same building where she now hosts the Rockland classes: Berea Seventh-day Adventist Church in Nyack. As a Bible-study teacher, London-Crooks said she would occasionally ask the children questions about finances. "They didn't know what the value of money was," said London-Crooks. "They didn't know what a mortgage meant or what a credit score was. They didn't know what a line of credit means, and I had an interest in educating them." She said her goal is to help youth understand the value of a dollar — fulfilling parents' dreams — so they can make better money choices for their futures. Financial literacy is not a fun summertime topic, London-Crooks admits, so making it interesting enough for children was a hurdle. "I found that games make it fun," she said. "I do card games, memory games, board games, scenarios, using actual money."

Her one-and-a-half hour courses tackle two main areas of finances: savings and investing. Oakview Principal Eric Imbert liked the idea of teaching students about personal finance when he heard London-Crooks discuss it at a PTA meeting. "It's important for them to learn money management because that will help them in life," he said. Joanne Bernadeau, who attends the Nyack church, said she thought the workshop would be perfect for her 12-year-old son, Kyle, who was already showing interest in money. From lohud, “Rockland parent wants to get kids to develop that 'millionaire mindset'.”