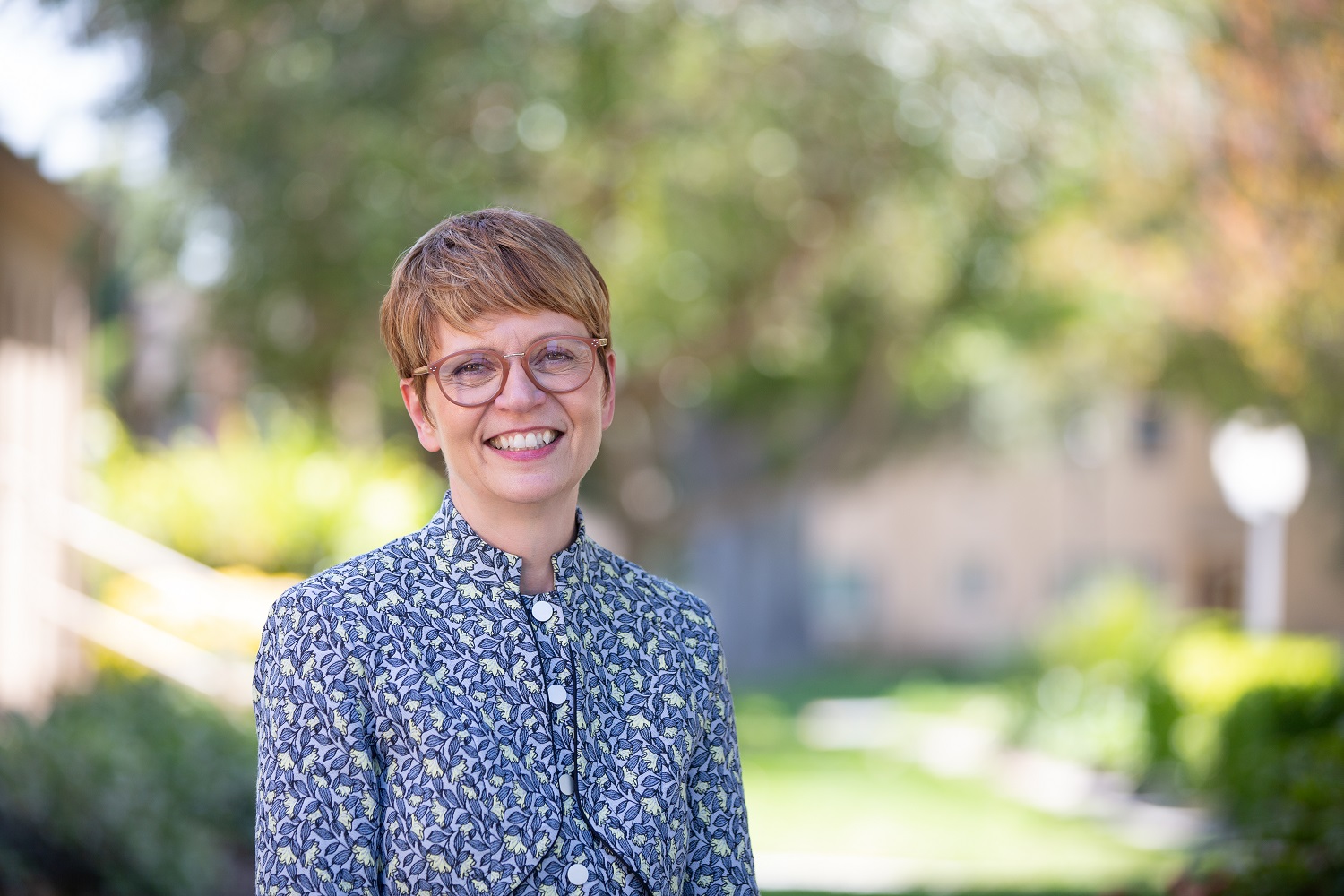 RIVERSIDE, Calif. – The La Sierra University Board of Trustees today announces the selection of a new leader to take the university’s helm as President Randal Wisbey enters retirement at the end of June.

In a vote on May 29, and following a search process in compliance with board policy, the university trustees elected Dr. Joy Fehr, La Sierra’s provost, to serve as the university’s next president. She will take office effective July 1. Dr. Fehr has held the provost’s position since 2016 following one year as associate provost. She arrived at La Sierra University from Burman University in Alberta, Canada where she served as vice president for academic administration from 2010 to 2015.

The presidential search committee formed in February following Dr. Wisbey’s announcement of his retirement the preceding month. The committee, chaired by university trustee and Pacific Union Conference Director of Education Dr. Berit von Pohle, consisted of faculty, staff, student, and alumni representatives, members of the board of trustees, and two non-voting members. The search process began with stakeholder focus group meetings through which candidate selection criteria were developed. A job posting distributed through various mediums around the North American Division of Seventh-day Adventists garnered 32 candidates, including several from other countries.

After a four-month vetting process and 30 hours of meetings, the search committee presented their top selection to the Board of Trustees for their vote.

“The Board of Trustees believes Dr. Fehr is the best person available to La Sierra University at this time based on her qualifications, demonstrated experience, and the support of organizational and academic stakeholders,” said La Sierra University Board of Trustees Chair Ricardo Graham. “The search committee prayerfully went about its work under the expert leadership of Dr. von Pohle. The process was systematic with all candidates evaluated equally under the same criteria. These principles were compiled based on the valuable input the search committee received from stakeholder meetings held prior to the start of the search process. The board stands in full support of Dr. Fehr.”

Graham, who has been involved in executive selection processes for numerous other Adventist institutions commended Dr. von Pohle for leading a “well thought out, well executed” search. “The people were willing and God was present to bring us to a decision. This truly was a very well done search,” he said.

Dr. von Pohle was impressed, she said, by Dr. Fehr’s interest in transitioning from the university’s chief operating and academic officer to its “chief storyteller. Dr. Fehr expressed great excitement for and passion about La Sierra, and that it has been a privilege to be a part of the university.”

La Sierra University Faculty Senate Chair Dr. Leslie Martin who served on the search committee stated, “I am excited by Joy's vision for the future of La Sierra University and look forward to working with her through the shared-governance process to make the coming years some of the best yet,” she said. “Dr. Fehr's leadership style — addressing issues head-on, with data and policy to guide her is exactly what La Sierra University needs at this time. Add to that her broad base of experience and warmth of character, and we have a president-elect ideally suited to both shape and share the La Sierra story."

David Geriguis, La Sierra University’s vice president of financial administration and a non-voting member of the search committee added, “Dr. Fehr is a very capable academic leader who understands the ever-changing higher education landscape. Her leadership abilities, vision, and love for Seventh-day Adventist Christian education are attributes that will serve her and the university well.”

Dr. Wisbey, who is exiting the university presidency after a 12-year tenure, stated, “Dr. Joy Fehr is an outstanding leader. Our university has been blessed by her clear-eyed vision, her passionate support of our students, faculty and staff, and her commitment evidenced by embracing our La Sierra story. I believe she will be instrumental in guiding the university into an ever-expanding role of influence and success.”

In her current role as provost, Dr. Fehr created the Senior Leadership Team of academic leaders and university executives. The group has created a roadmap for growing the university’s enrollment and increasing net tuition revenue over the next three to five years. In support of the team’s work, she has led in the creation of the Strategic Enrollment Planning Council through which programs will be added and current programs evaluated based on a data-informed process.

Dr. Fehr’s roles at Burman University, previously known as Canadian University College, included serving as dean of its arts division and as an award-winning English professor. Prior to her academic career, she served as co-owner and vice president of Fehr West Industries Ltd., a mechanical mobile repair business, where she was responsible for key business decisions.

Her contributions to Adventist higher education include continued service on the North American Division of Seventh-day Adventist Church Higher Education Collaboration Taskforce, continued membership with the Association of Adventist Academic Administrators, and upcoming service in January with an Adventist Accrediting Association visiting team. She has held many roles in Seventh-day Adventist Church service from church board membership to Vacation Bible School leadership, to women’s retreat speaker and La Sierra University chapel and worship presenter, to church elder.

Dr. Fehr holds undergraduate and graduate degrees from the University of Calgary, including a Ph.D. in English Literature. She lives in Riverside with her husband, Cornelius. In response to the news of her appointment Dr. Fehr commented, “As La Sierra University moves into the future, I look forward to discovering with the campus community how we can continue to ensure our students are best served, best educated and best prepared to be positive change agents — the conduits of God’s grace in their worlds.

I’m excited about the opportunities that we will have to discover how we can best support our staff and faculty as they continue to nurture our diverse communities both on and off campus and build their skills as service providers, educators, and knowledge makers.

Together we will grow La Sierra University well into its second century. I am grateful to be a part of the campus journey in this place, our home.”