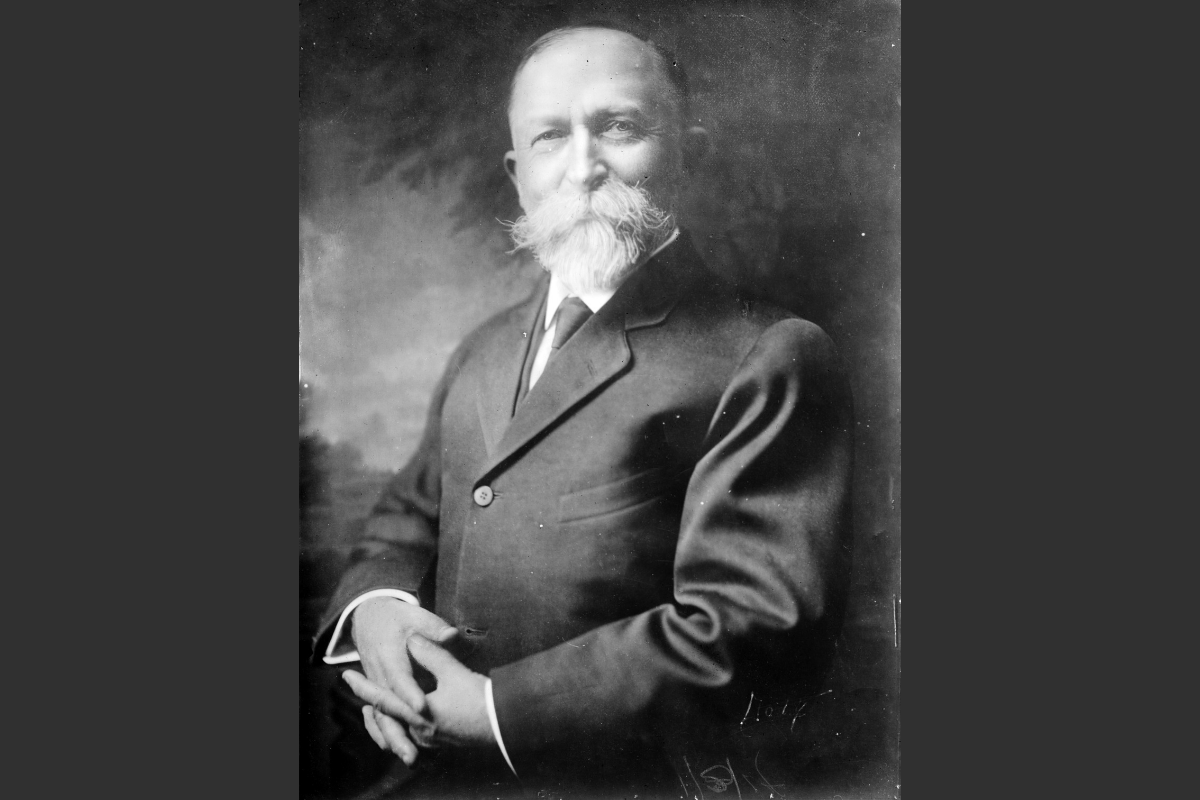 On March 30, 2019, at a meeting of the Michiana Adventist Forum, the Berrien Springs, Michigan, chapter of Adventist Forum, Dr. Ronald Numbers, retired history professor from the University of Wisconsin-Madison, gave a presentation entitled “John Harvey Kellogg: His Lives and Obsessions.” Numbers shared excerpts from his yet untitled forthcoming biography of Dr. Kellogg to be published by Harvard University Press.

Given the fact that two recent biographies of Kellogg already exist (Richard W. Schwarz, John Harvey Kellogg, M.D., Southern Publishing Association, 1970, 256 pp., and Brian C. Wilson, Dr. John Harvey Kellogg and the Religion of Biologic Living, Indiana University Press, 2014, 241 pp.), is there a need for another one? The answer is Yes because of new sources, a more balanced viewpoint, and a broader scope.

Schwarz’s biography was primarily based on sources found at six archives: the Race Betterment Foundation, the Ellen G. White Estate, Battle Creek Sanitarium, Battle Creek Food Company, Loma Linda University, and the University of Michigan (Ann Arbor). Wilson examined manuscript collections at eleven different archives; furthermore, he footnotes 279 books and articles. Numbers did his research in two dozen archives and libraries, including the recently opened “Fraud Files” at the American Medical Association archives; therefore, we may expect that his book will be based on a broader, more detailed contextual foundation.

As Chair of the History and Political Science Department at Andrews University and a life-long Seventh-day Adventist who believed in the divine inspiration of Ellen White, Schwarz’s biography defends Mrs. White’s visions and testimonies as the correct view of things in every case where she and Kellogg conflict. Wilson, a non-Adventist Christian and a professor in the Department of Comparative Religion at Western Michigan University, focuses on Kellogg’s changing religious views from Adventism to eugenics. As a scholar who does not believe in White’s divine inspiration, his coverage of Kellogg’s conflicts with Ellen White are even-handed and unbiased. As a former Adventist turned agnostic, Numbers’ forum presentation seemed to indicate that his forthcoming biography will probably present both antagonists’ viewpoints while largely favoring Kellogg’s view, especially on medical matters.

In his shorter biography, Schwarz shared anecdotes and stories about Kellogg’s life (childhood, youth, marriage, and medical career), his stormy relationship with Ellen White, and his final break with the Adventist Church. By contrast, Wilson focuses primarily on Kellogg’s physiological and medical ideas and innovations, his theories regarding biologic living, his teachings in the book The Living Temple, and his efforts to promote eugenics through the Race Betterment Foundation. Kellogg’s break with Adventism is covered in one short chapter. Numbers’ book, which will be far more comprehensive than either Schwarz’s or Wilson’s, will describe in greater detail Kellogg’s childhood and youth, his prolific writing endeavors, his bizarre views on human sexuality and masturbation (from his book Plain Facts on Sex), his efforts to advance education, his activities in behalf of African Americans and Native Americans, whether The Living Temple was pantheistic or panentheistic, his evolutionary views later in life, and his relationship with various Adventists after he was disfellowshipped in 1907.

Based on Numbers’ forum presentation, readers of his book will also find previously unknown tidbits in its pages: that Kellogg sold 50,000-100,000 health almanacs every year; that he performed a hysterectomy on his fiancée Ella and that they slept in separate bedrooms after marriage; that he trained 75 African American nurses and doctors and adopted several black children; that he may have grafted some of his own skin onto Sojourner Truth’s diseased body; and that he flatly turned down president Frederick Griggs’ 1924 invitation to come to Emmanuel Missionary College to celebrate the 50th anniversary of Battle Creek College.

As he concluded his forum remarks, Numbers stated that medical professionals viewed Dr. John Harvey Kellogg toward the end of his life as an “influential but problematic member” of the medical fraternity. Within Seventh-day Adventism as well, a friend once described Kellogg as both “the kindest and the meanest man I ever knew.” For over a century and a half, Adventist scholars have struggled to understand this figure who, in many ways, represented the Dr. Jekyll and Mr. Hyde of Adventism. It is to be hoped that Ron Numbers’ forthcoming book will shed much new light on the contributions and conflicts of the man who in the 19th century was one of the three most prominent physicians in the United States (in addition to the Mayo brothers).

Brian E. Strayer is Professor Emeritus of History at Andrews University. This paper was originally presented for the Michiana Adventist Forum on January 12, 2019, and is reprinted here with permission.