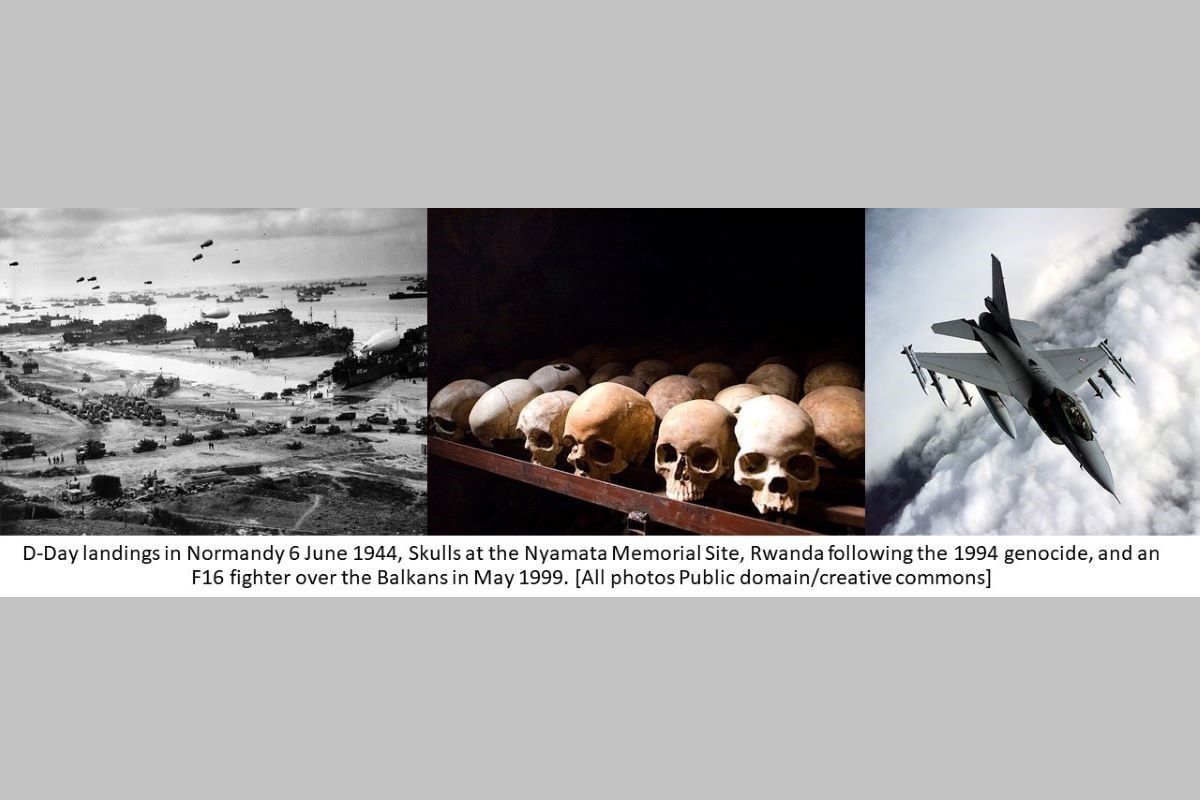 It is a world of sad anniversaries. It is 75 years this week since the D-Day landings when allied troops began the long haul across Europe to push back Hilter’s troops. It was 20 years last month since the NATO bombing of the Chinese embassy in Belgrade during the Balkans crisis, and just 25 years ago Rwanda was in the midst of 100 days of slaughter and genocide. These histories still haunt us today.

As we remember the approximately one million Rwandans who were slaughtered by their neighbours and fellow citizens we ask, “How can such an outburst of undiluted evil ever be explained?” Like all evil, there is no real sense to be made of it, but the influence of theories about race and a view of ‘the other who is different’ is alien to the principles we find in the biblical record.

As a church, we have to wrestle with the fact that there were many who claimed to be Christians—even some ordained to the gospel ministry and placed in leadership positions—whose actions were in stark opposition to the call of Christ. In at least one case, a doctor slaughtered people seeking refuge in one of our hospitals. How can Christians forget our own humanity, and that our brothers and sisters are also created in God’s image? Can we even call ourselves Christians if we forget that, as the Apostle Paul wrote to the Galatians, “There is neither Jew nor Greek, there is neither bond nor free, there is neither male nor female; for ye are all one in Christ Jesus” (Galatians 3:28)

In the midst of horror too awful for the human mind to truly comprehend, there were some who did remember the biblical teaching about equality and the value of human life. As we reflect on the tragic failure of humanity represented by genocide, let’s not forget to celebrate the heroism of the Muslim man and the native healer woman who famously saved many people from slaughter. There were many others (See Portraits of Heroes).

Most famously, for Seventh-day Adventists, was Carl Wilkens, the ADRA Country director who chose to stay in Rwanda, and was the last American there as the slaughter proceeded. Without any human support to back him up, he confronted the leaders who orchestrated the genocide. God’s power working through him saved many lives. But it turns out that the Creator didn’t only have human heroes to call on during the genocide. The story of one of these other heroes is the subject of a short film being released in the lead up to Creation Sabbath, which falls on October 26 this year. The poignant story told in the film, Makasi-Courage, is told by Janvier Nsimyimana, a genocide survivor and student at the Adventist International Institute of Advanced Studies in the Philippines. The producer is another student, Samson Bush Maldonado, who recently graduated. Discover that when humans forget their own humanity, God can still use His creation to reveal His love.

This is just one story of courage – but as, on 15 June, we participate in World Refugee Sabbath, we remember thousands of people who have, as the Bible describes, “shown hospitality to strangers.” (Hebrews 13:2)

Hospitality is the theme for World Refugee day 2019 as we focus on destination countries and tell stories of hope, healing and acceptance that are changing the lives of millions of displaced people. Find out more how you can participate by visiting adra.eu/refugees.

Watch the trailer of the documentary film that will be released on 15 June here:

The story of Makasi-Courage is also a big reminder of our biblical origins and that we, as humans, were created in God’s image. That is a key reason why the Seventh-day Adventist Church has designated the 4th Sabbath of every October as Creation Sabbath.

This is an important annual reminder because, when we forget that humans were created in God’s image (Genesis 1:26) and that each one of us is the subject of His infinite love, the God who notes each sparrow that falls (Luke 12:6,7), we are more likely to be tempted by the evil, dividing forces of this world, the forces that lead to biogrty, racism and even genocide.

This is why God wrote in stone that we should remember the Sabbath Day to keep it holy (Exodus 20:8), because by doing this we remember that He is our Creator and Redeemer; that each person from the least to the greatest is equal in His eyes. In Christ there can be no genocide, it can only happen when we forget our Creator.

For more information about the joy-filled celebration of Creation Sabbath, visit creationsabbath.net. Additional information will be added to the site as more ideas and resources are made available. You can also find out more by following the Geoscience Research Institute on Facebook.

This article was written by Tim Standish and originally appeared on the tedNEWS website.