A Ghanaian Adventist Luminary Passes to His Rest

A Ghanaian Adventist Luminary Passes to His Rest 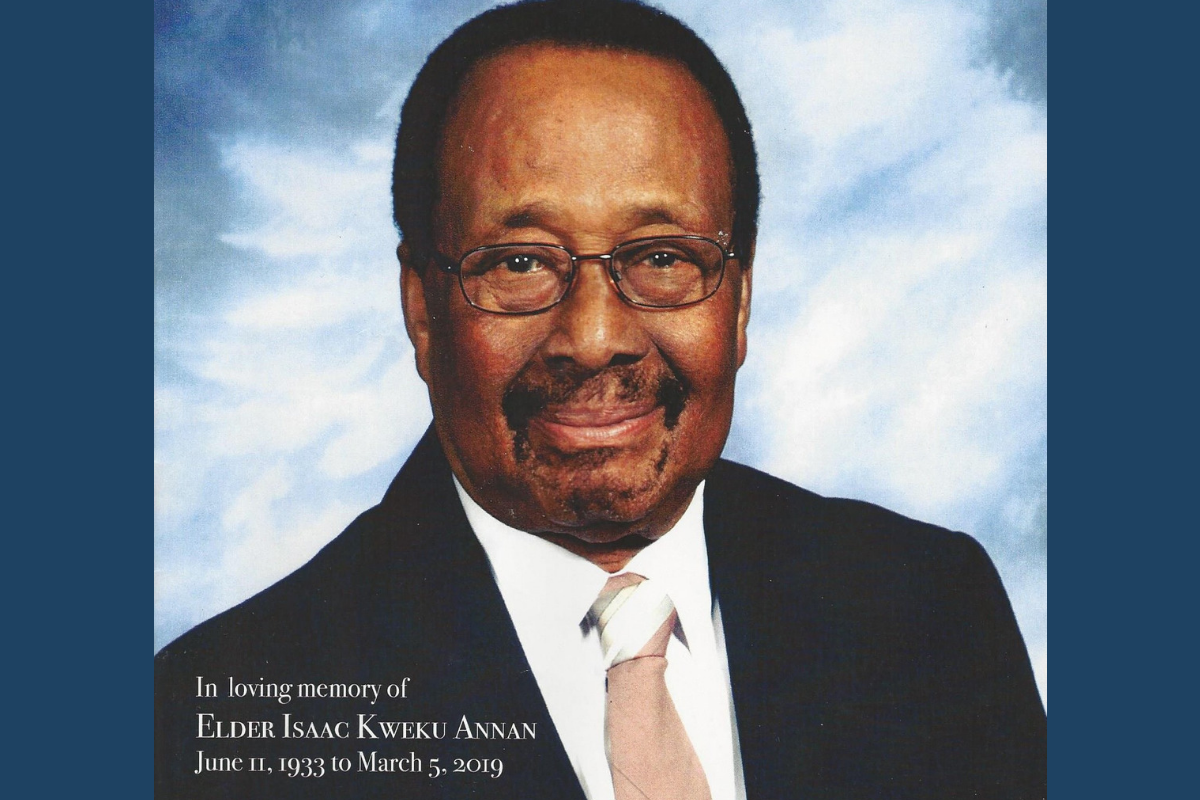 Written by:
Matthew Quartey
Published:
May 3, 2019

Over the April 27-28, 2019, weekend, a stream of Ghanaian Seventh-day Adventists from at least three continents convened in Berrien Springs, MI, to pay their last respects and bid good byes to the man known simply as Master. His official name was Isaac Kweku Annan, the great-grand nephew of William Dawson, considered in some accounts to be the first Euro-American-Ghanaian Seventh-day Adventist.

No one seems to know how the title, Master, became Elder Annan’s only identifier. There is that the reference dates to his early 30s when he was, for a brief period, the Headmaster of an elementary school in the Kumasi metropolis of Ghana. Others dispute this. However it’s origin, the Master stuck, and for the major part of his adult life, especially within Ghanaian Adventist leadership circles, he was known only as and called Master, no surname needed. At his funeral service on Sabbath evening at the Village SDA Church, over 600 Ghanaian Seventh-day Adventists were in attendance and listened as church leaders, family, and friends paid tributes to their illustrious son.

Among those who praised Master was Pastor Matthew A. Bediako, the former Secretary of the General Conference of Seventh-day Adventists. He wrote that he was Master’s pupil in elementary school and doubled as cook to both Master and Master’s bosom-friend and Elder Bediako’s older brother, TA Bediako. Until “they got tired of my cooking and decided to get married.”

Dr. Kwabena Donkor, Associate Director of the General Conference Biblical Research Institute, recalled his student days at the University of Science and Technology (now Kwame Nkrumah University of Science and Technology) where Master was the Deputy Registrar of the School of Medicine. Kwabena highlighted Master’s humility and his effortless ability to make everyone, regardless of age or social class, feel at ease in his company, as his most charming attribute.

So who was this man and what made him so endearing to Ghanaian Adventists across the spectrum? Master was an academic with degrees from four universities – Leeds and Manchester in the United Kingdom, Wisconsin-Madison in the United States, and Cape Coast in Ghana. He left the classroom and became a University Administrator. He was Registrar in two universities in Ghana and another in Nigeria.

Master spoke the Queen’s English, fluently, and many Ghanaian languages, which positioned him well in translating songs from Adventist hymn books in English into Twi, the most popular Ghanaian language. The product of this effort was Akwanhwefo Nwom which became the seminal translation that was later developed by the Ghana Union of Seventh-day Adventists to the current Memenda Akwanhwefo Nwom.

Master was truly a man of the world. His decision to be buried in Berrien Springs, his final earthly address, speaks to his oft stated assertion that “no earth despises the dead.” He is survived by his children and grandchildren. As Elder Bediako observed in his tribute, “Master served his God and his church in his generation, well. Until then, may his life be an inspiration to our service in this life.” Da yie! Nyame ba.

Image courtesy of the family.