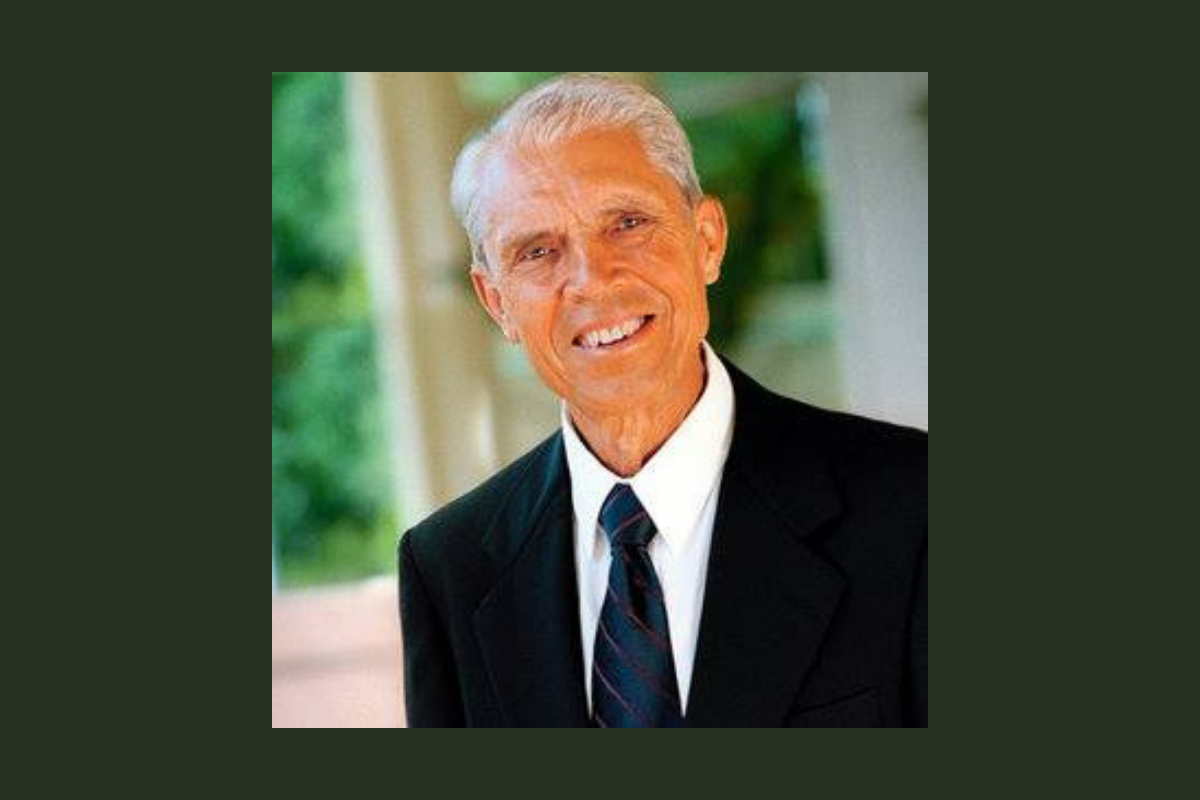 In a public Facebook announcement on his profile page, Ford’s wife, Gillian, shared the following message:

My beloved Des died this morning at St Mary's Aged Care home shortly before 1:15 a.m. I was with him, and he died peacefully after a few very difficult months. The staff at the home all told me they had never met anyone so polite, so thankful, so courteous. He had great gifts and abilities but when they were stripped away, the purity and goodness of his soul shone out. He was a man always in a hurry, driven by a mission to serve God and proclaim Christ. He would urge you to take up the work he has laid down. As many of you know, he would say, Meet you here, there or in the air. He has gone ahead of us. And the world is a far colder place.1

Ford was born on February 2, 1929 in Queensland, Australia. A popular professor at Avondale College, Ford became a prominent figure in Seventh-day Adventism for his critique of the church’s teaching on the Investigative Judgment and subsequent dismissal from Adventist ministry in 1980. He then established Good News Unlimited, a non-denominational ministry, which has as its core mission “sharing the assurance of salvation to everyone.”2

In the 25th anniversary issue of the Spectrum journal (December 1994), editor Roy Branson called Ford one of the five most influential Adventists of the past 25 years and a “herald of gospel theology.” Below is an excerpt, and we invite you to read the full article in our archives:3

Over the past 25 years, Desmond Ford, more than any other one person, made Adventists care passionately about theology. Even before this period, Ford, following in the footsteps of his teacher, Edward Heppenstall, assured Adventists that their salvation was certain not because of their own works, but because of Christ's work on the cross. By the 1970s, Desmond Ford was also raising questions about the traditional Adventist understanding of Christ's activity in the heavenly sanctuary — investigating and judging the lives of humans.

Born in Australia and early in life a successful journalist, Desmond Ford became an Adventist minister and teacher, earning doctorates in speech from Michigan State University and in New Testament from Manchester University in the United Kingdom. For years he trained all the Adventist ministers in Australia and New Zealand. He also taught at Pacific Union College. Since Ford's 1981 disbarment from the Seventh-day Adventist ministry (he remains a member of the denomination), he has continued, through the Good News Unlimited ministry he established, to preach on radio and television, write books, and hold seminars for Adventists and evangelical Christians generally. Two of his better-known books are The Forgotten Day (1981), a defense and theological exploration of the seventh-day Sabbath, and Crisis, Vols. 1 and 2 (1982), on the book of Revelation.

Ford's views have spread throughout the Seventh-day Adventist Church. While his understanding of the sanctuary has not swept all before it, Ford's preaching of righteousness by faith — the good news he proclaimed to conscientious Adventists that they do not need to bear the enormous burden of earning their way to heaven by ever more minute observance of the law — has become a part of the warp and woof of Adventist preaching and teaching. Thousands of Adventist teachers and pastors, whether or not they express appreciation for Desmond Ford, follow his emphasis on the cross and righteousness by faith as central to Adventism.

Ford was a prolific author, penning around 30 books and numerous articles. He was a frequent contributor to both the Spectrum journal4 and our comments section, and we greatly appreciated his thoughtful and thought-provoking contributions over the years. We invite you to visit our journal archives and read more by and about Des Ford by clicking here.