Don C. Schneider, a “Friend of Jesus,” Passes to His Rest

Don C. Schneider, a “Friend of Jesus,” Passes to His Rest 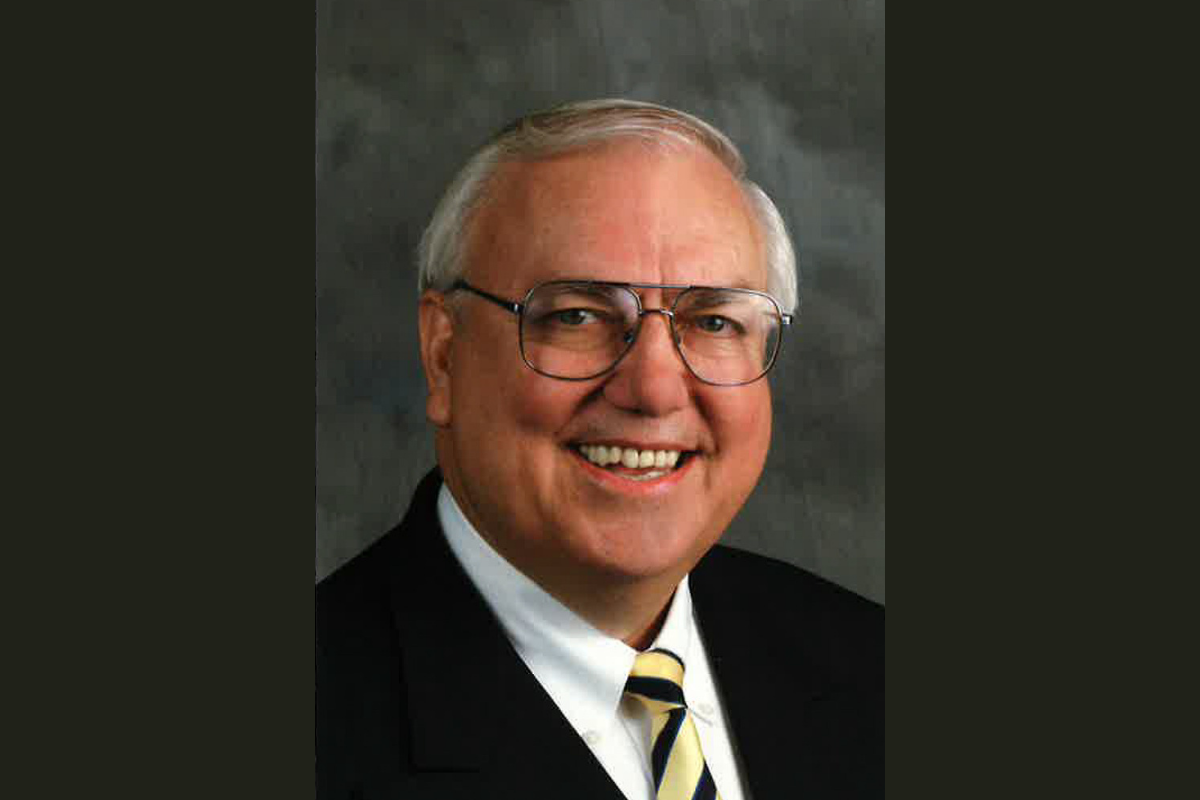 Don C. Schneider, former president of the Seventh-day Adventist Church in North America (NAD), passed away in the morning on May 23, 2019, in Burleson, Texas. He had been living with Marti, his wife and partner in ministry for almost 50 years, in Cleburne. He was 76.

Schneider served as NAD president for 10 years. He was elected to the office in 2000 at the General Conference Session in Toronto, Ontario, Canada, after serving as Lake Union Conference president from 1994 to 2000.

“Don was ‘the Jesus man.’ There is no more eloquent statement that can be made,” said Daniel R. Jackson, current NAD president. “He travelled throughout the NAD and the world declaring that Jesus was his best friend. His loss will never be equated with being forgotten. He was a ‘one of a kind’ man and leader.”

While Schneider was president he hosted “Really Living,” a weekly television program on the Hope Channel where he’d present inspirational stories about the lives of people who have personal relationships with Jesus and are experiencing the joy of living with Him. During the program, at least 160 separate interviews were conducted. In 2010, these stories were edited into book format and published in two books by Pacific Press under the same title. The TV program was also made available on DVD.

Upon retiring from the NAD, Don and Marti immediately went to “help out” at the Denver South Seventh-day Adventist Church in Colorado. The church’s pastor left, however, so they agreed to stay for a year. They remained for almost three years, with Don and Marti serving as pastors together.

Passionate about the Reformation and its history, the Schneiders led 42 tour groups across Germany (with some to Rome), visiting sites from the life of Martin Luther. Tour number 43 is still scheduled for 2020, to be led by Marti and their daughter, Carol. Schneider used his keen leadership abilities as he worked in various church administrative roles. He began his ministry in Arkansas-Louisiana. In 1969, the Schneiders were called to pastor in the Minnesota Conference. From 1970 to 1977, Schneider was a departmental secretary in the Oklahoma Conference, Oregon Conference, and the Central Union Conference.

“Marti was always his partner in ministry, but she also had her own responsibilities,” said Janet Aldea, long-time friend of the Schneiders and Don’s executive assistant. “Marti’s passion is church planting and church growth — reaching people for Jesus.”

While Schneider served in the NAD, Marti worked as the Shepherdess director (now the NAD’s Ministerial Spouses Association). In 2005, Marti joined the Adventist Mission of the General Conference (GC) as the director of programs while still coordinating NAD Shepherdess, SEEDS Church Planting conferences, and ChurchWorks conferences.

Schneider approached life and ministry filled with gusto. “I’m a person who loves Jesus, has a great time with life, enjoys every day,” he said in a 2000 interview with then Adventist Review editor William G. Johnsson.

In the interview, Schneider shared how his father, who had been a heavy drinker, met the head elder while building a furnace for the local Adventist church. He was impressed that the work was stopped to honor the Sabbath and all the congregants went to a very cold church the next day. His father bid on a furnace job for the head elder and ended up learning more about the elder’s faith and lifestyle. The elder conducted Bible studies at the Schneider home for a year. Then Schneider’s father started to visit the church. Eventually the family — Schneider, his sister, mother, and father — came to church. The entire family was baptized.

When he was a senior in high school Schneider recommitted his life to Jesus. Accused of being a hypocrite by another student, Schneider told Johnsson that he thought about it for a time. “Then one Friday night in Room 139 in the academy dorm I gave my life to Jesus,” Schneider said in the interview. His life also had a new direction: Schneider had decided to become a pastor.

In college at Southwestern Junior College in Texas, Schneider met Marti. The couple both graduated from Andrews and moved place to place, serving in ministry. Once their children were in school, Marti worked in various roles in ministry. Eventually, while at the NAD/GC, she coordinated the church planting conference SEEDS.

Schneider brought passion and joy to his work, and he made the effort to share that enthusiasm with those around him — in the field and in the office. He said to Johnsson, “I want the office to be a happy place where people love to come to work and all do the one job together. We’re all on the same team together; you may have a little different task than I do, but it’s the same kind of job.”

Hal Thomsen served as assistant to the president under Schneider from 1989-1994 at the Northern California Conference, and as assistant to the president from 2003-2000, during Schneider’s term as NAD president. “Don was one of a handful of administrators who never allowed the pressures of administration to crowd out his love and care for people,” said Thomsen.

G. Alexander Bryant, NAD executive secretary, shared that “Don Schneider’s greatest passion was to introduce people to his best friend, Jesus. He sought to model this to his colleagues in many ways, but one comes to mind: he routinely had block ice cream parties for his neighbors to try to show love and genuine compassion for them. I don’t know how he managed this with his hectic travel schedule, but he did. He truly lived what he preached….He was my friend; he will be missed.”

“It was a shock for Shirley and me to hear of the passing of Don Schneider,” said G. Thomas Evans, recently retired NAD treasurer. “I have known Don for many years and worked with him at the NAD Office for two and a half years. Don had a great memory and could work effectively with committees and in meetings from his vast knowledge. I will remember his fervent faith and his love for his friend, Jesus. Our prayers are with Marti and the family as they mourn their loss.”

Juan Prestol-Puésan, current GC treasurer and former NAD treasurer, said he had the pleasure of working with Schneider for nine years. “He was a man of impeccable integrity, and a balanced, spiritual leader who was always engaged with people and issues,” said Prestol-Puésan.

Condolences may be sent to 2345 Presidential Drive, Cleburne, TX 76031. In lieu of flowers, those who wish may give to the Worthy Student Fund of the Joshua Adventist Multi-Grade School at 1902 Conveyor Drive, Joshua, TX 76058.

This article was written by Kimberly Luste Maran and originally appeared on the North American Division website. Main photo courtesy of the NAD.