Decisions and Their Stories

Decisions and Their Stories 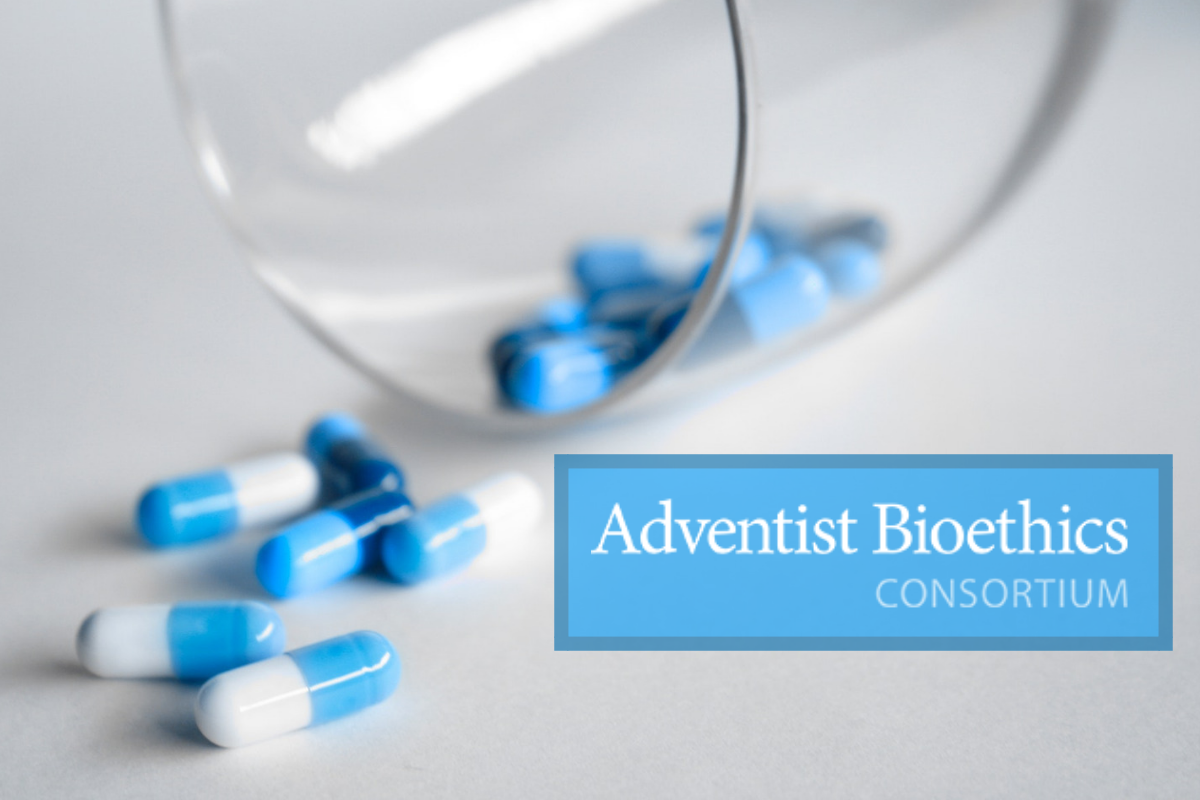 Ethics for the Whole Community, the 4th annual Adventist Bioethics Conference, brought a hundred people to Adventist Health’s new headquarters building in Roseville, California May 6-7. The Adventist Bioethics Coalition sponsored the conference and representatives came from each of the Seventh-day Adventist health systems in North America to address clinical ethics for urgent issues such as abortion or the opioid crisis, as well as share resources. There were discussions about how to strengthen ethical ties between the church and healthcare organizations, and interest in examining the theological foundations for ethics in Adventist healthcare.

Walla Walla University Professor Timothy Golden opened the conference with an address on social justice and human health. The story that he told to begin his address was about a little boy named Billy who was diagnosed with heart problems at the age of six. After surgery to repair his heart, he couldn’t run and play like other kids because of health restrictions. But at the age of 13, he received the good news that he was cleared by his doctor to play soccer. He signed up for the team, even though he still had some restrictions such as time limits on how long he could play. The coach for the soccer team knew Billy’s history, but he was also a strict disciplinarian who required all team members, no exceptions, to run laps — ten laps. Billy collapsed after lap six and later died. “When we ignore history, people die,” Golden said. It was a theme that he repeated throughout his lecture as he talked about the cultural component of health care being as important as the clinical component. “Problems in bioethics should not be done abstractly, he said. Golden’s insistence on the importance of history included his references to God. “If the Word does not become flesh, we cannot be saved,” he said. “If we ignore the humanity of God, we will ignore the humanity of people.” Golden’s phrase “when we ignore history, people die” caught on and was a reference point going forward.

Getting the details of a story, finding the who, what, and where within the why, shaped the conference conversations. One midmorning breakout session was convened by Peter Bath, DMin, MBA, vice president of Missions and Ministry at Kettering Health Network. The topic was Christian Moral Reflection and Health Inequalities and featured a presentation by Andy Lampkin, PhD, associate professor of Bioethics at AdventHealth University.

Lampkin focused on the issue of racial health inequalities in the United State. His presentation challenged the audience to confront the reality that “people of color face significant disparities in access to and utilization of care” as research by the Henry J. Kaiser Family Foundation shows. Lampkin led his audience through a series of foundational ethics definitions and questions before moving into a few stories. The most famous is the recent harrowing experience of the professional tennis player Serena Williams, who, according to The New York Times, the day after giving birth to her daughter experienced trouble breathing and assumed she was having another pulmonary embolism. However, her requests for a CT scan and a blood thinner were initially rebuffed by the health care team. Finally a CT scan showed several small blood clots in her lungs.

The article reported that, “For Ms. Williams, the clots were only the beginning of her complications. In the days after she gave birth, bouts of severe coughing — a result of the embolism — caused her C-section wound to open. She returned to surgery, during which doctors found a large hematoma, a collection of blood outside of the blood vessels, in her abdomen. She was then back in the operating room for a procedure to help prevent more clots from dislodging and traveling to her lungs.” Due in part to the delayed diagnosis, the winner of 23 Grand Slam titles was bedridden for her first six weeks of motherhood.

Professor Lampkin also shared a video that featured Charles Johnson IV who has filed a lawsuit against Cedars-Sinai Medical Center in Los Angeles over the death of his wife Kiyra Dixon who experienced hemorrhagic shock due to acute hemoperitoneum and passed away after a routine C-section. Johnson, who recently testified about maternal mortality before Congress, shares in the video about how he regrets not speaking out more forcefully to alert the medical staff to his wife’s obvious bleeding, but felt at the time that he did want to appear like an “angry black man.”

Concluding his talk, Lampkin focused on faith and drew attention to the definition of the whole community. Stating that “we need a clear and distinctively religious voice on the issues surrounding health disparities,” he raised the question: when Adventists talk about wholeness in terms of care are they including the whole community equally? In calling for a fresh look at the Adventist bioethics agenda he invited his audience to reflect on Williams’ and Johnson’s recent stories and the problematic history that impacted their lives, and asked: “Who will speak?” And what will we reply?

Angeline David, director of health ministries for the North American Division, led the breakout session on opioids that began with a consideration of opioid stewardship and efforts to reduce the amount of opioids that walk out the door of a hospital. Robert Smith, chief medical officer at Kettering Medical Center, said Kettering sits in the center of the crisis on opioids, and that they have turned to the state and federal government for assistance. In their emergency room, they look for alternatives to opioids to give to patients, and their team will meet with a patient right away to discuss alternatives. The conversation broadened out to addiction in general, with several people noting the importance of understanding addiction as a disease.

Abortion was the topic for a lunch hour presentation by Gerald Winslow, director of the Center for Christian Bioethics at Loma Linda University Health. He described the history leading up to the 1992 guidelines on abortion adopted by the Seventh-day Adventist Church that has six major points:

2. To be gracious rather than judgmental

4. To limit abortion to most serious reasons

5. To empower the pregnant woman’s decision

6. For the church to give guidance for a decision not governance

“Where are we headed on this topic?” Winslow asked and then acknowledged the current political controversy building around the Supreme Court decision Roe vs. Wade. Within the church, he said, there is renewed pressure to revise the Adventist guidelines and rumors of demonstrations being planned to coincide with the 2020 General Conference Session in Indianapolis, Indiana. He noted that General Conference President Ted Wilson has defended the current church guidelines. What would help, he said, would be sharing information about what each of the systems are doing, and he volunteered his office to be the collection point for the information.

Randall L. Roberts, vice president for spiritual life and mission at Loma Linda University Health and pastor of Loma Linda University Church, gave the morning devotionals. “My simple message for you is that Jesus heals. How, might be your question. How does Jesus heal?” In his first message on the healing ministry of Jesus, Roberts used the story of the leper to demonstrate that Jesus healed by touching. In his second message, Roberts said that Jesus healed pain through friendship. For an example, he told the story of the paralytic man whose four friends each took a corner of a blanket to let him down before Jesus. Do you have friends who will pick up a corner of your life? He asked.

Carlyle Walton, president of the Adventist Health Policy Association, described opening the Washington, D.C. office for the association just blocks from the U.S. Capital. He talked of meeting with Senate Chaplain Barry Black and media representatives. “We have committed to a presence in D.C., and to becoming more engaged in debate on a national level relative to the transformation of health care,” he said.

In his plenary address on theology and ethics for the whole community, Alex Bryan, administrative director for mission identity at Adventist Health, traced the history of hospitals back to antiquity when the physical body was considered evil and disease was a curse. There was no health care, no social support. People loved only their own. That was the world that Jesus was born into, the world that he challenged as he healed and taught his disciples to love. Jesus turned upside down the prevailing ideas of his day. How do we step up to the moral issues of our day, he asked.

Health issues in our day often have legal implications, and lawyers from the various health care systems were there to discuss the intersection of law and ethics. Chris Johnston, associate general counsel for Loma Linda University Health, gave a brief overview of health care law to begin a discussion of specific cases. The law tells you what you are required to do,” he said, “but the law will not tell you what you ought to do.” What do you do when you have a 14-year old child with limited mental capacity who has been impregnated by her mother’s boyfriend? California law says that all decisions about reproductive health belong to the individual. What if the person doesn’t understand? Do you tell her father? This case prompted a lively discussion. Johnston’s advice when the ethics of a situation seems to be in contradiction of the law was to involve as many people as possible in the decision.

The variety of the backgrounds for the many people at the conference made for thoughtful conversations about health care decisions, including decisions that at times can lead to moral regret, another topic that was reviewed with personal questions focusing the discussion. What are the sources of moral regret that you’ve experienced? How has moral regret changed your actions? How does moral regret manifest itself in your system?

Religion met real life in those two days spent at Adventist Health as story after story illustrated that health care decisions, moral decisions are made in the context of personal stories. The importance of history was illustrated from the time of Jesus to the present. The group will meet again in May of 2020 at AdventHealth University in Orlando, Florida.

Video recordings of the plenary sessions may be viewed at www.adventistbioethics.org

Bonnie Dwyer is editor of Spectrum. Alexander Carpenter is a board member of Adventist Forum, the organization that publishes Spectrum.