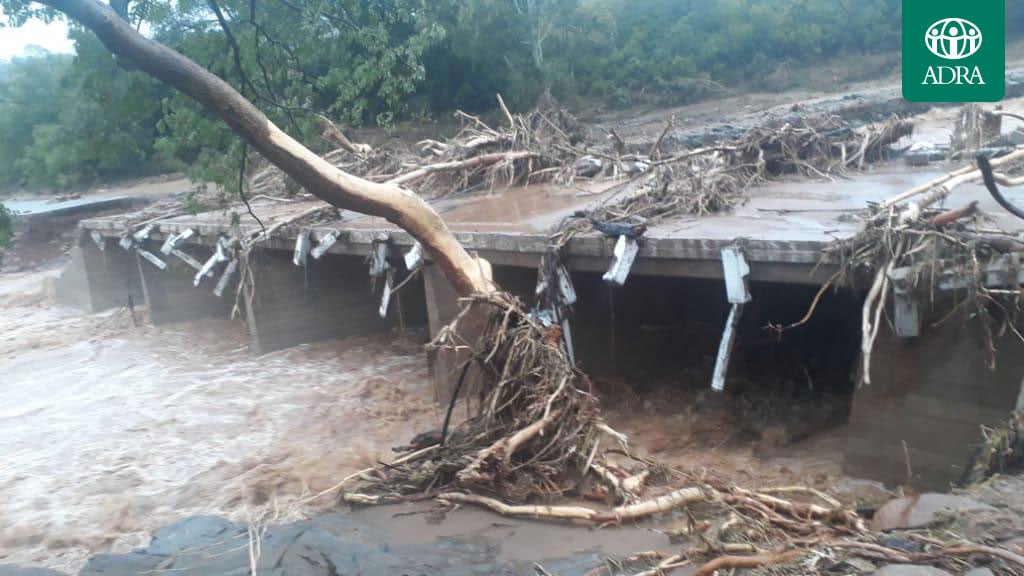 SILVER SPRING, MD (March 19, 2019) – As swiftly as it came, Cyclone Idai barreled through Mozambique, Malawi, and Zimbabwe over the weekend, leaving thousands of people displaced. Reports also now estimate that 84 people are confirmed dead in Mozambique, but according to Mozambique’s president, Felipe Nyusi, the death toll could likely rise to nearly 1,000 people in Mozambique alone. In total, more than 1.5 million people are being affected throughout the three countries in the aftermath of the cyclone.

President of Zimbabwe, Emmerson Mnangagwa, has declared a national emergency after the powerful cyclone devastated Zimbabwe killing more than 30 people. Bridges and roads were destroyed, over 100 houses collapsed, and more than 70 people have been reported missing. Ongoing rescue efforts continue in Zimbabwe, and throughout hardest hit areas in Mozambique and Malawi.

“It’s very rare that a cyclone of this magnitude occurred in this part of the world and caused so much mayhem,” says Mario de Oliveira, emergency management director for the Adventist Development and Relief Agency (ADRA). “A lot of our efforts right now are devoted to getting food, shelter, and clean water for the people most affected in the Chimanmani and Chipinge districts. It’s been difficult though as there are numerous road blocks to get to people, and electricity has been down cutting off access to communication.” 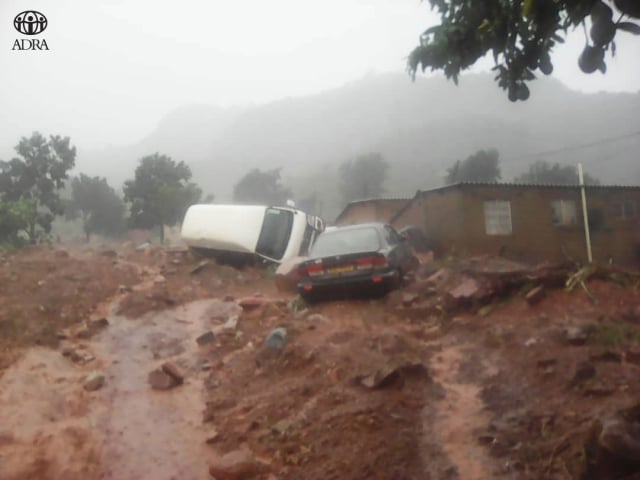 ADRA has been on the ground since the aftermath in Zimbabwe helping up to 650 households with food and hygiene kits with plans to provide further assistance in hardest hit areas. ADRA has also been helping people in Mozambique and Malawi previously recover from heavy floods affecting thousands of people prior to the cyclone’s landfall.

ADRA has deployed on March 18, 1,000 shelter kits and 2,000 tarps to Mozambique with the assistance of a UN flight convoy to assist the population in Beira, Oliveira added. “We are also in the process of deploying to Malawi emergency kits from our depots in Nairobi.”

Though the cyclone has passed, heavy rains continue to pour causing a rise in flood waters. Among those affected are students, where reportedly over 200 classrooms have been destroyed in four provinces in Mozambique.

ADRA is working with local authorities, humanitarian organizations, and local Adventist churches in order to avoid duplication of aid relief and mobilize additional resources in Zimbabwe.

Contributions are being accepted at ADRA.org/disasters. 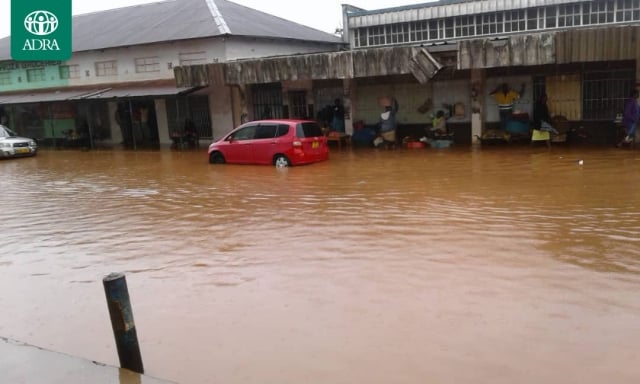 This press release was provided by Kimi-Roux James, communications specialist for ADRA.