Biblical Prescriptions for Health and Diseases

Biblical Prescriptions for Health and Diseases 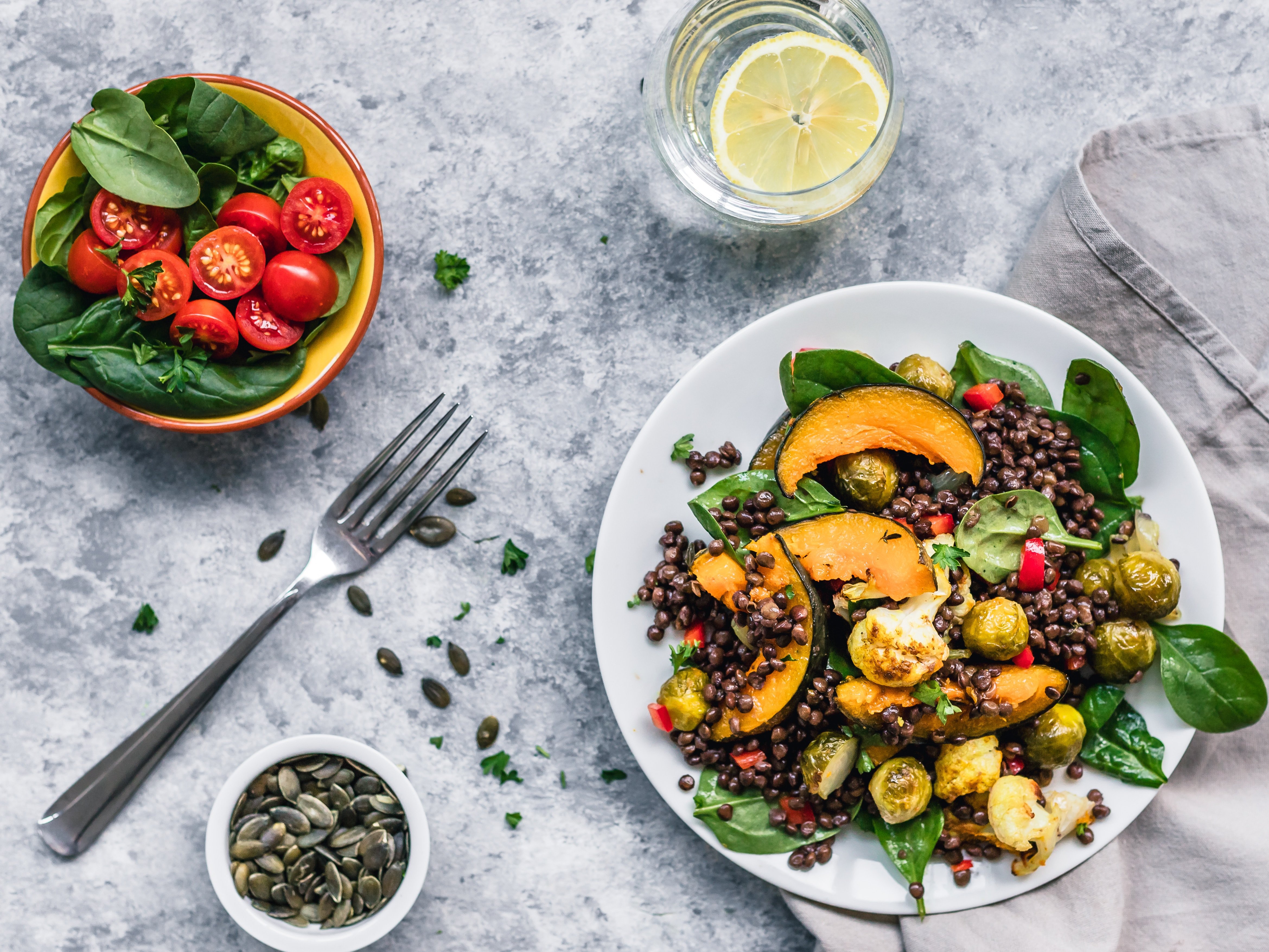 The Bible is full of promises. Yet one that tends to be overlooked is this promise: “If you listen carefully to the voice of the Lord your God and do what is right in his eyes, if you pay attention to his commands and keep all his decrees, I will put none of these diseases on you which I have brought on the Egyptians, for I am the Lord who heals you,” Exodus 15:26 (NIV).

Is this relevant for us today? We who live in an unprecedented time of scientific and medical advances? A time when many diseases of the past have been totally eradicated?

In this article we will explore two areas: What were the Egyptian diseases? And what are His commands and prescriptions for us today?

What were the Egyptian diseases?

In 2009, a team of medical scientists led by Dr. Gregory Thomas of University of California at Irvine and Dr. Michael Miyamoto of University of California at San Diego went to Cairo to study the mummies of dignitaries from 3,500 years ago. These were the ones whose wealth and social status afforded them a lifestyle of ease and gluttony. Using CT scans, the researchers found that 80 percent of the mummies examined had calcification in the coronary arteries. Along with heart disease, cancers, diabetes, and obesity were also found. Some of them died quite young, in their 40s and 50s.1

How interesting that heart disease, cancer, and diabetes so prevalent today could find its counterpart 3,500 years ago in ancient Egypt! Separated by three-and-a-half millennia, what would account for the fact that identical diseases were found? Could it be that the ancient diet of the upper class, rich in meats, delicacies, and fats, is the same diet that has made rapid forays into the contemporary Western diet? A diet that has recently experienced enthusiastic global consumption?

What are God’s commands and prescriptions?

God said if we pay attention to His commands He will not put any of these diseases on us. Now let’s look at one of these commands. Leviticus 3:17: “This is a lasting ordinance for the generations to come, wherever you live: You must not eat any fat or any blood” (NIV).

What kinds of food have fat and blood? Animal foods. God told the Israelites not to eat fat and blood. This text says it is a lasting ordinance. Another translation (The Living Bible) says it is a Permanent Law, a rule to be kept forever. One may think that this is an ordinance for the Jews only, but actually it is for all people. God loves everyone and that includes all of us. While wandering in the wilderness, the Israelites craved for the meats they had in Egypt. They complained day and night. Finally God gave in to their mumbling and grumbling and sent in quails that covered the entire camp (Exodus 16:12, 13; Numbers 11:31-33). Ecstatic, the Israelites caught the birds and ate to their heart’s content. Gorging themselves brought disastrous results. Many got sick and died.

God did not want them to eat fat and blood. What then did God want them to eat? In the first book of the Bible, Genesis 1:29: “Then God said, I give you every seed-bearing plant on the face of the whole earth and every tree that has fruit with seed in it. They will be yours for food.” Seed-bearing plant and fruit with seed — seeds have life. They are living foods. The original diet God gave our first parents Adam and Eve consists of grains, beans, nuts and fruits — these foods contain seeds rich in vital nutrients and live enzymes. The couple were vibrant, strong, and of keen intellect. They had none of the Egyptian diseases nor suffered our present day health problems. In the recent decades, medical and nutritional scientists are recognizing the superiority of a whole foods, unprocessed, plant-based diet originally provided by our loving Creator.

What are the common killer diseases today?

The number one killer disease in the U.S. and around the world is heart attack. In the United States, every 30 seconds a person dies of a heart attack — 1.2 million deaths a year! Globally, deaths from cardiovascular disease account for 17.3 million with an expected growth to more than 23.6 million by 2030.2

What is the number two killer disease? Cancer. Every minute one person in the U.S. dies of cancer, which translates to over 600,000 deaths a year. Worldwide, cancer is also among the leading causes of death. Cancer-related deaths are projected to increase by 60 percent from 8.2 million to 13 million by 2030.3

Regarding heart attacks and cancers, the National Heart Institute and National Cancer Institute have indicated that much of these diseases are diet-related and are preventable. Unfortunately, our health care emphasis is on treatment, with very little on prevention. How good are the treatments? The statistics cited above — 1.2 million deaths from heart attacks and 600,000 from cancer annually in the United States — do not reflect well upon treatments. Treating symptoms rather than targeting the cause is like the futile attempt to stop a flooding floor by mopping while ignoring the running faucet. Figure 1 (below) shows two men struggling to deal with the flooding waters with a mop and a mechanical pump, all the while the open faucet continues to pour out water. Both of them look at the open faucet but did not think that is the problem. It would be too simple. The inset shows a committee meeting trying to come up with more efficient pumps. Treating the symptoms rather than the cause results in poor outcomes and unnecessary loss of lives. 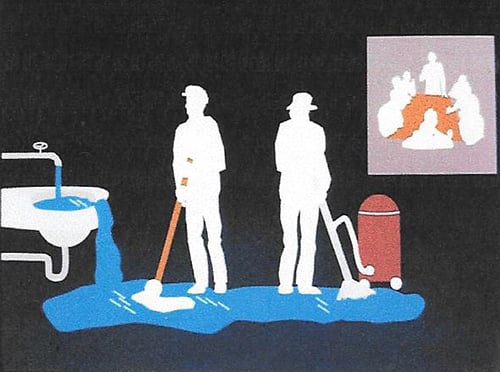 For over three decades, our team at Loma Linda University Medical School has conducted cancer research. We studied surgery, radiotherapy, chemotherapy, and immunotherapy. All these modalities were found to destroy cancer cells but often only temporarily, and sooner or later cancer returns. We also studied phytotherapy and found it to have better results.5

What is phytotherapy? Phyto means plant. Phytotherapy is the use of a plant-based diet to heal and to restore the body. We are talking about God’s original diet recorded in Genesis 1:29. Our research shows Phytotherapy has a two-fold action on cancer cells:

1. Phytotherapy is a nontoxic chemotherapy that selectively destroys cancer cells while doing no harm to normal cells. That is to say that in the whole plant-based diet, it contains anti-cancer molecules that target just the cancer cells, and yet protect and nourish the healthy normal cells.

In 2014 we published a book Stop Cancer with Phytotherapy5 (Figure 2) which presents recent research findings of the powerful role of a plant-based diet in defeating most cancers. The clarion message in the book is this: Regardless of treatment choices (surgery, chemotherapy, radiotherapy, or no treatment), a change in diet and lifestyle is absolutely essential to stop cancer. And not just cancer — heart disease, diabetes, and other health issues will also benefit by an unprocessed plant-based diet. And of course, such a diet has powerful preventive and protective functions as well. 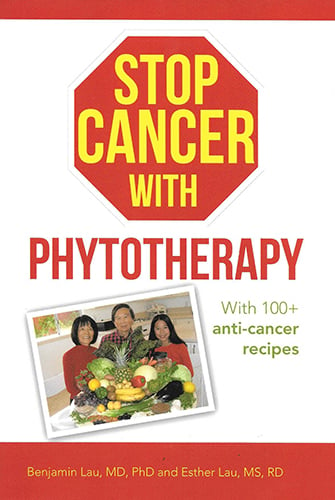 With a shift from natural farming to animal factories, and the widespread use of hormones for rapid growth, antibiotics for infection control, plus the continuous spray of toxic pesticides, chemicals, fungicides, and insecticides, the safety of consuming animal products, including milk, dairy products, and eggs is seriously compromised. All these foods along with refined sugars are “cancer promoters.”5

We would like to share three statements Mrs. Ellen G. White wrote in her book Counsels on Diet and Foods. On page 404: “If meat eating were ever healthful, it is not safe now. Cancers, tumors, and pulmonary diseases are largely caused by meat eating.” On page 356: “Teach people to prepare food without the use of milk or butter. Tell them that the time will soon come when there will be no safety in using eggs, milk, cream, or butter, because disease in animal is increasing.” The book was first published in 1902 — 117 years ago. On page 328, she spoke of the detrimental effects of sugar: “Milk and sugar clog the system, irritate the digestive organs, and affect the brain. Sugar, when largely used, is more injurious than meat.” In recent years, science has confirmed the validity of her statements again and again.

In the last few years, we have been saddened to witness the premature deaths of colleagues and church members to pancreatic cancer. Their lives were cut short from their service and ministry. From the published literature we found milk, eggs, and sugar contribute to pancreatic cancer.6 These three items also promote breast, ovary, and prostate cancer. The Adventist Health Study reports that the incidence of lung and digestive system cancers of Adventists is lower than those of non-Adventists. Breast cancer rates between these two populations are not significantly different. What is troubling is that Adventists have more ovarian, uterine, genital, and prostate cancer than non-Adventists!7

While much in life is outside of our control, what we put into our bodies is within our control. Choose wisely what goes into the body. One simple way is to take time to read the list of ingredients when buying groceries, particularly the packaged, canned, boxed, or bottled items. Most processed items contain milk, eggs, and sugar — a deadly combination. Spend more food dollars in the produce aisles for fresh fruits and vegetables.

As much as possible, use the fresh produce in their natural, unadulterated state. Include a rainbow of colors in your selections. Not only are they pleasing to the eye and bursting with flavor, but their health benefits cannot be touted enough. Although a dietary change to grains, beans, nuts, fruits, and vegetables may take some initial adjustment, it actually is a return to what food should be — wholesome, pure, sustaining, and nurturing to our body, mind, and spirit.

This brief anecdote illustrates the dramatic difference in outcomes of two different types of food. Our neighbor, Mrs. G., was a gracious, charming lady. Shortly after losing her husband, she was diagnosed with dementia/Alzheimer’s disease. Ann, a young lady hired to care for her, provided her with loving care along with nutritious, plant-based meals. Amazingly, Mrs. G. regained her memory and her previous kind, gentle ways. However, every weekend her children would take her to their home where she was treated with sweets and other rich foods containing milk, eggs, and sugar. Upon returning home on Sunday, she would become confused, agitated, and even violent. Patiently Ann would try to soothe her with massage and hydrotherapy while continuing to provide the nutritious plant-based meals. By Wednesday Mrs. G. would calm down, and by Friday she returned to her usual high functioning self, only to repeat the pattern of the weekend. After witnessing such an endless cycle, Ann was convinced that the weekend diet contributed to the dementia.

Yes, illness comes as does death in this imperfect world. But the myriad of seemingly small choices we make daily can do much to reduce our chance of illness and to improve our lives and our ministry. We can choose to live a healthful balanced lifestyle designed by a loving Creator, and a meaningful relationship with Him and with others. In so doing we can rest in His promise for a more abundant life here and, most importantly, for life throughout eternity.

Photo by Ella Olsson on Unsplash