Being a Black Christian Woman in Brexit Britain

Being a Black Christian Woman in Brexit Britain 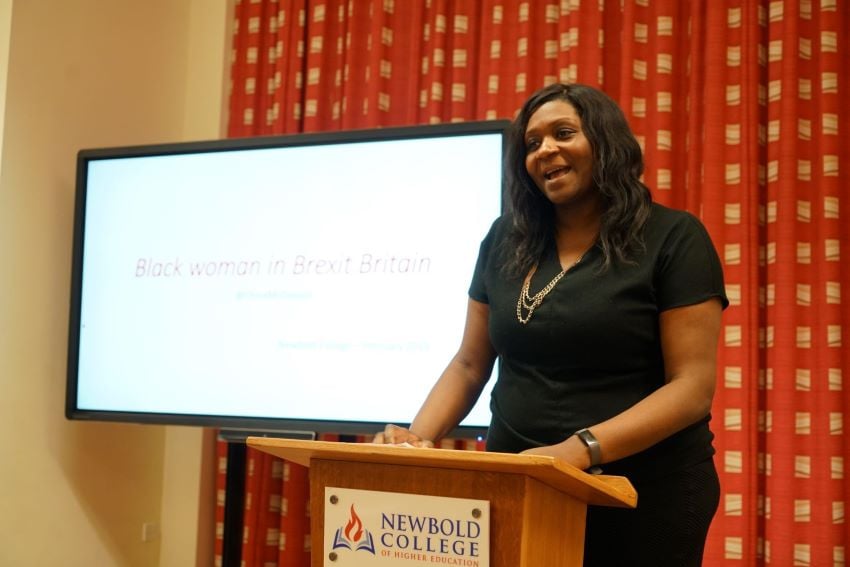 The February Diversity lecture at Newbold College of Higher Education was a sober reminder of the dangers of partial story-telling in the country and in the churches.

Speaking on the evening of 5th February in Newbold’s Smith Centre, the lecturer, Chine McDonald - Media, PR & Content Lead at Christian Aid, offered insights into three stories and the dangers of telling them lazily. The first was McDonald’s own story as an African woman growing up in the UK. Inevitably that story has intertwined with the Brexit story. And then there was the story of her experience in the church. All three offered challenges for serious reflection.

A Nigerian Ibo woman born in Lagos, McDonald moved to the UK at age 4. Chine recounted her heightened awareness of the way in which she and her maiden name, Mbubaegbu, were viewed. Some British preconceptions about Africa, the vast sprawling diverse and beloved continent of her birth, were betrayed by people’s questions: ‘Did you live in the jungle?', 'Have you seen a lion?', 'Did you have enough food to eat?'  She often wondered whether these preconceptions formed barriers of 'otherness' that had to be overcome before people could get to know the person behind the name. 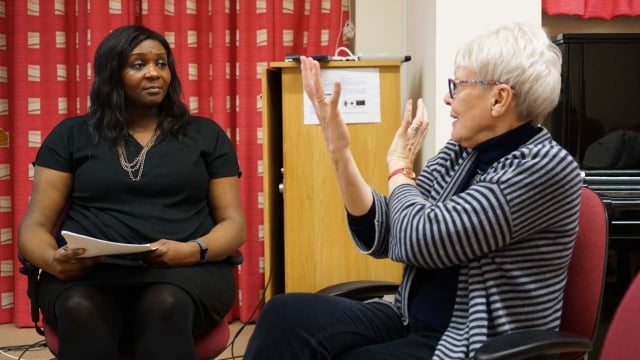 Working with Christian Aid, she has become particularly aware of the role of NGO communications in shaping foreign perceptions of African progress. Stories about poverty in her homeland and the myth of the 'white saviour' show that "we simplify each other into the stories we have about each other," she said. "We tell a lazy story about what is wrong the world. In all our storytelling we have to do better than this."

Focusing on to her life as a black woman in Brexit Britain, McDonald recounted her growing recognition as a child that to be black made her in some way ‘lesser’ and ‘other’ – and to be a woman was similarly marginalising. The effect of the racist murder of black teenager Stephen Lawrence when she was nine years old changed "the way we felt about our UK home," she said. "We felt vulnerable and conspicuous." When she was sneered at in the street on her way from the Brexit vote (before the result was known), she was reminded of that earlier time. Since then, the "unspeakable has become not only speakable but commonplace."

And so to the responsibility of the church. "Diversity is a fact but inclusion is a choice," Chine reminded us. People of faith have a responsibility to be destroyers of walls. We must listen to people from ethnic minorities who say they feel unsafe and unwelcome. We must recognise, call out and report racism both inside and outside the walls of the church. And this is advice for everyone. "However we voted in the [Brexit] referendum, we must not tolerate prejudice and xenophobia of any kind in our midst." 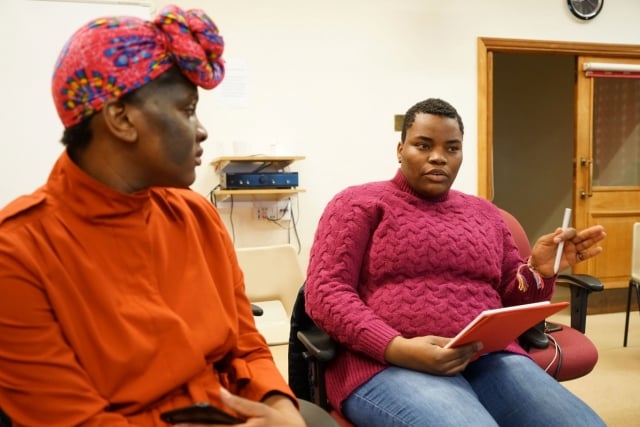 But McDonald was clearly not in favour of being colour blind or failing to enjoy diversity. She painted a picture of the multicultural Britain that she loves in Deptford, near her home: "Cockney butchers next to Halal butchers. Nigerian hairdressers being visited by south-east Asians and sharing food at lunchtimes." The important thing is "to appreciate better the advantages of otherness and difference" and "to offer each other the hand of friendship not in a trite and superficial way but with a deep level of understanding that is rooted and established in love."

She emphasised that we must overcome our natural tendencies to blame the other as she talked about more than just gaining understanding and building community across ethnic divides. In response to questions in the Q&A session, she shared her thoughts on the whole issue of gender in a world where she is frequently in the minority in the boardroom. Some female theology students in the audience sought recommendations on support and self-care for women leaders. McDonald encouraged them to develop a support network of women in leadership.

The lecture finished with the words of Martin Luther King Jr. from the Birmingham [Alabama, USA] jail. "Let us all hope that the dark clouds of racial prejudice will soon pass away and the deep fog of misunderstanding will be lifted from our fear-drenched communities and, in some not too distant tomorrow, the radiant stars of love and brotherhood will shine over our great nation with all their scintillating beauty.”

The full lecture can be viewed online on the Facebook page of Newbold College of Higher Education: https://www.facebook.com/newboldcollege/videos/356839614904695/

This article was written by Helen Pearson and originally appeared on tedNEWS, an information bulletin issued by the communication department of the Seventh-day Adventist Church in the Trans-European Division.