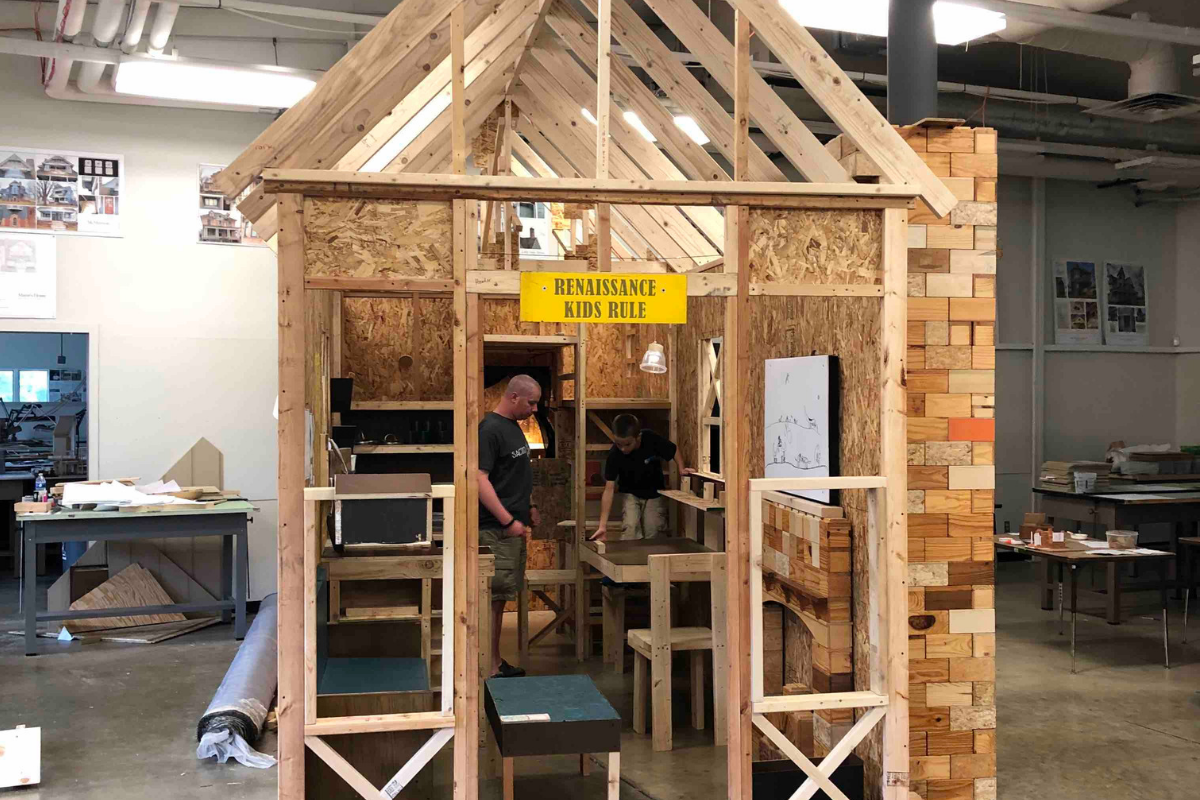 Each year, the children of St. Augustine’s Episcopal Church in Benton Harbor, Michigan raise money for well-known charities like Habitat for Humanity, United Way, and St. Jude’s Hospital. This year, the kids had something closer to home in mind. When they approached their youth leader, Cara Gillespie, with the idea of building a tiny house for a person in need, she knew just who to call for assistance on the project.

Last year’s Renaissance Kids camp had the theme “A Home Is More Than a House” and this year’s theme was already set as “Compelling Dwellings” which melded perfectly with the youth group’s “Tiny House for Big Change” project. But there was one small problem. Moreno informed Gillespie that the cost to construct a furnished 150 square foot tiny house would be approximately $30,000 — well outside Gillespie’s modest budget. Not to be deterred, the pair began enlisting the help of the local community, starting a GoFundMe page and asking area organizations to be involved. To date, they’ve raised over $35,000, with the help of two anonymous grants early on, a recent one from the Berrien Community Foundation, plus a variety of smaller donations from individuals. There will also be an auction on August 4, 2019, where various items created by the Renaissance Kids will be available to bid on including playhouses, bird houses, dog houses, and more, with proceeds benefiting the tiny house project. Whirlpool Corporation, which is headquartered in Benton Harbor, has also donated appliances for the auction. 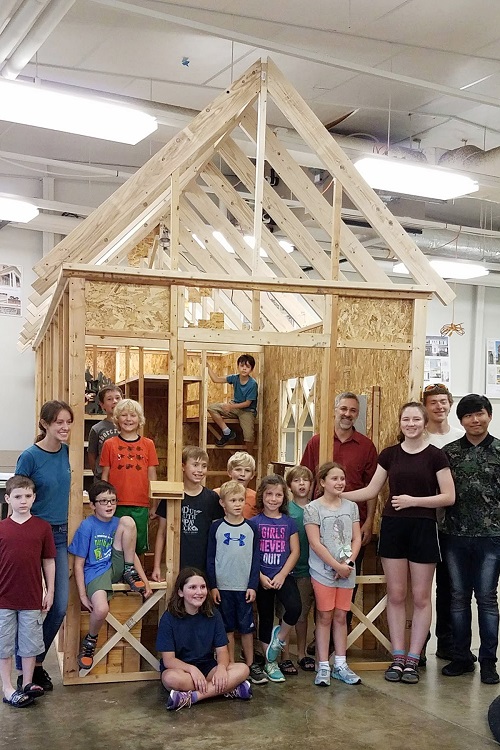 The Benton Harbor Habitat for Humanity is involved with the project as well, donating the land where the tiny house will be located, and choosing the individual who will be its first resident through Habitat’s Harbor Hope initiative which provides life skills and training to individuals in transitional situations. This will be a first for the city of Benton Harbor, which does not currently have transitional housing available. The individual will be able to stay as long as they need, and will be charged a nominal rent and will pay utilities. The rent payments will go into a fund to cover general maintenance on the structure, and hopefully, support the building of additional tiny houses in the future.

Construction on the tiny house is set to begin in 2020. This past school year’s fifth year architecture students designed it, and next year’s students will build it. Martin Smith, an Andrews architecture professor who teaches the Design Build course, described the tiny house as an “ideal project” for the fifth years. The School of Architecture has long-emphasized the importance of architecture being used to serve community, and this project matches that mission. The School has also had an invested interest in tiny spaces for several years now, with the fifth year students creating tiny houses in the past, and converting shipping containers into an art gallery for Benton Harbor and a mobile health clinic that now serves people in the country of Chad. In summary, “Architecture should be connected with nature and with each other,” says Moreno.

The Renaissance Kids camp kicked off this week, on June 10, 2019. Follow their progress on the Facebook page here: https://www.facebook.com/renaissancekids.architecture/

If you’d like to support the project, you can do so on the GoFundMe page here: https://www.gofundme.com/65ha1uo