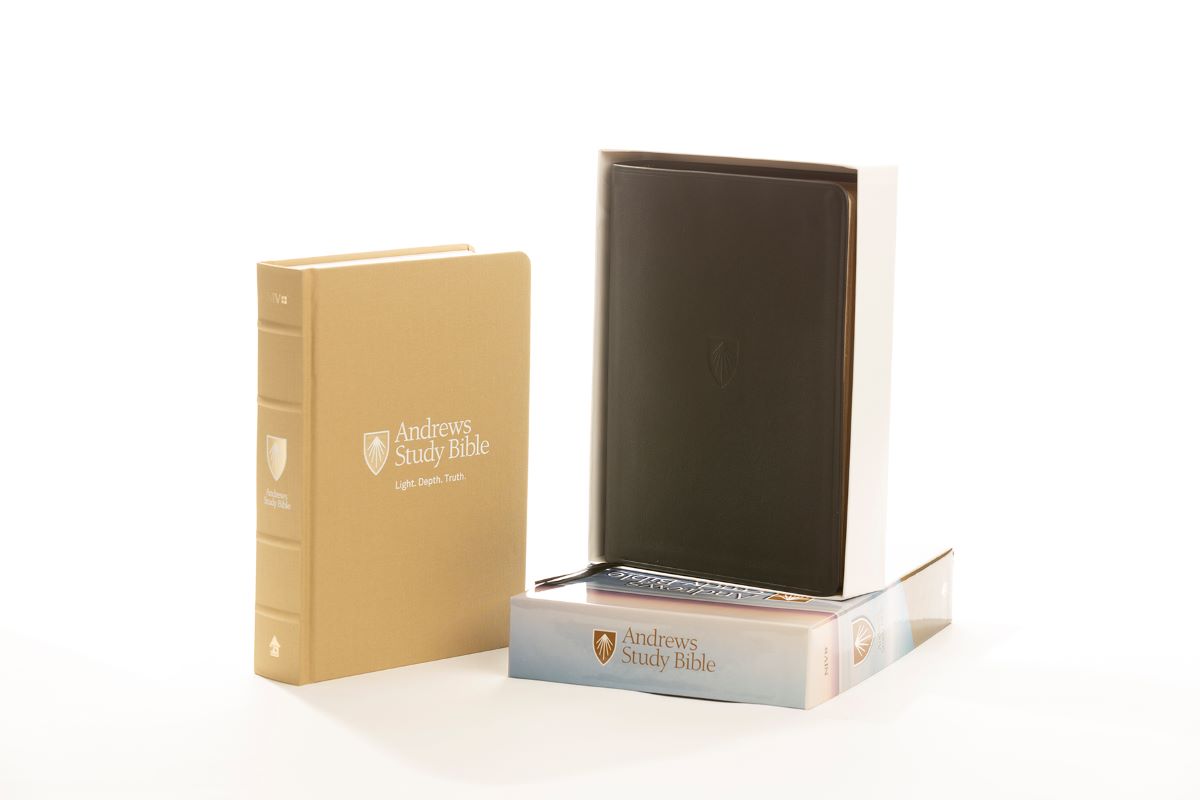 The Adventist Church’s most comprehensive one-volume Bible study resource has just extended its reach in a big way, according to an announcement by Andrea Luxton, president of Andrews University.

On Thursday, September 5, the University will release for sale the long-awaited New International Version (NIV) of the landmark Andrews Study Bible. In addition, nearly 700 new students at Andrews will receive a complimentary copy from the University, continuing a tradition that began in 2011 but now takes place for the first time with the NIV.

“We’ve been planning on this for many years,” Luxton said. “The Andrews Study Bible was first published by Andrews University Press just before the General Conference of 2010 in the New King James Version (NKJV). It’s been a huge blessing to the church in its regular retail, evangelism, prison ministry and electronic formats, all in the NKJV. But we also knew right from the beginning that a large segment of the church finds value in a more contemporary English translation.”

The Andrews Study Bible was partially funded by a grant from the General Conference in 2008, as arranged by then Andrews president Niels-Erik Andreasen, according to Ronald Knott, director of Andrews University Press. Knott said that a formal Project Committee of GC leaders and Andrews administrators oversaw the project and delegated development to Jon Dybdahl, former president of Walla Walla University, who served as general editor. Dybdahl put together a team of more than a dozen scholars, approved by the Project Committee, who wrote the study notes and general articles. Since publication in 2010, nearly 150,000 copies of the NKJV Andrews Study Bible have been sold.

Knott said that in addition to the thousands of study notes, the most important feature of the Bible, generally not found in other study Bibles published by evangelicals, is the linked theme reference system that connects, in a systematic way, many of the key teachings of the Bible.

“This is the core of the value of the Andrews Study Bible,” Knott said. “You can trace any of nearly 30 key themes or teachings of the Bible, starting almost anywhere, to get a broad understanding of how the Bible addresses these important topics. That system is supported by a rich theme index in the back, along with other study notes.”

The process of adapting the content of the study notes from the NKJV to the New International Version was a long and sometimes tedious task, according to Scottie Baker, editorial and marketing coordinator of Andrews University Press. “Each note had to be evaluated for its continuing relevance and rewritten to correlate with the translation of the passage. That meant that some notes could be dropped because the NIV translation made the matter obvious,” Baker said. “Other times, new notes had to be written to address issues raised by the new translation. All the book introductions, articles and front matter had to be adjusted carefully. And of course, we used this as an opportunity to strengthen existing content. All of these matters were referred to Dr. Dybdahl for his oversight.”

“Back in 2008, Dr. Andreasen said that the ultimate purpose of the Andrews Study Bible was to ‘produce a work that is academically credible, theologically sound and practically useful for the individual lay reader, and for wide distribution in Adventist evangelism,’” Luxton said.  “That purpose has been lavishly fulfilled in the years since and will be even more so now with the new edition in the NIV.”

The NIV edition of the Andrews Study Bible is the second major product in the University Press’s Bible study line, according to Knott. He said a third major product is deep into production right now. The Andrews Bible Commentary, also funded in part by the General Conference, is a concise yet comprehensive passage-by-passage one-volume Bible commentary authored by a team of more than 40 scholars under the general editorship of Angel Rodriquez, former director of the General Conference Biblical Research Institute. The Andrews Bible Commentary is scheduled for release in 2020.

“Dr. Andreasen, and now Dr. Luxton, in their broadly influential roles for the world church, as presidents of the University, have a dream that no matter how small a member’s theological library may be, the Andrews Study Bible, in either the NKJV or the NIV, and the Andrews Bible Commentary, which is designed for either, can give that member the basics for understanding the message and mission of this movement,” Knott said.

The New King James Version of the Bible for many years was controlled by the publisher Thomas Nelson, and the New International Version is controlled by The International Bible Society, which licenses the NIV in North America through Zondervan. Thomas Nelson and Zondervan are both owned by HarperCollins, which has licensed Andrews University to publish both translations for the Andrews Study Bible.

The Andrews Study Bible appearing in the NIV is the first time the same language has the study Bible in two different versions. The resource is also available in Spanish, Portuguese and Romanian.

Founded in 1874, Andrews University is the flagship institution of higher education for the Seventh-day Adventist Church and offers more than 200 areas of study, including advanced degrees. Its main campus is in Berrien Springs, Michigan, but the University also provides instruction at colleges and universities in more than 25 countries around the world.

This article was written by Gillian Panigot and originally appeared on the Andrews University website.